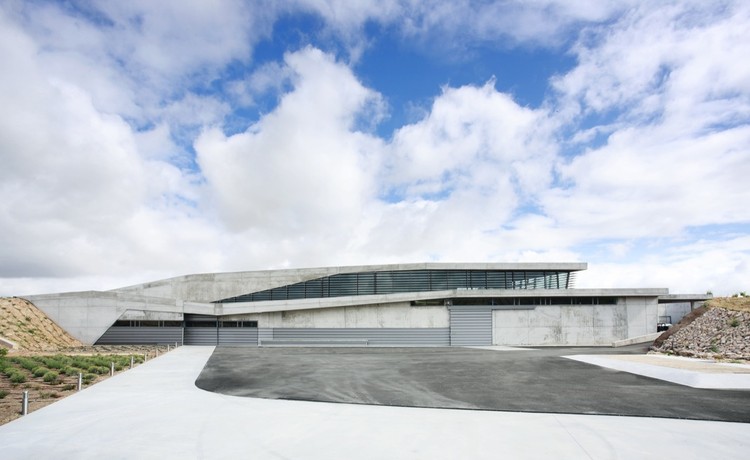 Text description provided by the architects. The location for the project is a small hill in the municipality of Peñafiel, in the Castilian plateau. It is a small winery surrounded by a vast vineyard, with a strong presence of the immediate surroundings that overlooks the natural environment of the area: the Duero river, the pinewoods, the various towns in the valley, the reservoirs and the Peñafiel castle.

The vineyard covers the whole hill. It has a path that starts at the highest point and runs east-west. It is this path that is used by workers during the harvest. There are also two access paths on the sides with the gentlest slopes, running north-south, that link up with the rest of the town.

The building has been conceived as part of the terrain, as an extra, partially underground, hill in the surrounding landscape. Therefore, following the vernacular design of buildings in this area, a on-site concrete structure has been used to ensure continuity of the earth with respect to the earth.

The building is structured along the existing path. This creates two different programmatic wings which, as if they were part of a topography, complement each other at different elevations. Thus, the opening between these roofs allows variations in the amounts of light that pours into the building. The wider north side houses the main production and storage rooms and uses the inertia qualities of the terrain. The narrower south wing is used for the spaces that complement the aforementioned rooms, as well as acting as thermal buffer. Between the three programmatic areas there are two structural and service centres, where the accesses, toilets, facilities and storage areas are found. The projection of these centres serves to transition between spaces and the two openings for the entrance of people and goods, respectively. The building thus extends longitudinally: the program is developed sequentially and in an orderly fashion.

The main accesses are carved into the more opaque, lower, less visually striking and better integrated northern façade. The stone- like façade bears openings that connect the field and the winery both physically and programmatically: five grape harvest gates that connect the rows of the vineyards and the five tanks, where the grapes are dropped by gravity, as in the days of old. The other two openings connect to the centres, the staircases, that link up to the preparation area or workroom and to the office, respectively. A basin acts as interface and flow container, is used by personnel and creates a point of cleaning before entering the office. 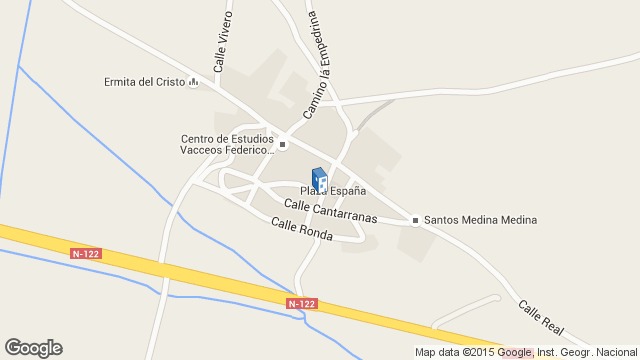 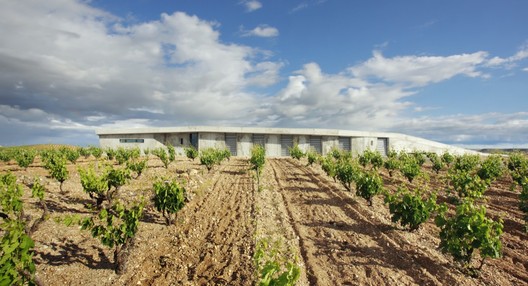