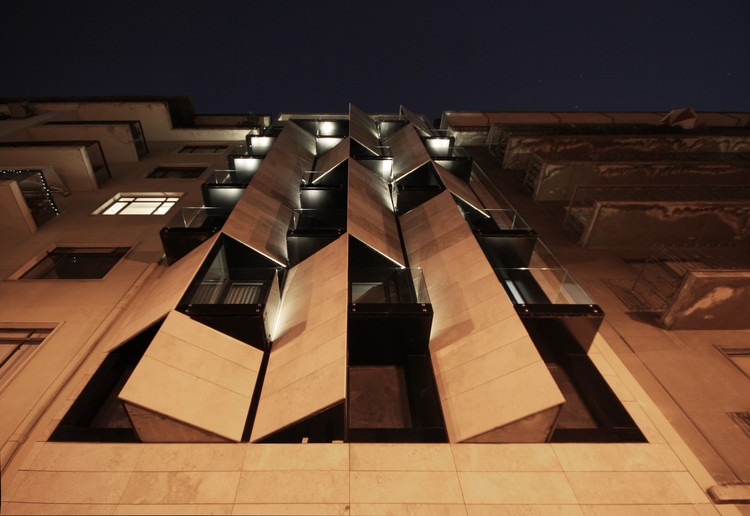 Ismael hotel is a small hotel that gets bigger due to its environment. The site has only 180 m² (9x20 meters), and overlooks two streets, Ismael Valdez Vergara and Monjitas.

The block is composed of 9-story high buildings with a continuous facade, reflecting different architectural styles from different times, as a cultural display of our architectural heritage in perfect conditions.

At the project site there used to be a 3-story building, declared "discordant and of little architectural value" by the National Monuments Council, which allowed us to think of a completely new project, with a contemporary proposal.

The project
This is a building in the city and for the city, so we wondered, how do we insert a contemporary project into a consolidated block? We understood that our intervention was like "an extra touch on an existing painting" so we could either hit it right or ruin it.

The project however does not correspond to any of the past eras, but rather to the present and therefore we believe that it should not resemble or mimic anything, nor try to adopt some preexisting architectural style. Instead, it should propose a language that reflects contemporary architecture, in dialogue with its environment from the predominant elements, solids and voids, colors and textures.

The architectural composition of the block considers three main orders:

From the viewpoint of the architectural language, the buildings on the block are characterized in each case by their balconies, as elements that are attached to the buildings, but with their balustrades, geometries and details define an architectural style and expression, either modernist, baroque or classical.

Thus, the project draws on a transparent base that makes the building appear to float above the ground, linking visually and functionally both streets. We therefore decided to break the hermetic nature of the block between the park and the city, and the building has access from both sides. The design of the body containing the rooms has balconies off each bedroom, which like the rest of the block, are presented as an expressive and volumetric element. Not as an attachment, but rather as part of the building. Thus the walls of the facade are folded, creating and containing the balconies, and generating a side window to the inside that increases the brightness of the rooms. The top of the building is again a void that programmatically solves a terrace - pool. 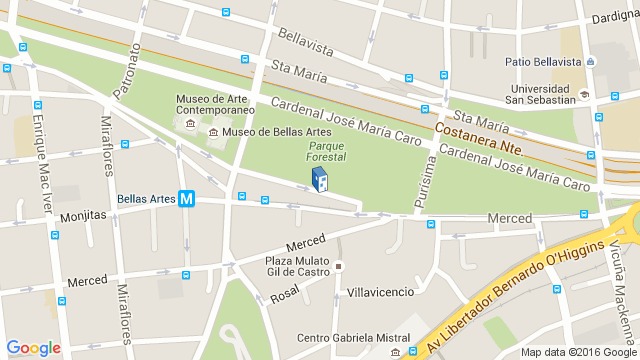