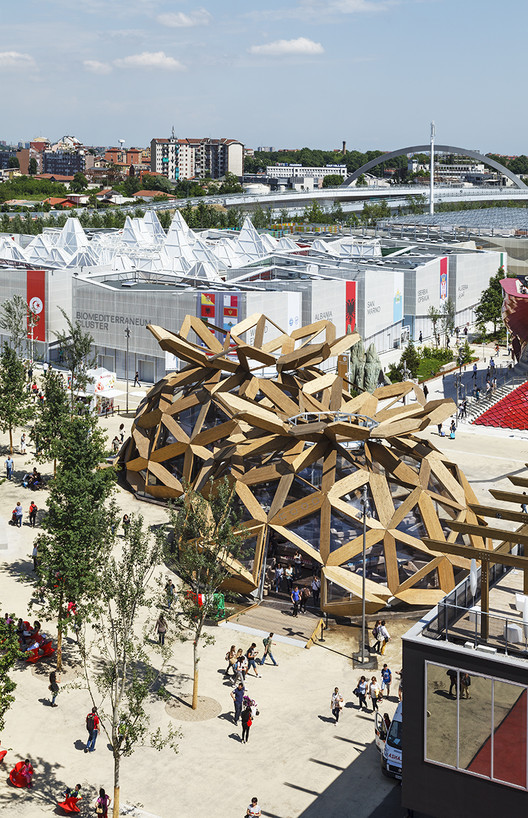 Text description provided by the architects. The pavilion designed for Copagri called ‘Love IT’ is located in the south-east part of the Lake Arena – a large circular pool of water at the end of the Cardo, one of the main axes of the Expo Milano 2015 masterplan – and surrounded by the European Union Pavilion and the Vanke Pavilion.

The seat located in a courtyard next to the Italian Pavilion, is called ‘Minamora’, a name which, in Italian, conjures up the auspicious concept of falling in love "M'innamoro", but actually comes from the Japanese word "Minamo" which means water surfaces.

The Dome : The project stems from the combination of two single domes of equal diameter, but different heights. The two domes together create a flexible and well-structured space that could be further subdivided in order to fit different needs of the internal spaces. The double dome consists of an “origami” of structural glulam elements, joined by steel plates.

The dome is conceived as a variation of the vast surrounding public space: for this reason, the structures present clear permeability and full congruence with the setting. The open nature of the structure is materialized in the use of natural lighting and natural ventilation.

The structure is composed of a big three-dimensional grid that gradually transforms in woven branches, as it grows to the open top of the dome. The structural elements become architectural ones, designing both the internal and the external facades as tree branches; the empty spots of the grid enhance air and light permeability, together with visual continuity between outside and inside.

The double dome is a prefabricated structure, made of spruce glulam with zinc-coated steel joints. Numerical control machines cut the structural elements, and they can be easily assembled and dismantled in agreement with Copagri’s need of reuse after the Expo, as expressed by the project competition requirements.

The upper part of the domes, called “the hat”, can host the required building services both for the building itself and for the Lake Arena, consisting of lights, loudspeakers, antennas …

An internal PVC sheet, suspended from the vertexes of the structure, covering the openings and avoiding water penetration, provides water resistance. The PVC seam follows the structural grid.

White translucent pressurized PVC cushions cover the internal space in correspondence of the central oculus: those cushions are not linked to the internal PVC sheet, guaranteeing natural ventilation through stack effect. Natural ventilation is indeed essential: in addition to the upper openings, all the perimeter of the dome is covered with a net fabric, whose zigzag pattern follows the structural grid and ensures ventilation.

The dome appears as a lighting element of the public square: the structure not only includes a self-lighting system, but also provides lighting for the surroundings: it sparkles like a glowing lantern and the light reflects on the Lake Arena water surface, amplifying the splendor of the area.

The spectacular lamps, also shaped as a dome, are suspended from the PVC sheet tie-beams and dangle from the structure to light up all the elements of the internal set-up.

According to the exhibitors’ needs, the dome has two entrances, in order to optimize the visitors’ flows coming from Palazzo Italia, from the Cardo and from the shows around the Albero della Vita.

The internal layout is organized in areas. The small dome will host 13 huge triangular counters, recreating the typical Italian market atmosphere. Each counter will host, rotating every week, unique and natural products, narrated by their farmers. Under the bigger dome, a cylinder will house a small cooking demonstration room, a multi-sensorial exhibit and two spaces dedicated to biological pizza and ice-cream tasting.

The entrance doors are made of an steel frame and wooden panels: those doors will be opened in the morning and kept open during all day. These modular panels, identical to the structural ones, can be opened and therefore reveal their real nature. In the closing hours of the dome, they will recreate the completeness of the wooden grid.

The foundation of the dome is a strip-footing ring made of reinforced concrete.  The internal floor is made of high-use-resistant and easy-cleaning, colored synthetic acid that become part of the concrete floor. 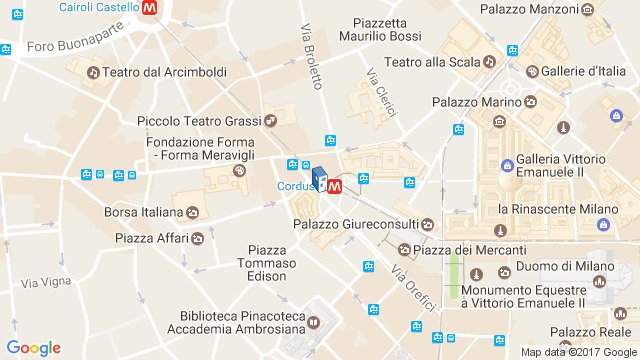 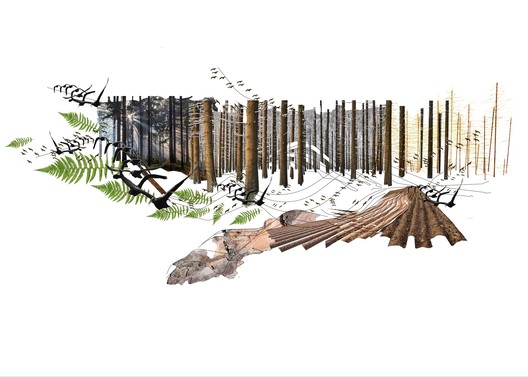