Save
Gallery: Mystical Photos of an Abandoned Chinese Village
Share
Or
Copy

Gouqi Island is a part of the Shengsi Islands, a group of almost 400 islands that comprise part of the Zhousan Archipelago outside of the Hangzhou Bay.

Though Zhousan has relied heavily on its fishing industry in the past, the rise of secondary and tertiary industries such as ship building and repair, shipping, light industry, tourism and service have left many fishing villages abandoned. Gouqi Island houses some of the best preserved villages in the Archipelago, and despite a diversifying economy, the Shengsi Islands remain an important fishery area, attracting over 100,000 fishermen every winter. 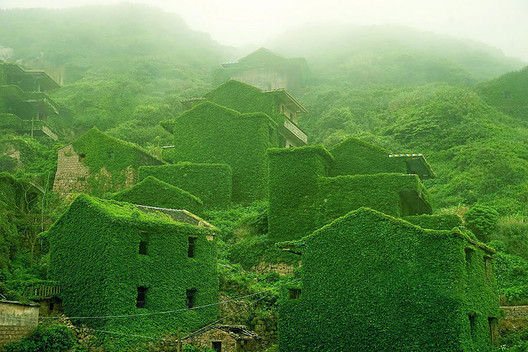