The act of remembering looms large in national cultures. Shared national memories act as a foundation for national identity, a unifying collective interpretation of history that can define what it means to belong in a certain place. Monuments loom even larger - define a national memory in concrete and stone, and you can help define your vision of the nation. That's why Nevena Katalina, a graphic design masters student at the University of Novi Sad in Serbia, has taken the famous abstract war memorials in the former Yugoslavia and translated them into posters, attempting to reconcile the imposing concrete forms with the impact they've had on culture and memory in countries around the former Yugoslavia. 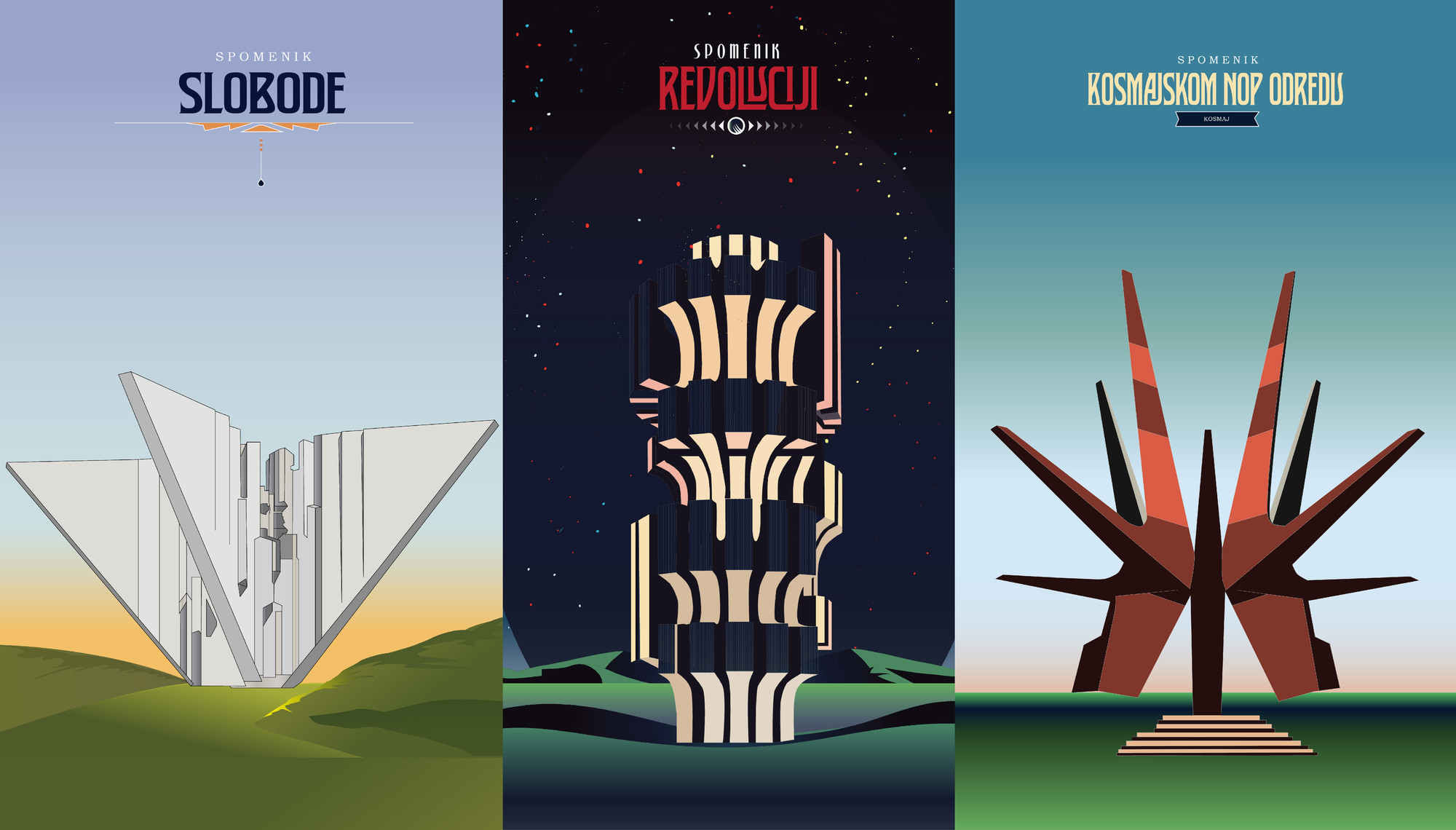 Now battered after years of turmoil in the region, the memorials were originally commissioned by President Josip Broz Tito throughout the 1960s and 70s in all the Republics of Yugoslavia in order to commemorate victims of fascism and militarism. Also designed to emphasize Yugoslavia's continuing independence from the Soviet Union and the dictates of Soviet Realism, the memorials were ideologically neutral, abstract and intended to remember all victims rather than the more nationalistic Soviet memorials to the Great Patriotic War. Instead, the memorials are powerfully paradoxical: modernist but heavily ornamented; abstract while using mythological and spiritual influences as a frame of reference.

Katalina's approach for her masters thesis has been to take these monuments as a typology; one that is used at historic sites across the former Yugoslavia - concentration camps, sites of battles and so on - and forms, in her words, "an invisible network of symbolic places which still generate Yugoslav space."

These monuments used to be huge draws for Yugoslavs, attracting millions of visitors before the break up of Yugoslavia, so aestheticizing them into graphic posters is a way for Katalina to communicate the ideology of the time, the need for remembrance and the vision of a shared Yugoslav memory in one folded-together package. 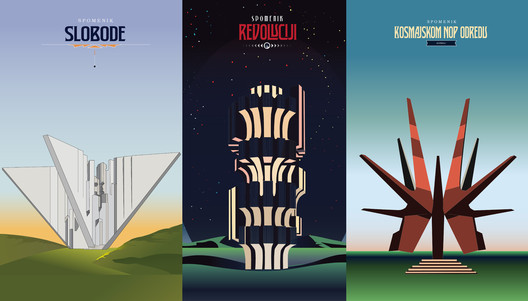