The question "what is the point of all this?" has dogged architecture for as long as anyone cares to look, but since the millenniumthe purely theoretical yet theoretically possible designs of Margot Krasojevic have taken this question as a challenge. Her latest proposal, a mesh shelter that takes the concept of snow caves and applies it to an artificial structure, is built for an eminently practical purpose: a built emergency shelter for climbers and others caught in extreme conditions. Yet the elaborate, high tech and naturally contoured structure is as much a thought experiment as it is a serious architectural proposal. 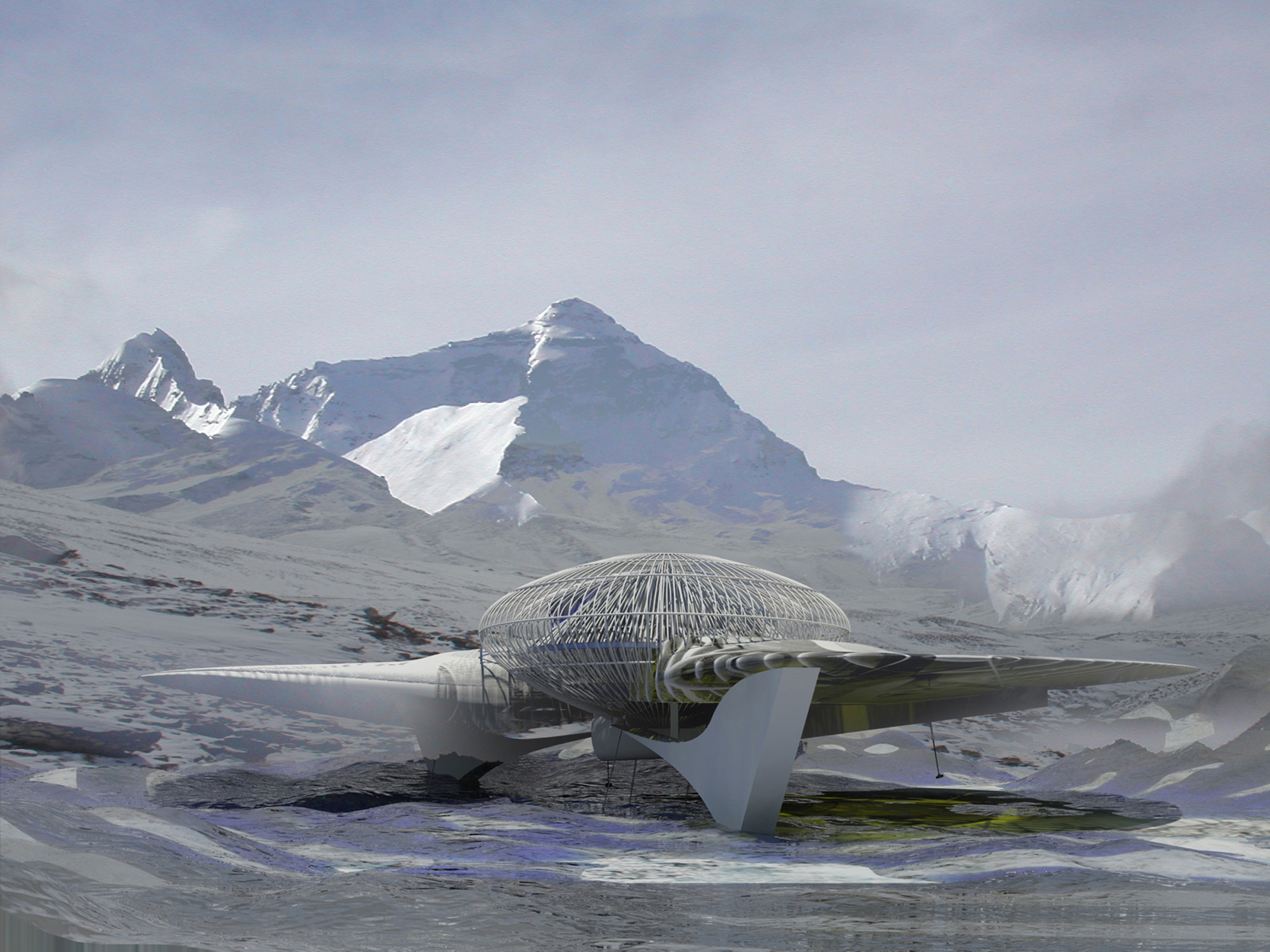 Snow caves, igloos and other snow structures all take advantage of the fact that snow is an incredible insulator. Relatively simple to construct and capable of creating a space that can be as warm as 16°C while outside temperatures drop as low as -40°C. Caves dug by hand can be built in a few hours and keep a human alive for several days, while more sturdy structures of packed snow function as seasonal dwellings. Krasojevic's proposal isn't exactly an artificial version of these snow caves; it's more of an artificial snow drift. The carbon fibre mesh acts as a snow-catcher, forming a frame for a large snow drift that can be used to create a snow cave in regions where it may be difficult to find snow deep enough to create a natural snow cave.

The captured snow works as both building material and insulation, allowing for the creation of a shelter comprising several rooms with air vents, with the further option of digging a well where the coldest air can sit, and insulating the entrance to the shelter with more snow. Inside the artificial snow drift sits a wooden frame suspended from the mesh and attached to the landscape by climbing ropes, which are intended to avoid freezing by swaying. This frame can have canvases attached to it, and contains cell-like modules that would act as sleeping areas.

In addition to this clever use of the natural properties of snow, the mesh surrounding the structure is coated with layers of silicum and green photovoltaic cells, which both generate heat for the inhabitants of the shelter and conduct heat away from the artificial snow drift, cooling the mesh and helping the caught snow freeze in place.

On paper, Krasojevic's focus on the material she uses, how they function to create a habitable space and how to construct this shelter - she proposes building it into a slope with an excavated entrance tunnel - create an idea of a utilitarian structure built strictly out of need, but like many of her projects (such as a Floating Hydroelectric Waterfall Prison, or a Suspended Campsite for Climbers, besides many, many others) this snow shelter is intentionally and playfully incredible in the sense that it's not, really, credible. Krasojevic focuses on the ways these structures could be built in the full knowledge they never would be. That said, they don't seem like utopian visions as many of the most outlandish proposals of modernism were; they don't seem to have any "higher purpose" than the very practical things they're said to do.

Instead, they seem like Margot Krasojevic's reply to the question of "what is the point of all this?": an expression of some form of “pure architecture” that is unencumbered by economics, social theory or urban planning.