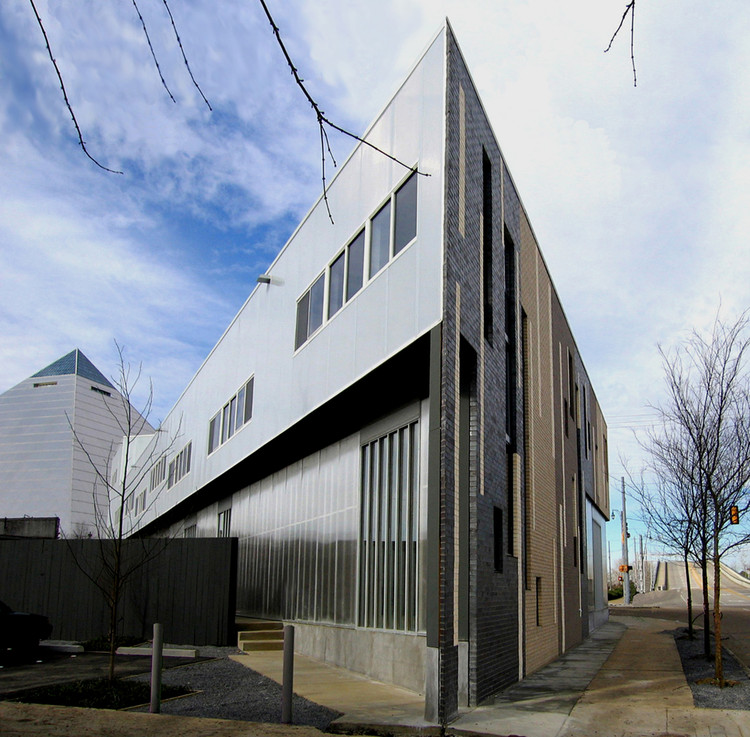 Provide a mixed-use building with ground floor commercial space of 7,000 SF, with eight upper story apartment units totaling 19,000 SF. Residential areas are to have varied apartment layouts. Project is to have sufficient off-street parking for commercial and residential tenants and contextually fit into an urban area currently undergoing revitalization.

The project sits in the shadow of Memphis’ pyramid, the 35-story downtown landmark. On the east side, the property is bounded by a heavily treed pocket park which was the site of an eighteenth century Spanish Fort, San Fernando de las Barrancas. Auction Street, along the project’s north boundary, connects Mud Island to the downtown area by the A.W. Willis Bridge. The project is in the Uptown Development, an ongoing re-densification project north of the central business district.

The design, in reestablishing an urban context in the Uptown area, follows the sidewalk edge along its street sides. The trapezoidal shape of the footprint, which connects the southwest and northeast property corners, is meant to shield the mandatory off-street parking from the public. While doing this, the parking area is designed for a large number of trees which, when mature, will extend the pocket park to the west so that the parking lot and park area merge. The parking lot is designed with open strips of non-paved crushed stone to help alleviate rainwater runoff.

The ground floor commercial space is sheathed in a combination of standard storefront glass and insulated polycarbonate sheathing which is installed in varying widths. The wall framing at 16-in. on center, visible through the translucent polycarbonate sheeting, is picked up in the vertical members of the glass storefront. Walls on the north, northwest and west elevations are covered in four colors of brick in varying vertically oriented patterns. Vertically oriented windows of varying heights and widths with different tints punctuate the brick facing in a random pattern. Polycarbonate sheets cover the exterior of the upper floors of the southwest elevation which bisects the property. The remainder of the structure is sheathed in four brick types, in a muted color range and laid in varying widths and a vertically-oriented pattern.

The west side of the project consists of three side-by-side two-story two-bedroom townhouse type apartments. These units open onto the roof area and have east-facing terraces. There are five other apartments on the second floor: three are open loft-type units and two are two-bedroom units.

Two triangular shaped resident courtyards flank the southeast side of the project. All planting on the site uses native species. 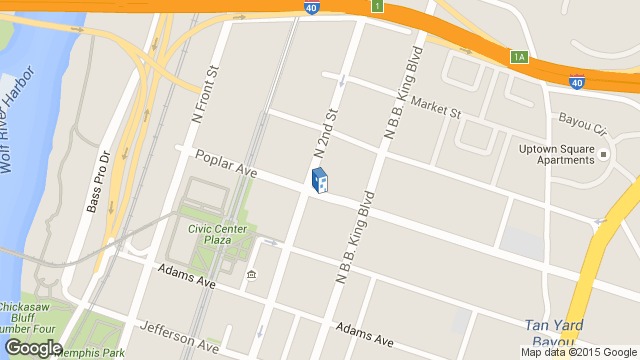 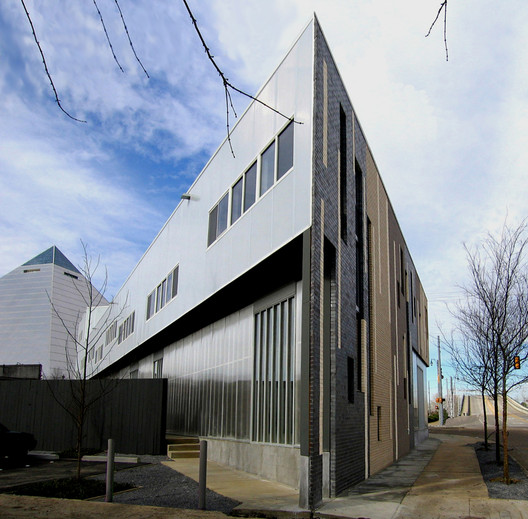