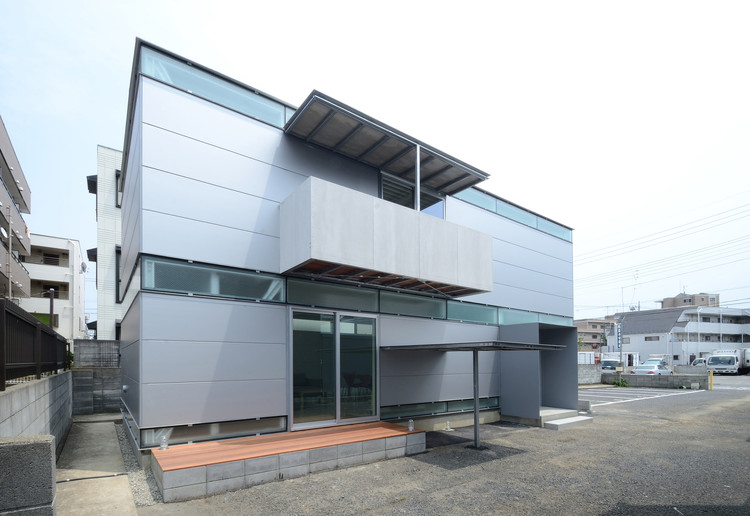 Text description provided by the architects. LGS(light gauged section) lip channel is light in weight, easily transported and processed.  Using its distinct quality, this house is built and fabricated with lip channels almost like a wooden construction.  In the factory, channels are cut, holes are made, joint hardware is built for each connection, and the strategy to save constructing space at the site was planned.  Once the foundation is completed, delivered from the factory, the prefabricated channels and joint hardware were put together with bolts and nuts exclusively.

The steel frame was assembled quickly due to the light weight of the LGS lip channel enabling one builder to carry it.  Due to the load of the house being light, the foundation didn't require any pile and the simplified foundation construction contributed to reducing the cost.  The floor, wall and roof consist of panels with enough strength and rigidity to allow fastening directly to the frame without the need for backing, greatly reducing cost and time of construction.  The steel frame was left exposed and the details were designed to be seen.  Finally an eave and a balcony were provided according to the client's need as an option and they were fastened directly to the structure with bolts and nails. These options made the house unique and its style expresses the client's personality and flair as a result.

As a residential project, both the residential environment and the expression of building and design methods were given careful consideration.  The flag shaped site is surrounded by other buildings.  With parking lots in both front and back, the nature of any future built projects near the site is unknown.  With that condition in mind, the house is built to protect privacy under all circumstances, and acts as a border between the surrounds and indoor living environment.  Windows wrapping the house above and below were carefully balanced in order to create a comfortable, rhythmical living area while maintaining abundant light and a tranquil, private bedroom.  The project began as a request from an experienced steel fabricator wishing to commence a new housing projects, and this LGS HOUSE can be considered as a first prototype in that series. 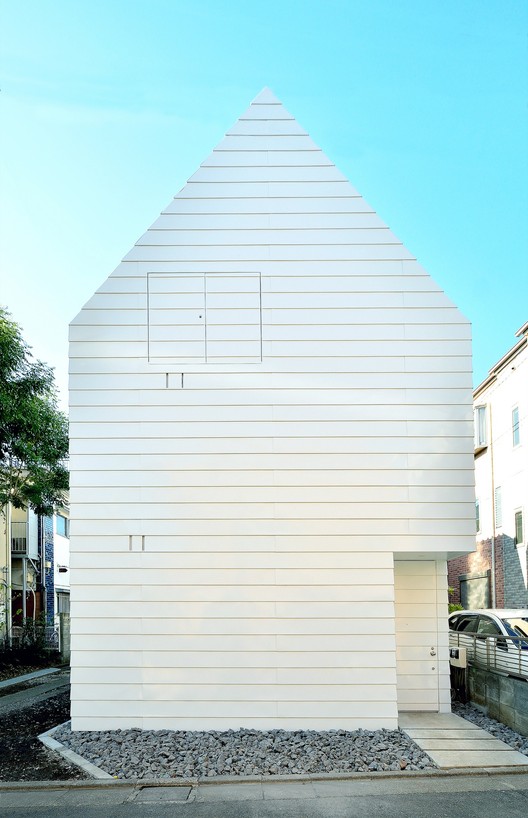