Thomas Heatherwick and PlanGrid co-founder Tracy Young have been ranked in Fast Company's top 100 Most Creative People in Business list for 2015. Topped by an ASU professor who is fighting ebola with tobacco, the list features some of the world's most powerful creatives, including Google VP Rajan Anandan, who's working to get everyone online, and 3D printing pioneer Jennifer Lewis of Materials Lead.

Coming in at number 24, Heatherwick is being lauded for "collapsing the walls within design," says FastCo. Working on projects of all scales, from the London Olympic cauldron to a proposed $130 million floating park in New York, Heatherwick's practice is often labeled as "multidisciplinary" - a misconception challenged by Heatherwick, who told the magazine his work falls under "one discipline: solving functional problems and trying to make a difference."

Young, a former project engineer turned co-founder of PlanGrid (the construction industry's number-one app), is also being featured on the list for realizing an idea that has revolutionized the way contractors (and potentially architects) do business. PlanGrid provides an intuitive interface for sharing construction documents without the need for costly printing. It saves money, minizes waste and maximizes efficency.

See all 100 creatives who made the list on Fast Company. 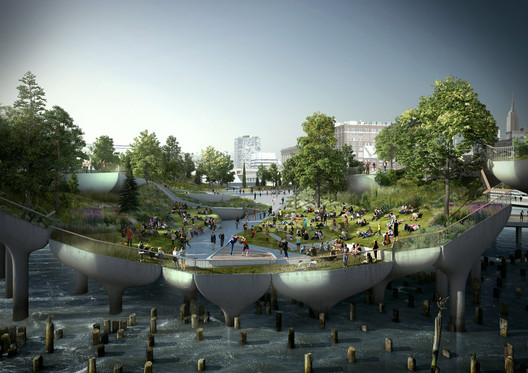