The medium of film has long been employed to visualise, document and narrate architectural and urban space. Since the advent of more accessible devices to capture and record these journeys and explorations it has been used more frequently by practices and students in an attempt to develop new ways of experiencing built designs. #donotsettle, a YouTube channel established by two architects and urban enthusiasts while studying at TUDelft in The Netherlands, seeks to reconcile the disparity between film as architectural representation and as an experiential medium. Although not high in production value, their films are exciting examples of how user-oriented architectural 'vlogging' can uncover an entirely new way of understanding the world around us, imbued with a refreshing level of enthusiasm and authenticity. 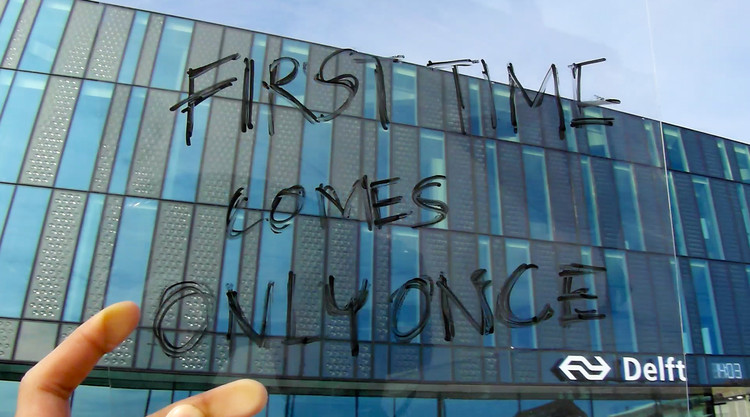 Wahyu Pratomo, an Indonesian architect, and Kris Provoost, a Belgian architect, believe that "architecture is all about honesty." Their films pull into focus questions that many overlook: how do users appreciate a building in reality? How can film translate "rational and practical architectural creations into a package that bridges spontaneity with architectural knowledge?" They state that "this method is also capable of reconnecting user perception to what architects are trying to achieve in they designs."