Save
Aguirre House in Bayona / Carrascal•Blas 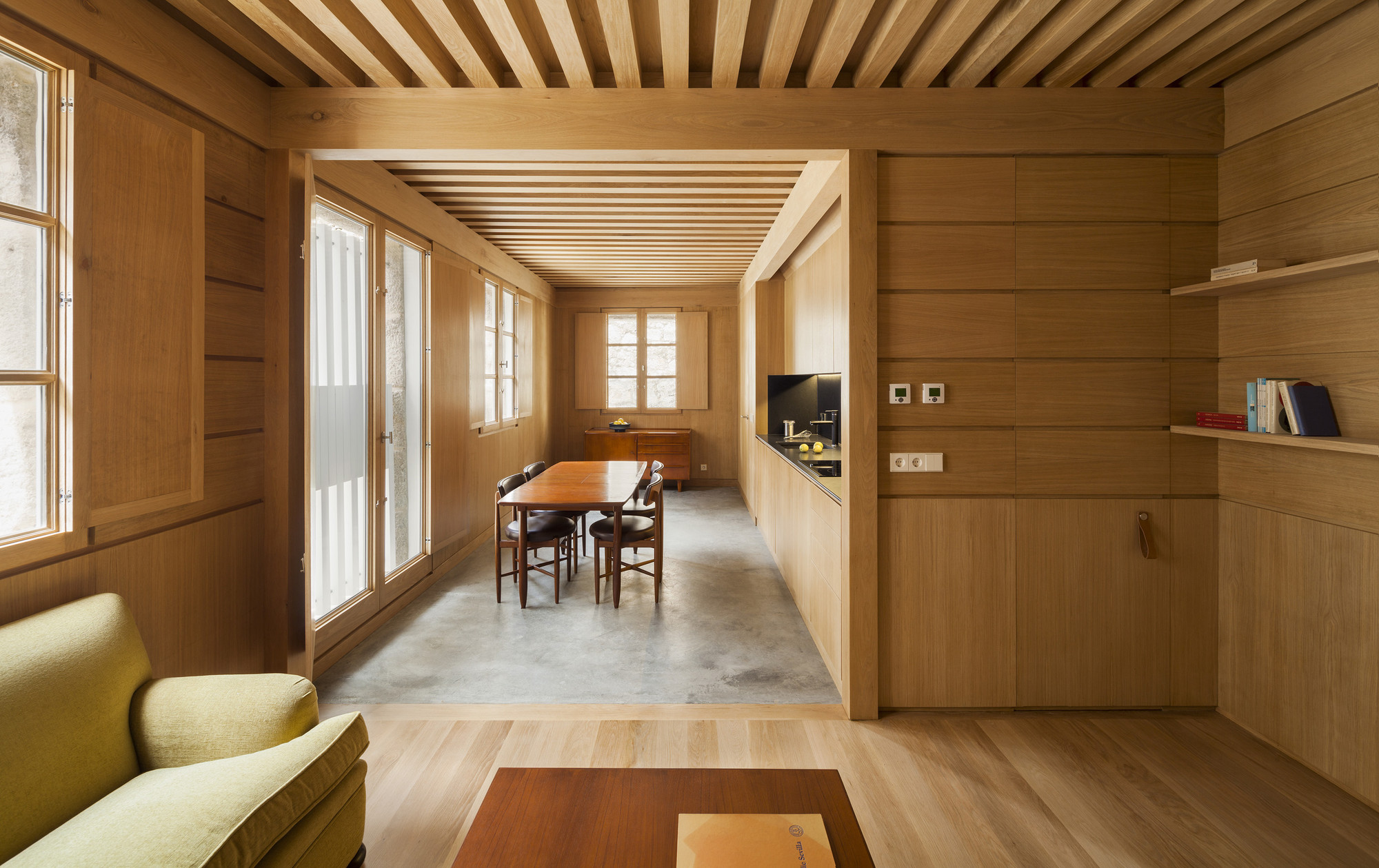 Text description provided by the architects. The dimensional constraints of the existing structure (the plot measuring only 4x9m) prompted the conception of this house in historic downtown Bayona (Pontevedra, Spain) as a spatial sequence of relatively autonomous rooms, defined by variations in their proportions, the geometry and layout of their ceilings, and a diversity of materials. The different arrangements of oak wood, and the contrast between the paved surfaces of polished concrete, tiling, white marble and wood, result altogether in a fragmented interior which is thus illusively expanded, while embodying the distinctive intimacy of domestic space.

Oak wood is the dominant, unifying material. Its extensive use allows for an understanding of the “small house” as a “big piece of furniture”, in which compartments, drawers and doors proliferate. A system of wooden lintels defines the divisions between compartments. On the upper floor, the lintels support a series of pyramidal ceilings which emphasize the autonomy of each room and expand its inner height. This solution includes light niches and skylights, which evoke the so-called lumieiras, a typical element of vernacular architecture in Galicia. At ground level a repetitive system of joists rest on the main lintels. The space between two joists is equal to its section, thus making a strong floor structure which, again, allows for the vertical expansion of the interior. Moreover, the wooden joists and lintels are structurally connected to a layer of reinforced concrete which supports the heating “carpets” for the upper floor: electric radiant cable underneath a cement tiling.

The warm, wooden interior contrasts with the hard coldness of the exterior, characterized by the existing golden granite walls. The new exterior elements (cornice, door, shutters, latticework, ventilation shafts, etc) stem from a continuity with the old building's construction logic, and were used to set the tone for the whole intervention. By that continuity it is revealed the priority given in this project in particular to “coherence” as a goal in architectural refurbishment, beyond “style” and “taste”. 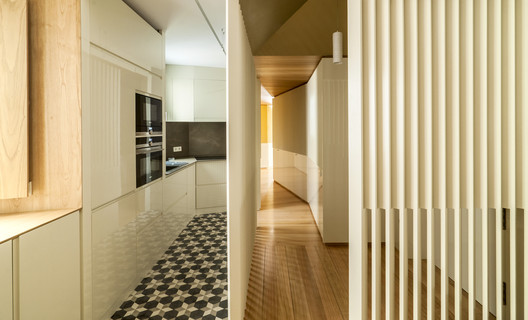