For those familiar with the more canonical work of Bernard Tschumi, the Limoges Concert Hall may seem a puzzlingly conventional departure from the radical, intensively theoretical projects that introduced the world to the Swiss architect. In one sense, the visual clarity of the design doesn’t provoke the same complex discourses on architectural violence and eroticism that guided his early-career pursuits, and it is certainly a more functional evolution of his polemic on non-programmatic space that was famously exhibited at Parc de la Villete. In another sense, the concept and form of Limoges aren't anything novel, either, emerging almost in its entirety from a concert hall prototype Tschumi developed in the late 1990s for a similar venue at Rouen. But Limoges is important for other reasons: in addition to its thoughtful material and spatial choices, it is one of the more articulate illustrations of Tschumi’s explorations of movement and enclosure—“vectors and envelopes”—that inform much of his recent work. 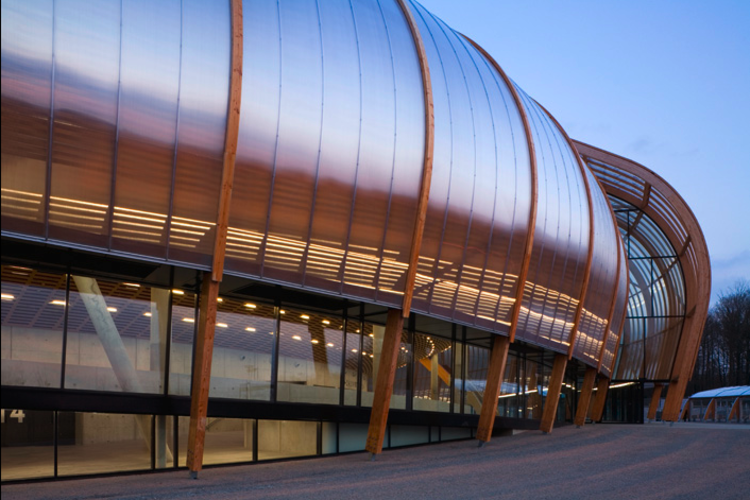 While the concert hall’s conceptual roots can be traced to earlier projects, the architect’s involvement at Limoges began when he won first place in the local government’s competition in 2003. As in Rouen, he proposed a scheme in which the generative center of the building and the bulk of its massing are located in a circular, amphitheatrical performance space. A single, continuous foyer emerges concentrically from this shape, wrapping itself around the contours of one side of the hall, both in plan and in the gentle curve of its section. This simple diagram, elegant in its near-purity, is broken slightly by a small entrance protrusion in the outer façade and a somewhat clumsy backstage appendage diametrically across from it.

Informing the concentricity of the design is Tschumi’s conceptual exploration of the envelope, a second layer of enclosure that creates an interstitial space between the mass of the auditorium and the exposure of the outside world. Like his projects at Groningen and Tourcoing, the “in-between” serves to mediate the transition between discrete conditions through gradual transformations in form, material, lighting, texture, expansiveness, and even temperature. The thin outer shell, made of slender wooden ribs and translucent polycarbonate panels, contrasts with the pixilated solidity of the inner enclosure. The inner layer, most prominently experienced as the overhang of the auditorium into the foyer, pushes the sharp angle of its underbelly into the space created by the outer envelope’s gentle curve. The two systems seem to extend gesturally past one another without ever directly meeting in confrontation, instead engaging each other in a dramatic dialogue of spatial give-and-take that illustrates their independent roles.

Vectors, the necessary correlate to envelopes in Tschumi’s theoretical posture, are responsible for activating the spaces created by the building’s multiple layers of enclosure. Rather than conceptualizing circulation spaces as static elements of the building’s program, Tschumi instead focuses on the development of movement vectors, directional pathways that define movement in spatial and temporal terms. These vectors are manifested through a series of ramps and staircases that negotiate between different spaces and programmatic conditions within the building. At Limoges, in addition to creating conduits between the upper levels of the auditorium and the ground, vectors direct movement from within the enclosure toward the road and the forest, dramatizing the building’s interrelationship with its site.

The effective production of these effects is owed partly to the systematic reduction of structural noise inside of the building. In the auditorium, the immense purity of the circular shape is uninterrupted by visible supports. Loads are instead carried by heavy trusses under the roof, which span the auditorium and remove obstructions from audience sightlines. In the foyer, forces are pushed outward onto slender, circular columns that open up the space at the central entrance. [3] The envelope, too, is a thin, carefully calibrated, self-supporting piece that blurs the distinction between structural and sculptural elements and emphasizes the delicacy of the enclosure.

The intelligence of the design is not limited to its conceptual origins. Limoges is one of Tschumi’s more environmentally sensitive buildings, incorporating sustainable strategies in both construction and performance. During the day, the envelope’s translucent panels illuminate the foyer with natural light, while at night, their glow creates strong visual signage for the building. Natural ventilation minimizes the need for climate conditioning, and the double envelope adds thermal insulation to the auditorium that is heated during the winter by solar energy. The parking area that surrounds the venue is covered in volcanic rock that allows grasses go grow through them, again striving to visually situate the building naturally in its site. This holistic approach to sustainable design was explained by the firm in a press release: “The (Concert Hall) shows that sustainability works best when it is a fully integrated design strategy, rather than a veneer achieved through efficient fixtures and a lot of insulation.” [1]

The differences between the concert halls at Limoges and Rouen are mainly found in their expressions of materiality; the former is built of natural wood that engages the particularities of the surrounding environment, while the latter is made of concrete, steel, plastic and glass. Relative to the vast concerns of the overall architectural project, these variations in material palette alone may not seem to result in tremendous differentiation between the two. However, this modification references an enduring question posed by Tschumi about the importance of materialization in the viability of a concept: “If [a] concept is the same both times, is the building the same both times?” [2]

Tschumi's intentional decentering of concept and form as the primary indices of architectural labor proposes a new path forward for the designer, one that encourages a search for precise solutions to specific problems rather than the tireless pursuit of formal and schematic novelty. Duplication, when used so thoughtfully and productively, becomes a provocative act rather than an uninspired reiteration. 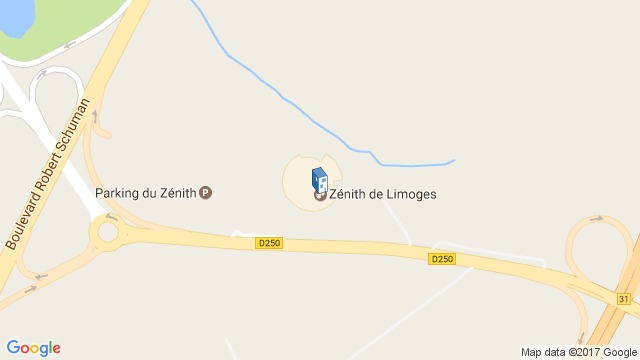