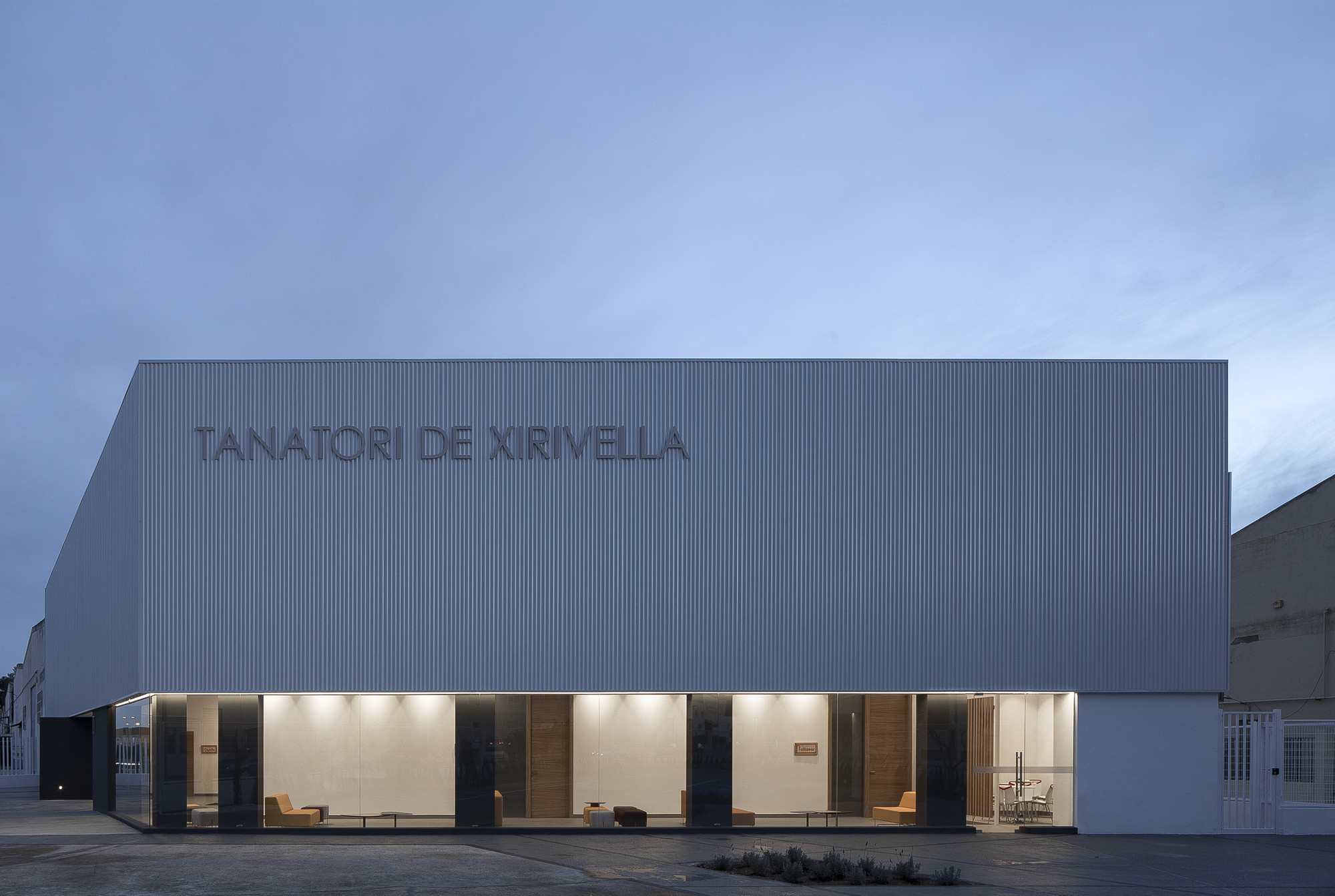 Text description provided by the architects. The project is the renovation of an industrial warehouse built in the 1980's that was unused, for the facilities of a new activity, that of a morgue. The project has allowed us to renovate an old industrial building to show the effect that the usage of the building has had on the neighborhood where the building is located. Currently, the neighborhood is partly unoccupied due to the effect of the economic crisis of recent years.

One of the ideas of the project is to create a new concept of a morgue, understanding the space as a warm, welcoming space, luminous and quiet, more similar to the living room of a house, as opposed to the spaces we usually find in morgues.

The lot has a triangular shape and occupies the corner of the block where it is located. The building is exposed on three of its sides and bound by a party wall with another building of the same typology. The facades overlook the streets and the open space of the lot.

On the exterior we work strongly, completely renovating the image of the building in order to highlight in among the rest of the industrial warehouses. For this purpose, we envelop the building with a new metal skin and create a large opening that starts at a corner and traverses the two main facades. With the new metal cladding, we make a contemporary image, equalize the ends of the facades, and differentiate from the rest of the neighboring warehouses with gabled roofs. The large opening relates interior and exterior, and brings light into the rooms of the morgue. The main pedestrian access is highlighted through a wall that changes direction with respect to the rest, and introduces the user into the building. The sill on the exterior space of the lot is painted with colors present on the facade of the morgue, so that with a low cost resource, we achieve to condition this space, in part as parking and in part as a place for users to occupy, with a contemporary design according to the new renovated image of the project.

The interior was practically diaphanous with the entire height of the warehouse freed up. For its functional conditioning, it was important to separate the public use spaces from the restricted areas, and to achieve a scale in the rooms according to their use. For this reason, we opted for partition systems and drywall ceilings that without affecting the existing structure, have allowed us to mold the interiors within the old contained. Taking into account these ideas, the building has on the public area a hall with a reception and administration, waiting room, cafe, two wake rooms and chapel, and in the restricted area a thanatopraxy room, offices, staff restrooms and changing rooms, and private parking. The common and public areas have a direct relation with the open area of the site through the large opening on the facades.

The interior design of the morgue is also part of the project. We have designed and chosen the furniture expressly, creating a single atmosphere, characterized by a gray horizontal plane (pavement), a white and dark gray background (walls), oak furniture with pure lines and warm colors on the tapestries. The lighting has also been an aspect studied in the project. We have sought to highlight the architectural elements with luminaires integrated into the ceiling that disappear when turned off, and light the space without being protagonist. In the wake rooms, all lighting is indirect. The hidden lighting has been a resource used to enhance the chapel space and to enhance the large opening that links the interior with the exterior. 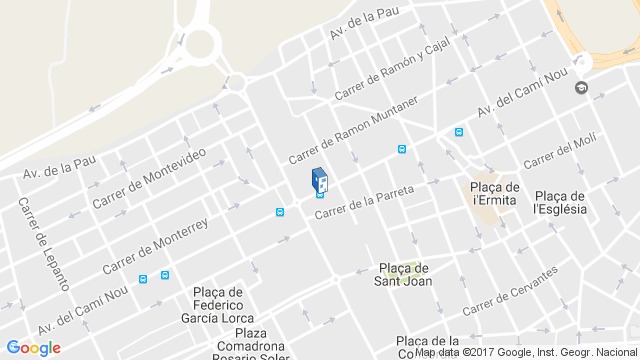