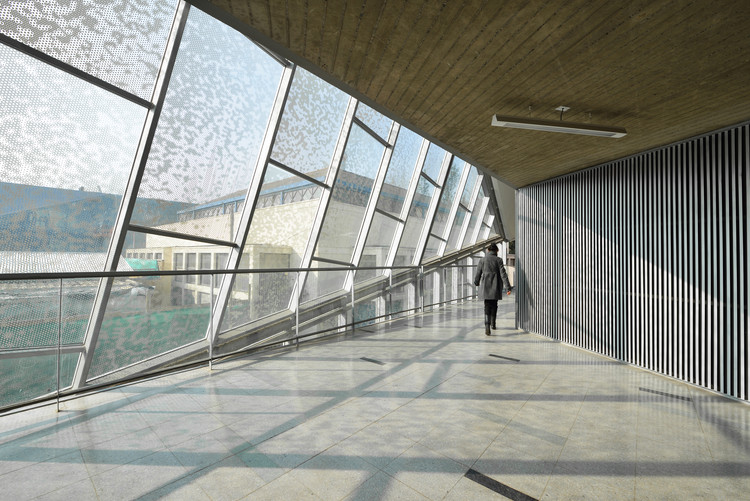 The Classroom Building project arises from a public competition organized by the University of Chile, whose objective was to get the design of a prototype for a classroom building, which was able to solve a lack in educational infrastructure, and which in its repetition, allowed a formal order of the heterogeneity of existing buildings in the Juan Gomez Millas Campus, in addition to resolving the increasing enrollment of the various schools that inhabit it.

We thus propose a repetitive module. A palindromic device without a rear, which manages to relate harmoniously with the existing buildings and integrates the public space of the campus without interrupting the existing circulation.

This repetitive module, called Classroom Building, lies in the interstitial spaces of the campus, creating a continuous loop on a cross-system common to all schools, integrating them into a new public space.

Following the criteria of universal accessibility and connectivity, the main strategies focus on achieving the integration of the public spaces of the classrooms at the campus level, through the continuous circulation and connection of different levels without segregation. Thus the classrooms establish a dialectic that in their longitudinal development arise from the noble campus plan on the first and second floor (and vice versa), allowing the continuity in the transverse direction at the base level, where the student livin area and cafeteria meet on a covered courtyard.

Each classroom building has 14 rooms with flexible use, with capacity ranging from 45 to 120 students, which allow a concentric use for debate or linear use for a lecture. Additionally, in each classroom building there are two double classrooms, like an auditorium, which can be linked or divided with an acoustic mobile panel.

The interior fittings of the rooms includes reflective and absorbent ceilings in a design verified by computer simulations.

The project, fully addressed under the concepts of energy efficiency and sustainability, has water savings, natural ventilation and lighting, and recovery of cold / heat from underground parking, insulated enclosure and a second skin that gives a proper shadow factor over facades and circulation.

Efficient centralized control systems for access control, air conditioning, heating, ventilation and photosensitive lighting, among others, contribute to achieve the best conditions of indoor and outdoor livability for the development of activities for undergraduate and graduate students on campus.

The direction of the project and the proposed approach to innovation is the exploration of connectivity, resulting in a palindromic volume, the maximum expression of integration, as it is developed volumetrically and programmatically, equally in both directions, also achieving the integration of roof and facade into a continuous envelope. 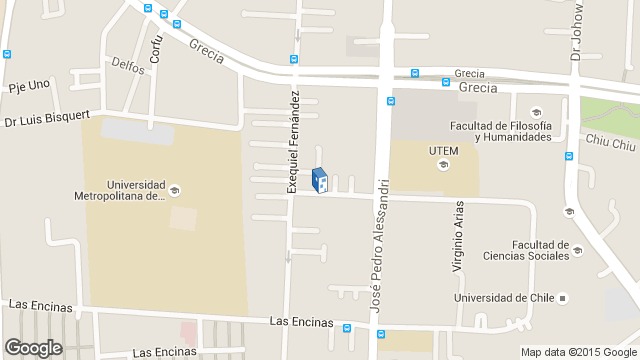