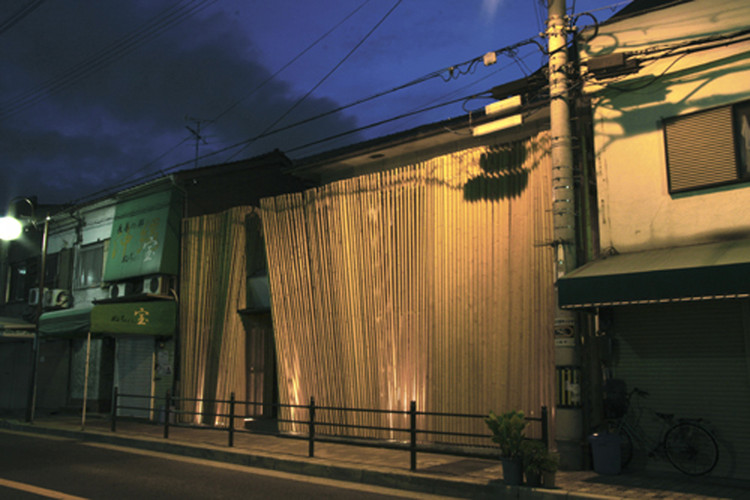 Text description provided by the architects. This is a renovation project of twenty-seven years old wooden residence built in a low-storey and high-density town areas of southern Osaka City. The intent was to solve numerous problems of the existing house at once, applying a single rule, undulating lattice surfaceﾓ. The concept is to respond to every functional change by making undulating walls composed of the lattice surface that uses nearly one thousand 2 x 4 woods.

Firstly, the existing area that cross over the plot area ratio was reduced and three spot gardens integrated with the interior spaces were established for the purpose of letting the light and wind in. After that, an existing steep staircase was retracted and a new atrium staircase room was added in the existing garden. These were what were modified on the plan. Then, the total of one thousand 2 x 4 woods, which would count up to 2.8 km when aligned in series, wrap around the spaces. Tilting slightly inwards or outwards and altering the rotations of blades, the entire lattice surface continuously integrates miscellaneous spaces irrelevantly, no matter if it is existing or addition or interior or exterior. As a result, interior spaces feel very spacious compared to the pre-renovation condition, although the floor area was reduced. Additionally, the lattice surface functions as not merely ornament, but as a cover of seismic reinforcement that was required legally to the existing parts. In reality, the lattice surface itself should work as seismic reinforcement, but was not permitted by the law.

Ideas were required for the details of the lattice surface’s blades. Round chamfer was treated on the shorthand sides of the visible woods, so that smooth pleats will be created equally to everywhere in the spite of the irregularly continuing curvature. Thus the, undulation of the lattice surface gives various characters to the living spaces. For example, at the place where there is a large gap between the lattice surface and the structural walls, storage is installed. A kitchen counter is shaped where the lattice surface swells large into the room. Additionally, the lattice surface standing high along the adjacent road like a lumber shop is devised to double layers of variously rotating blades, so to prevent glances from the passers-by, at the same time bring in the wind. Simultaneously, it produces beautiful moiré during the daytime and at the nighttime turns into a large lighting fixture. Unexpectedly it plays a role as a public streetlight that softly illuminates the walkway. 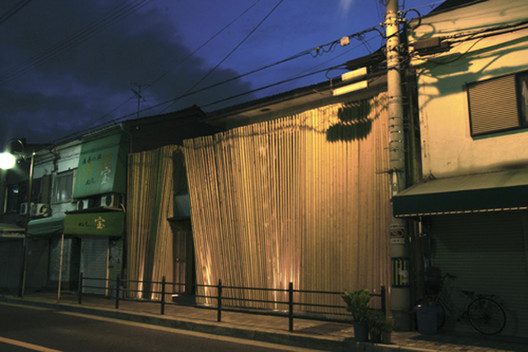