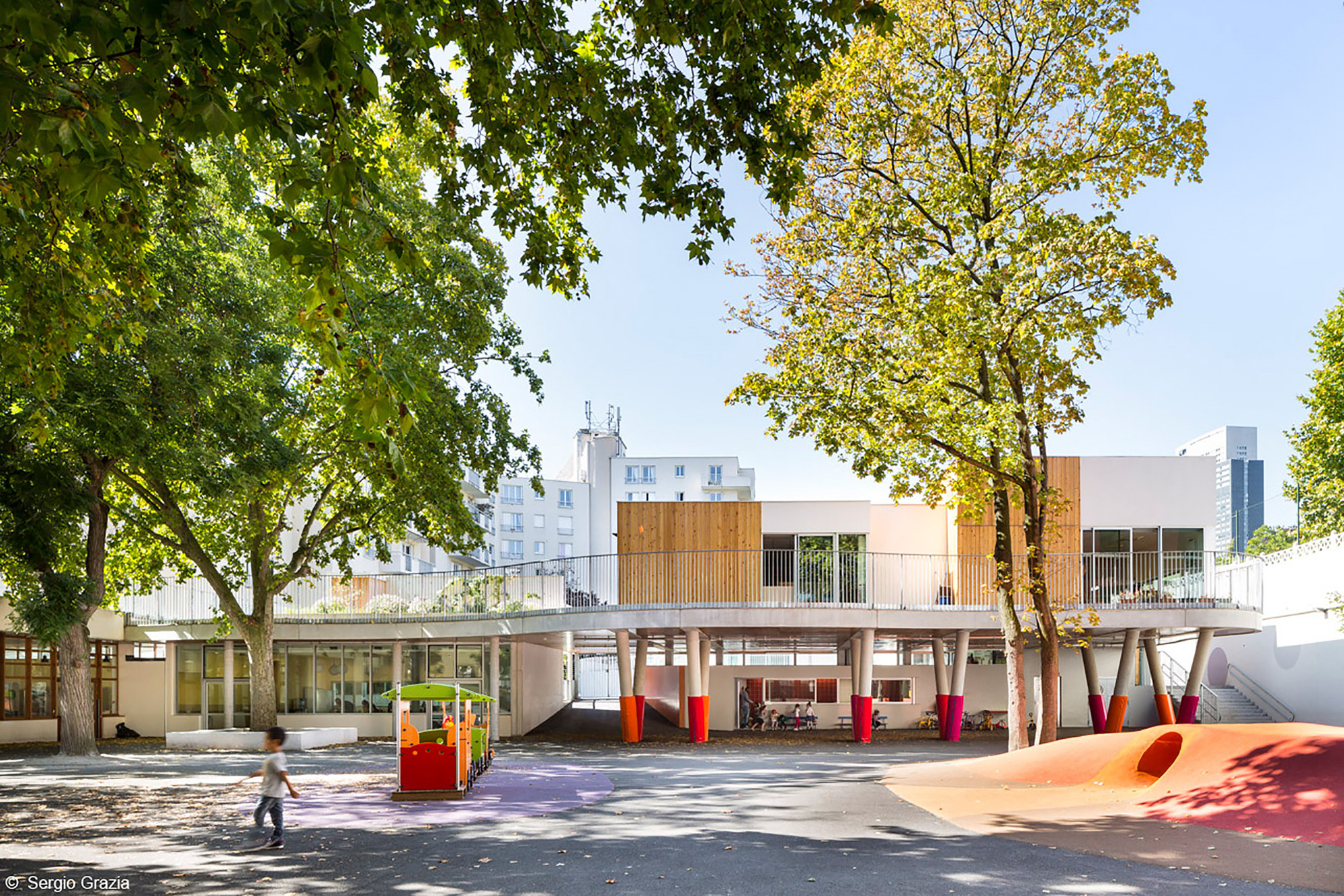 Text description provided by the architects. The town of Courbevoie took the decision to build the new Sonia Delaunay school after the joining together of Florian and Hugo, two existing pre-schools. The new school includes nine classrooms and five other rooms for after-school and extra-curricular activities spread over 3000m².

The programme included restructuring the existing premises and an extension with a new reception area with a lodge, three extra classrooms, offices, meeting rooms and toilet facilities, extensions to the motricity room and the canteen and an assembly hall. The premises were also brought up to norms in terms of accessibility, fire and the re-heating room. The outside spaces, playground area and garden (3000m²) were entirely refurbished.

Construction of a New Extension (on stilts, in the centre)

“Link”: the building located at the centre of the site physically links the two existing school buildings and allows children to go from one building to another sheltered from the elements.

“Articulation”: The construction of the building in half-floors that are accessible by half stairs (+ a double-entry lift), allows traffic to move from the existing level 0 to the three other levels:+1m50, -1m, +3m40 (classes on the platform).

“New identity”: the new building is located at the heart of the site and inserts itself with precision between the existing buildings, while standing out thanks to its contemporary style and architectural lines.

The activity rooms are elevated and open out in a curved balcony. Underneath them we find the extension to the canteen, the toilet facilities and a big hall. The lodge slots in between the two with a panoramic view both of the ramp that access the school and the playground.

The architects and the engineering office produced all of the plans and details for their execution. This included rundowns for all contractors involved on the building site (15 lots for general contractors Lainé-Delau, VINCI construction)

A technical detail was devised to avoid using slabs on paving supports that are not suitable for a school yard and to make the roof look like a real floor as it will be accessed by the children. The raised platform has a sloped concrete topping and a layer of tarmac. The hidden waterproofing is folded under the metal railing attached with chemical pegs “à l’anglaise” (mounted). The lack of acroterion and the transparency of the guardrail gives a lighter, almost vertigo effect. The children have a steep view of the yard below and a real connection with the sky. They feel like they can touch the tops of the trees.

The roof of the canteen houses a large U-shaped flowerbed so the children can grow plants and flowers depending on the season. The activity rooms and the teachers’ meeting room open directly on to the roof garden. 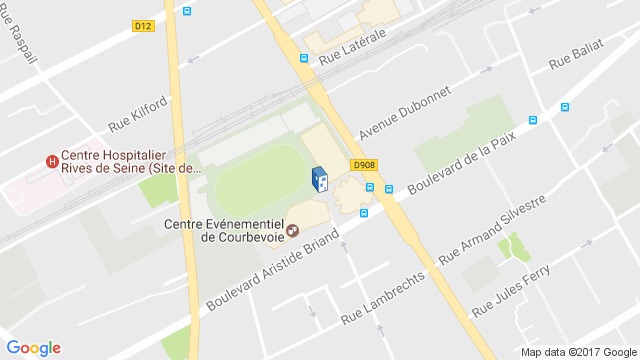 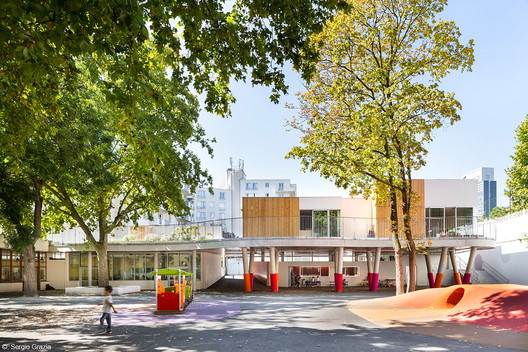