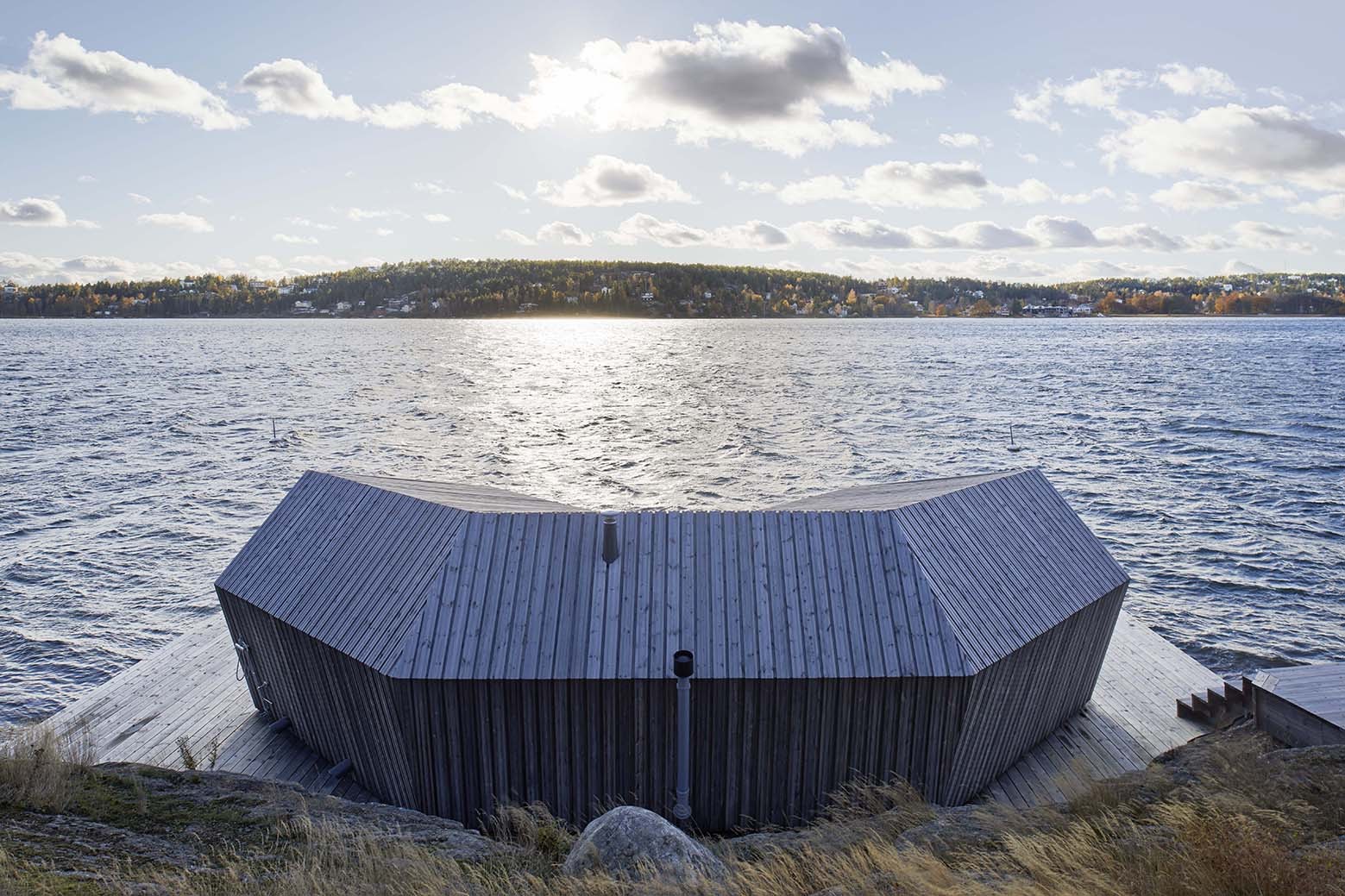 Text description provided by the architects. This is a Sauna and relax building in Saltsjöbaden just outside Stockholm. Saltsjöbaden community was founded in the 1890's with the goal of creating a society close to nature following the example of central European spas, but near the nature and the sea with the possibility of boat and outdoor activities.

The villas built there was relatively large to fit the growing group of people with a good economy around the turn of the century. This particular property had a main building designed by Torben Grut, around 1920,the architect of the Stockholm Olympic Stadium in 1912 but he was architect for also the public bathhouse in Saltsjöbaden, which opens at an angle to the water. This property had no sauna on the site.

The Sauna and relax building's shape and position is the result of on-site obtain a building that was not visible from the main building but also took care outlooks , evening sun and provided the opportunity for a sheltered patio on the leeward side adjacent to the bridge.

The plane shape is found in the main building and also in the bathhouse in Saltsjöbaden. That is more a result of site conditions at the pier and rock than that at the inspiration come from the main building.

Roofing material turns into facade and consists of pine heartwood from Gotland, where wooden roofs with this lining is called “Faltak”. The gable facades shingles are of wood shavings, from Hälsingland, often used as roof claddings on old wooden churches in Sweden.

To the west lies the sauna and to the east lies the relaxation room, in between lies a storage room as a box in the larger room with shower and WC and storage. All including the kitchenette and the sofa is own design, built of pine like a boats interior.

Around the shower a cladding of brass and slate from Jämtland, also on the floor. The facade is treated with Iron sulphate. The taps are in brass fromTapwell. The lighting fixtures from Örsjö 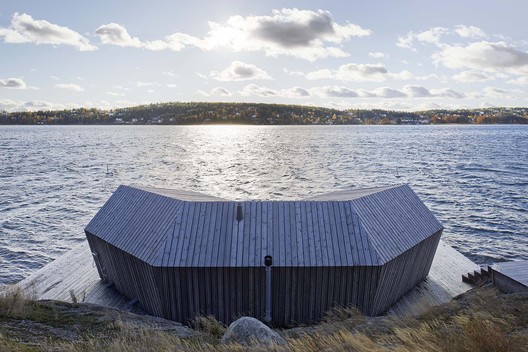