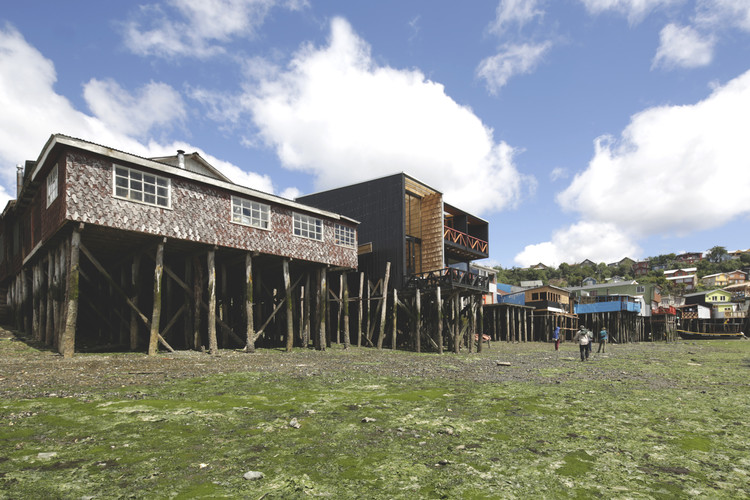 Text description provided by the architects. In consideration of tourism ventures that are developing in the neighborhood Pedro Montt, this work emerges as interested in creating a common and public meeting space, for its neighborhood, conforming as a sort of a reception, a welcome, in a multiple flexible space which characterizes the neighborhood, surrounding the art, the culture for the tourist ...

Programmatically it was complex thinking that a small cafe could be self-sustained, so it was integrated as a form of a "suites hotel" with few rooms, yet supporting this public space - a small coffee hotel- gallery. Since this problem, it was proposed to formally separate the programs, visually conceiving two projects, two independent “palafitos” (stilt-houses,) "hotel and cafe". Thus a unique access was put together where one enters a hotel and a cafeteria.  The public space is proposed as a large exterior enclosed by two outer facades in triple height, "of wooden siding and shingles" like the idea and simulating the situation between the stilt-houses, "its narrow gaps" and from which it derived its name of a "Patio ". This triple height, in turn, can decorate, mount exhibitions around the theme of Chiloe and the stilt-houses, constituting a place that offers in turn a view and a thought of "place", thus leading views to the sea and its irreverent tide. Within the idea of a ​​"Patio", the translucent covering is proposed, sharpening and emphasizing the idea of ​​an illuminated exterior space.

Access to rooms is nourished from this public space in triple height through a balcony, staying place and a pathway which makes this space as a unique point of contact and relationship with the tides.

It was proposed with the idea of ​​establishing a closeness and relationship to the sea, that spaces and rooms were balconied over the sea, roofed, but translucent, forming an intermediate space, which, under any weather condition one could be in contact with the outside. The cafeteria while extending its space on a terrace which is lowered down to the sea, flooding itself in the highest lunar periods, dramatizing its relationship with the sea, its proximity, its fragility, leaving the stairs as bleachers of a moving landscape which is able to be flooded naturally.

Patio Palafito is a recycling of an existing stilt-house, its master beams, pillars of luma wood and many of its partitions are part of an ancient stilt-house, which today is reinvented for the current requirement of its neighborhood and to the requirements to come.

At the improvised space, historically there have been lived and mutated over ten stilt-houses from poor take-overs, shops, wooden storages, carpentry and today, a hotel and a cafeteria. What will come later? We do not know, but we do know that it is not a determined work, this condition defines it as a stilt-house, which in wood and above the sea needs to maintain and reinvent itself in a neighborhood that mutates with its buildings or simply disappear... 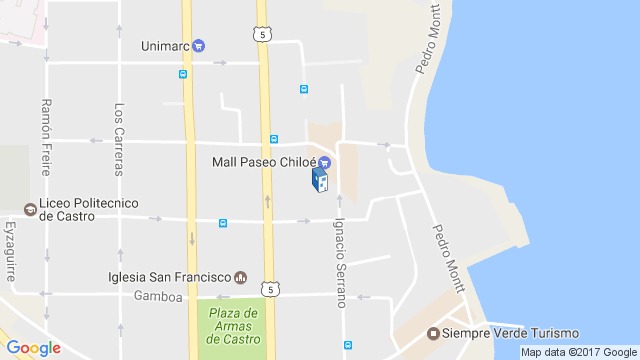