Save
FleaFolly's Grimm City: The Antidote to Disney
Share
Or
Copy

There are few mediums that the Grimm Brother's Fairy Tales haven't been adapted into. Bowdlerized stories and films for children have since given way to revisionist tales that embrace the gruesome coloring of the originals, but something about the Grimm Brothers' gothic folklore still holds sway over popular imagination around the world. No matter what kind of adaptation is created - musical, childlike or modernized - the essential Grimmness of the tales still glowers through. FleaFolly's Grimm City is just such a creation. 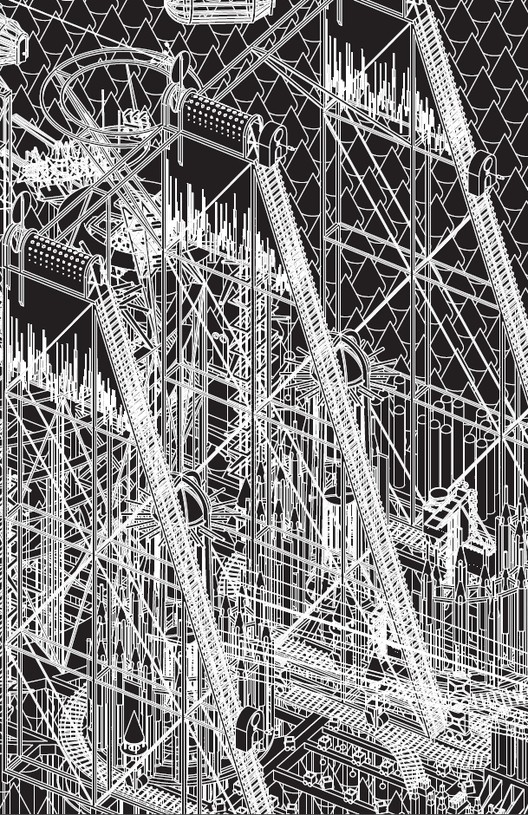 The incredibly intricate models and drawings are a work of what FleaFolly - made up of duo Pascal Bronner & Thomas Hillier - call narrative architecture. Taking the Grimm Brothers's tales and distilling them to the bare essentials, they've used the worlds created by the Brothers in 1812 as the DNA for their own, delicately crafted world. Not content with simply making the essence of Grimm tangible, Grimm City is a fully articulated concept of a world, with institutions and infrastructure all present and at once both nightmarish and enchanting. This isn't just a model of a set of stories, this is itself a fully equipped story in the form of a city.

There are no direct references to the Tales - instead the imagined city consists of evocatively named structures including the Silver Forest, the Barometer and the central Morning Star, casting light and shadows all round the city. Running over with details, arcane and entirely compelling, FleaFolly easily rival centuries of painting of illustration of the Grimm Fairy Tales.

The duo will be running a workshop later this summer at London's Tate Modern, with the intention of using narrative architecture to "design and build a fictional miniature village made entirely from paper" by tapping into the collective memory and subconscious of the group present.

Further References: BLDGBLOG and It's Nice That