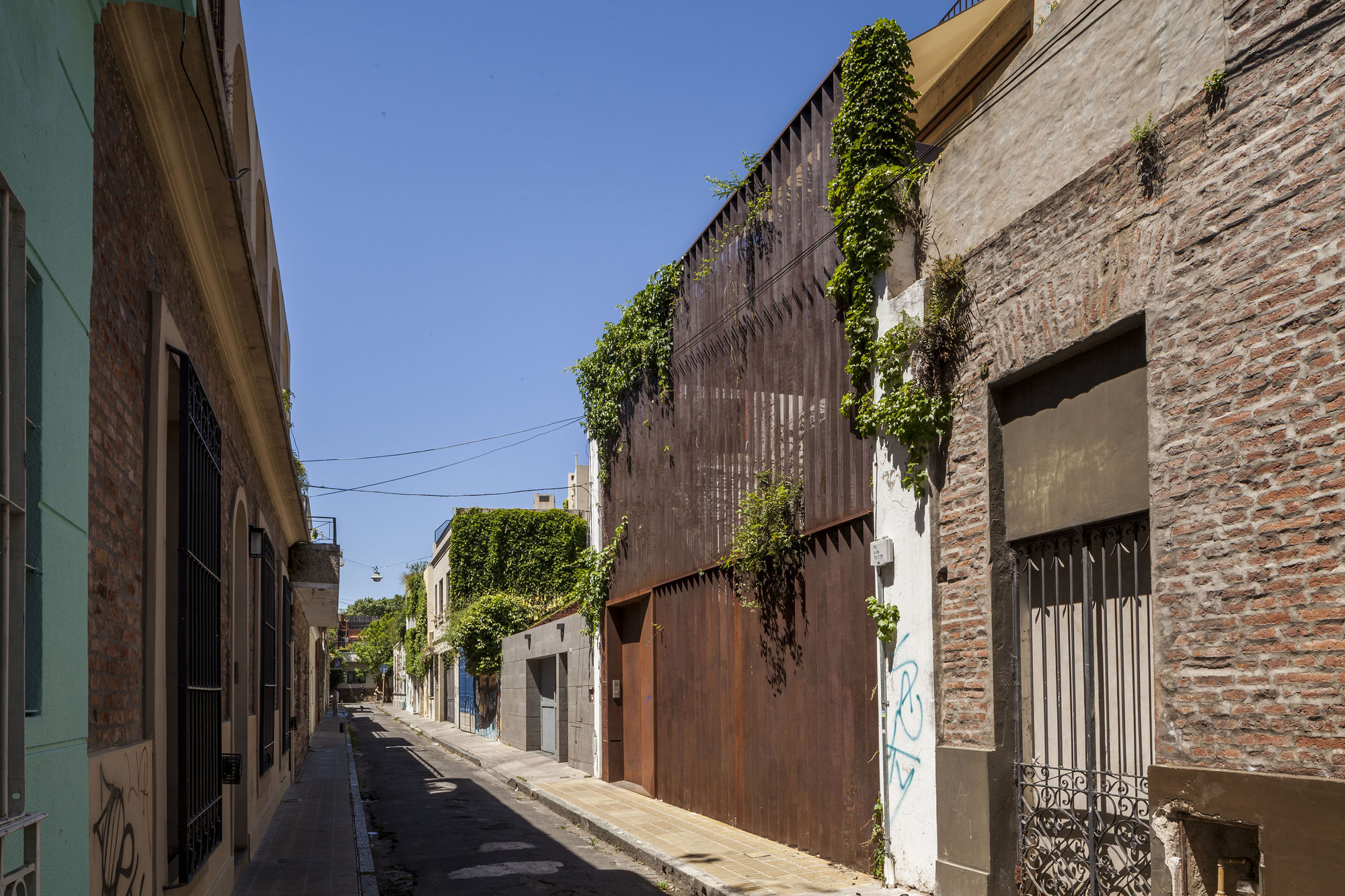 Text description provided by the architects. Recurrences: the boundary of public and private, time as a design material, the project as part of a wider whole.

Pasaje Cabrer : An urban void that we decided to consolidate as a courtyard / garden, maintaining the character of the demolished preexistence as a witness of the neighborhood that was.

The urban dynamics demand a reformulation of their grounds, in this case making up 3 small units.

A structure that becomes envelope and boundary, with a careful work of formworks, both in their modulation and in their craft, to mark the characteristics of the finishes from their origin.

For the public private boundary, a single perforated metal piece (8.66 x 7 meters), folded and rusted, which as a veil, regulates the necessary relations of privacy, marking in its abstract and silent condition, a strong character in the landscape. 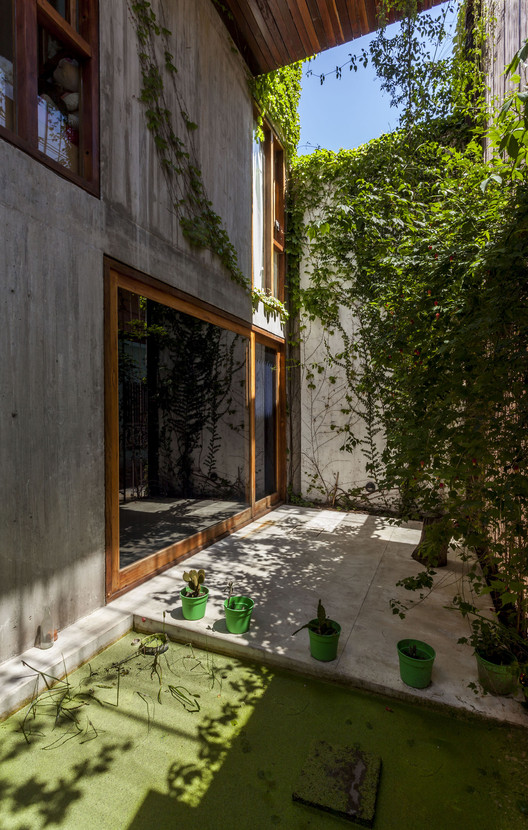