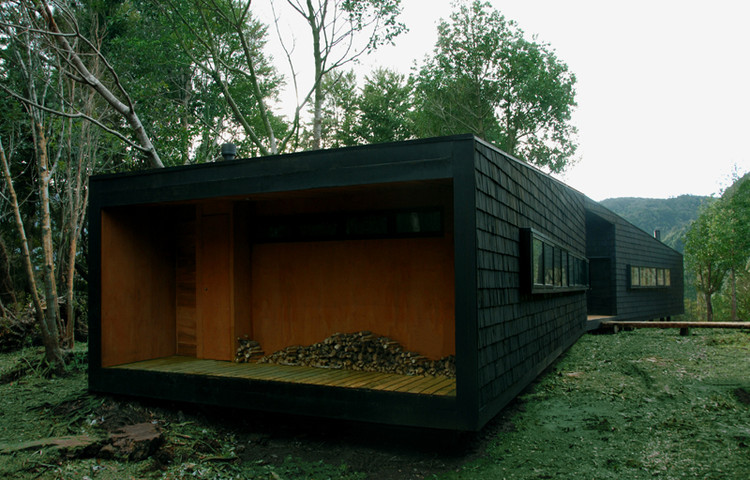 Text description provided by the architects. The project is located on the bay of Melimoyu in the fjords of the Aysén region, Chilean Patagonia.

The isolated nature of the area means that access is only possible by sea or air. The mountains and the virgin forests end abruptly on the sea front. Clearings on the ground are almost non-existent, mainly just pristine forests which are very difficult to penetrate.

In Melimoyu the levels of precipitation can be up to 4000 mm per year making it the rainiest region of Chile. These rains are usually accompanied by the intense north-easterly and northerly winds found all year round.

Due to the proximity of the sea the temperature doesn't fall below 4º, however the maximum temperature is also low, no more than 20º.

The assignment consisted of designing and constructing a refuge next to the sea for guides as part of the conservation project, SNP Patagonia Sur.

The project was determined by the geographic conditions.

How can we achieve heat and light within a 200 year old forest without impact?

The location of the house is defined by a strip dividing an ancient forest to the south from an area of young bushes to the north.

The house is orientated on an east-west axis that divides the two forests. The sea being toward the west.

The extent of the project adapts to the situation imposed by the forest and its geography.

It is achieved by cutting only the small bushes, sunned from the north, in all areas. Thanks to the wooden walls with substantial insulation and the Termopanel glass used throughout the project, the house maintains its warmth in a passive manner. The internal central heating is fuelled by wood washed up on the coast. No trees of the area are cut.

Part of the project's manifesto includes the conservation of a large Canelo (a tree sacred to the Mapuche and Tehuelche cultures).

Access to the house is from the north via a footbridge that leads to the central access patio where the Canelo is. The project becomes the threshold between the forest of bushes and the great forest of bigger trees.

To the west the axis of the house finishes in the communal areas overlooking the sea and the bay where the boats, the only form of access to the place, dock.

Because of the constant strong winds from the north-west, the project opens only toward the sea on its longer west side. The forest protects the refuge.

The refuge is entirely constructed form Coigue and Lenga from local suppliers of the region always respecting the sustainable management certificates from CONAF.

The project is the result of the need to provide refuge among the intense climatic conditions and, whilst inhabiting the area, also being part of its context.

Walking the project is to walk in the forest. 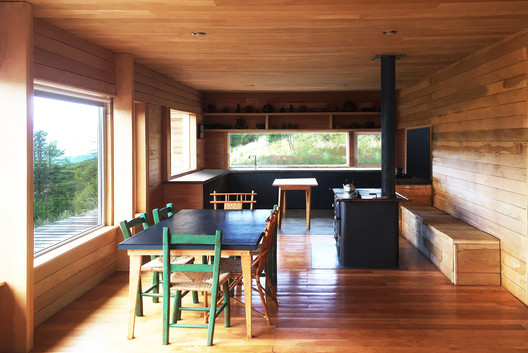 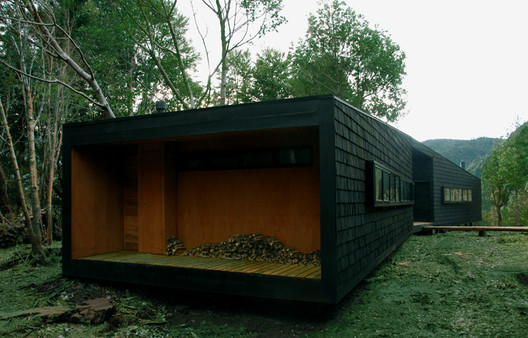