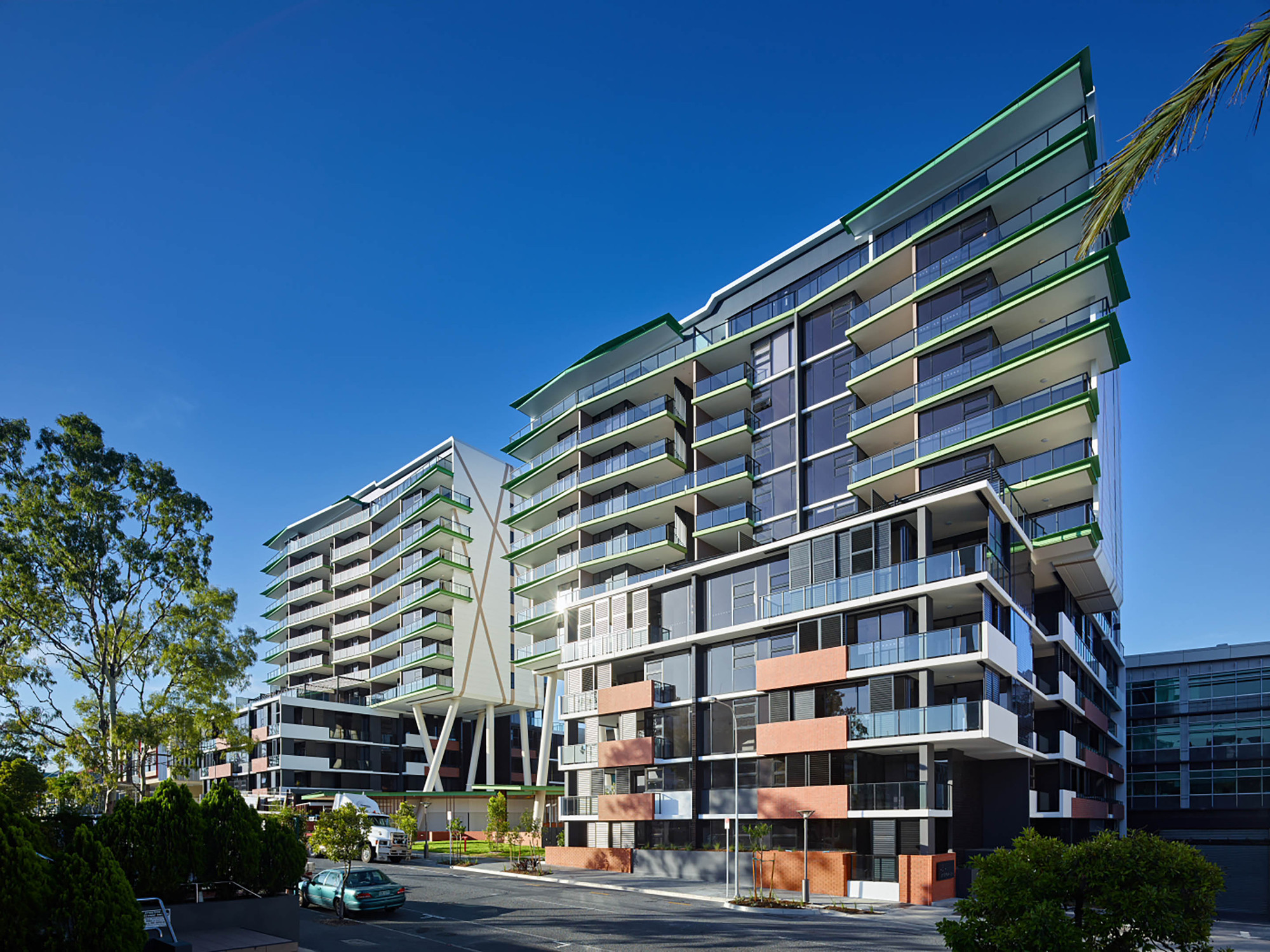 Text description provided by the architects. The Arena Apartments development in South Brisbane is unlike anything else in Brisbane. Designed for Sydney based developer, Galileo Group, the favourable site offered an elevated North East orientation with expansive views towards the city. Its distinctive form has been generated as a direct response of overlaying the functional requirements of the brief with the specific site constraints, including a new cross block link connection through to West End, and the requirement to maintain views through the site for the office building behind.

Responding to the generous north eastern facing site the design includes two separate tower and podium forms that create and define a semi-public urban courtyard. This courtyard space is the heart of the project, incorporating public café and restaurant spaces, residents’ recreational facilities, and private residence courtyards. The tower form floating above is rotated at ninety degrees to the podium maximising city facing units while allowing for the view corridor for the existing commercial building behind. The two tower elements are supported by the large feature ‘chopstick’ columns that protrude down through the courtyard landing on their logical structural points within the basement.

Connectivity has been reinforced through the site by extending the cross block link from Browning Street. The location of apartments addressing the courtyard and the active café frontages ensure casual surveillance of the new pedestrian street. The traditional apartment tower entry experience has also been re-defined to draw all traffic through the central courtyard and enter the buildings from the internal street facilitating and encouraging further social interaction.

The podium and tower elements in each building are differentiated by not only their formal expression but also their material selections. Brick, tile and operable screening elements have been used through the podium areas, anchoring the base and offering fine grained detail, appropriate to the context. The tower has been given a cleaner expression, with glass and aluminium used extensively, all enclosed within the solid frame that oriented the apartments towards the city. Inside the apartments, the same quality is continued with gallery style track lighting, homogenous commercial vinyl plank flooring and full wall glazing to living areas maximising light and airflow. A large range of apartment types and sizes was created to suit diverse lifestyles that can adapt to the users’ needs.

Providing an enduring contribution to the neighbourhood, the development incorporates many sustainable offerings through the use of first design principles and a strong focus on the social interaction of residents and the public alike. 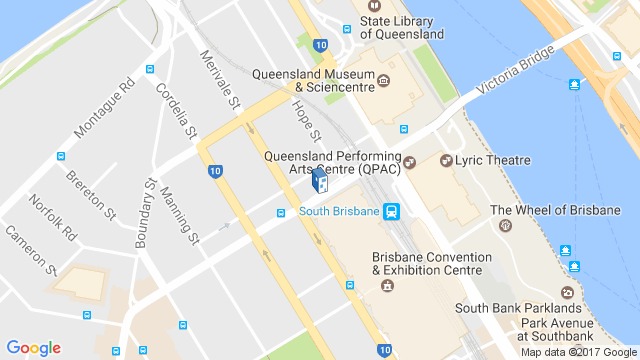