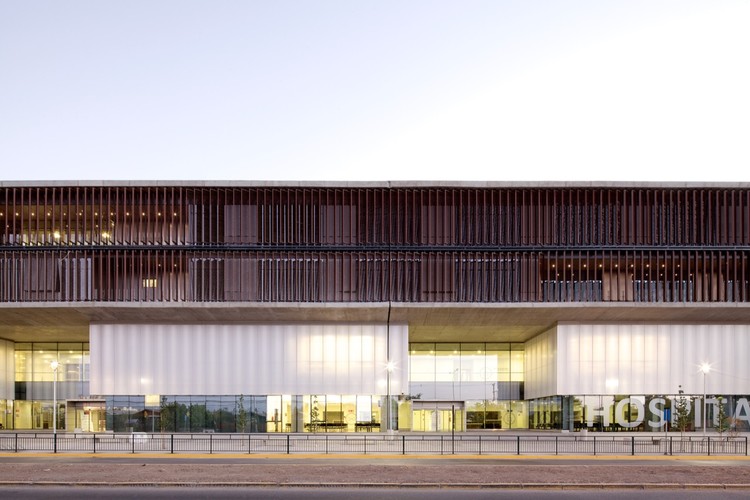 The project it's located on a 16,800 m2 plot with very unbalanced proportions: 350 m long and 50 m width in a ratio of 7 is 1. For this reason and in function to the complexity of the program, the occupation parameters, constructability and permitted height we decided to extreme the urban parameters looking to recover as much as ground level as we could on an on the green roof.

In response to the limitations of the land, we chose two strategies: programmatic clustering in volumetric boxes, with the aim of recovering the extent of the blocks, and setback of the facade, transforming the sidewalk into a public promenade, thus generating a prelude to building.

The first strategy is to generate the urban lecture of programmatic boxes (psychiatry, consultation, imaging, emergency) articulating the 350 m facade in four smaller volumes. Between the boxes are located the different access to the hospital. The boxes retrieve the measure of the blocks lost in the original plot.

The second strategy is the setback to the north of the first two floors of the building under the cantilevered body of hospitalization providing a more generous dimension to the sidewalk that runs parallel to the waiting rooms on the first floor. In that way we transform the sidewalk into a urban promenade which reinforces the character of the av. Froilan Lagos (ex "The Park") and is visually linked to the internal program of the building.

The coronation bar (3rd and 4th floor) build's all the 350 m facade, linking the lower boxes building a marquee to the promenade and houses the hospitalization areas. The perimetral concrete belt confines the programmatic volume giving unity to the facade. This element gives to the building the dimension of the 350 m terrain and transform it into an urban reference that can be seen from the distance, from the A. Vespucio highway and the elevated urban city rail (metro).

The third floor terrace is intended as a green roof, planted with different species of sedum, with low water consumption and moderate maintenance. This is the natural extension of the south public circulation of the hospitalization bar, a place for rest and contemplation at the point where the views open to the Andes mountains, and the valley of Maipo. 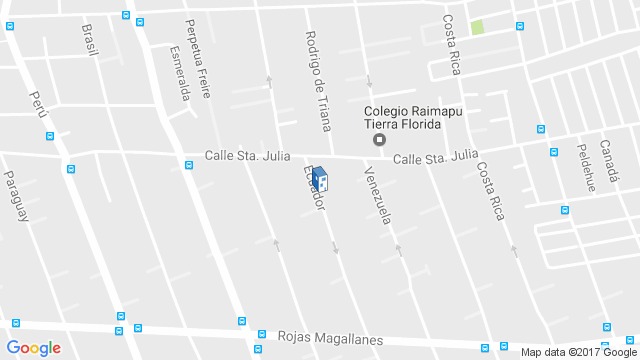