Flohara by XTU Architects envisions an inhabitable desert wall that constructs itself from the natural processes of its environment. Featured at the Venice Biennale's Morocco Pavilion exhibition entitled “Fundamental(ism)s,” this ecological phenomenon defies the conventions of housing, offering shelter from varying climatic conditions and supporting both human and plant life in the harsh desert. 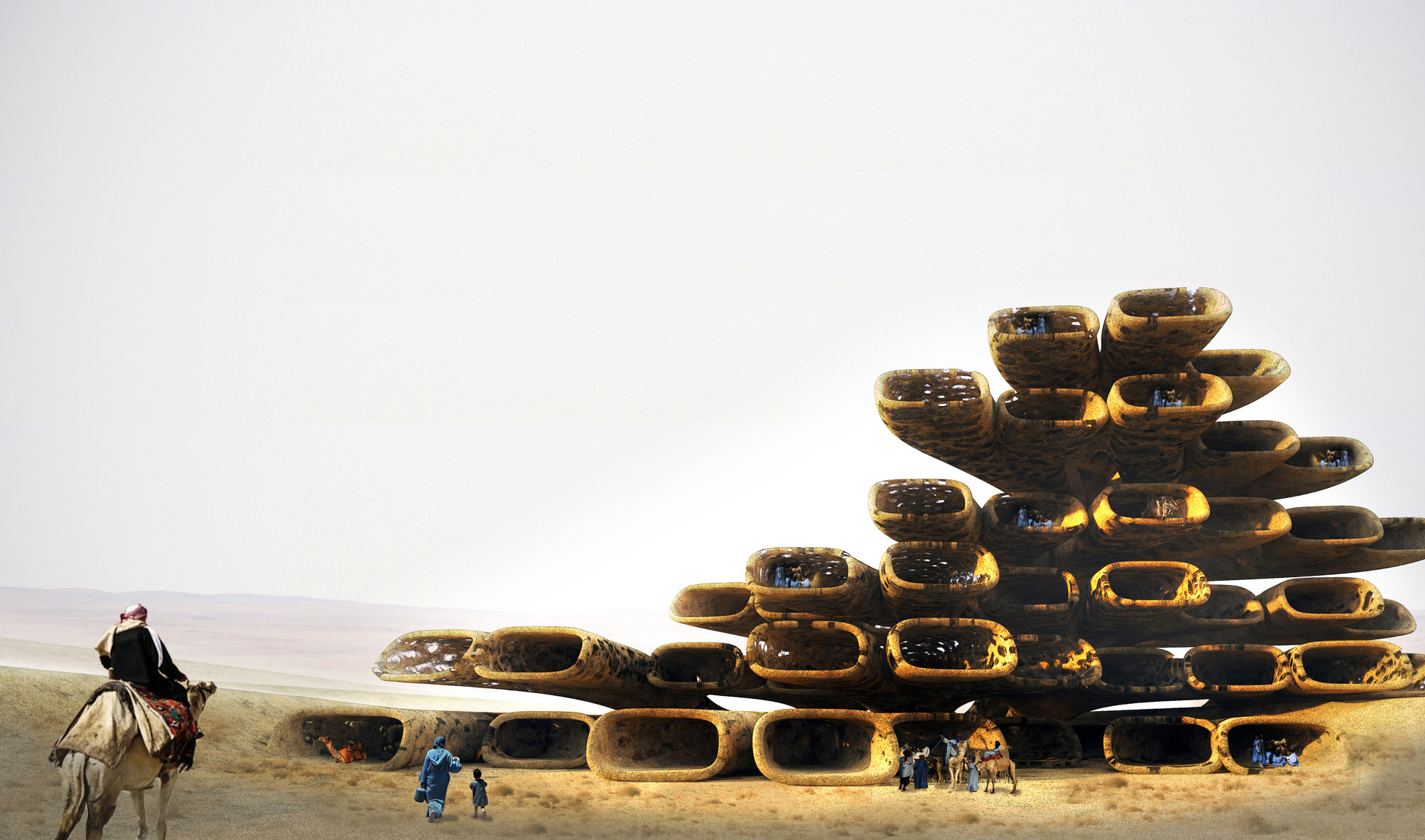 In the demanding conditions of the Sahara desert, Flohara uses its surroundings to build a habitable oasis. Stemming from the notion of shadow as life, the structure is composed of pocketed cells that form a wall, casting a vast shadow under which vegetation can thrive. Within its pockets, nomadic peoples can find shelter from the overwhelming heat of the desert sun, making the wall an “inhabitable shadow” in an otherwise sweltering landscape.

To construct the wall, the harsh climate is harnessed as a tool for progress. Inflatable textile bubbles are used as the form for the internal pockets of the structure. A mixture of sand, water (extracted from subterranean wells), hydrogel, and a calcifying bacteria is then applied to the bubbles, which are oriented into the prevailing wind. As the wind transfers sand onto the surface, the bacteria converts the mixture into stone. After a few applications, the surface is stable enough to remove the bubbles.

Through this construction method, the structure maintains a porous surface that funnels the wind for natural ventilation. An ecosystem at the ground level further fosters sustenance, as water from subterranean aquifers is brought to the surface to cultivate microalgae, mushrooms, and vegetables. 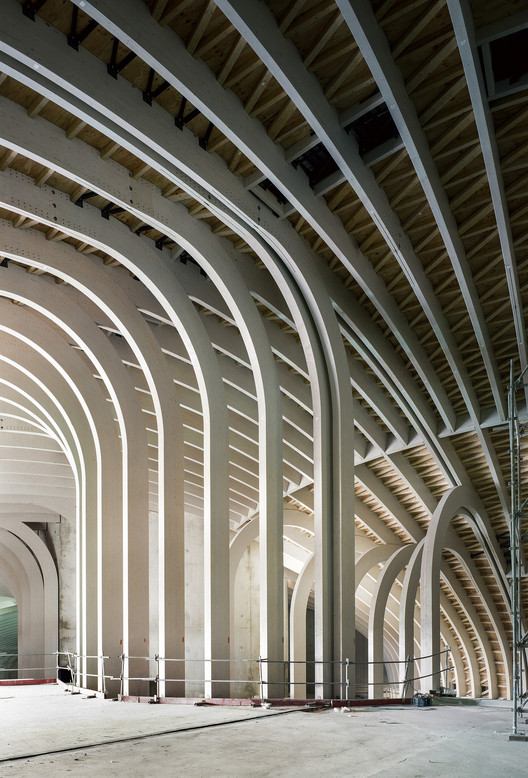