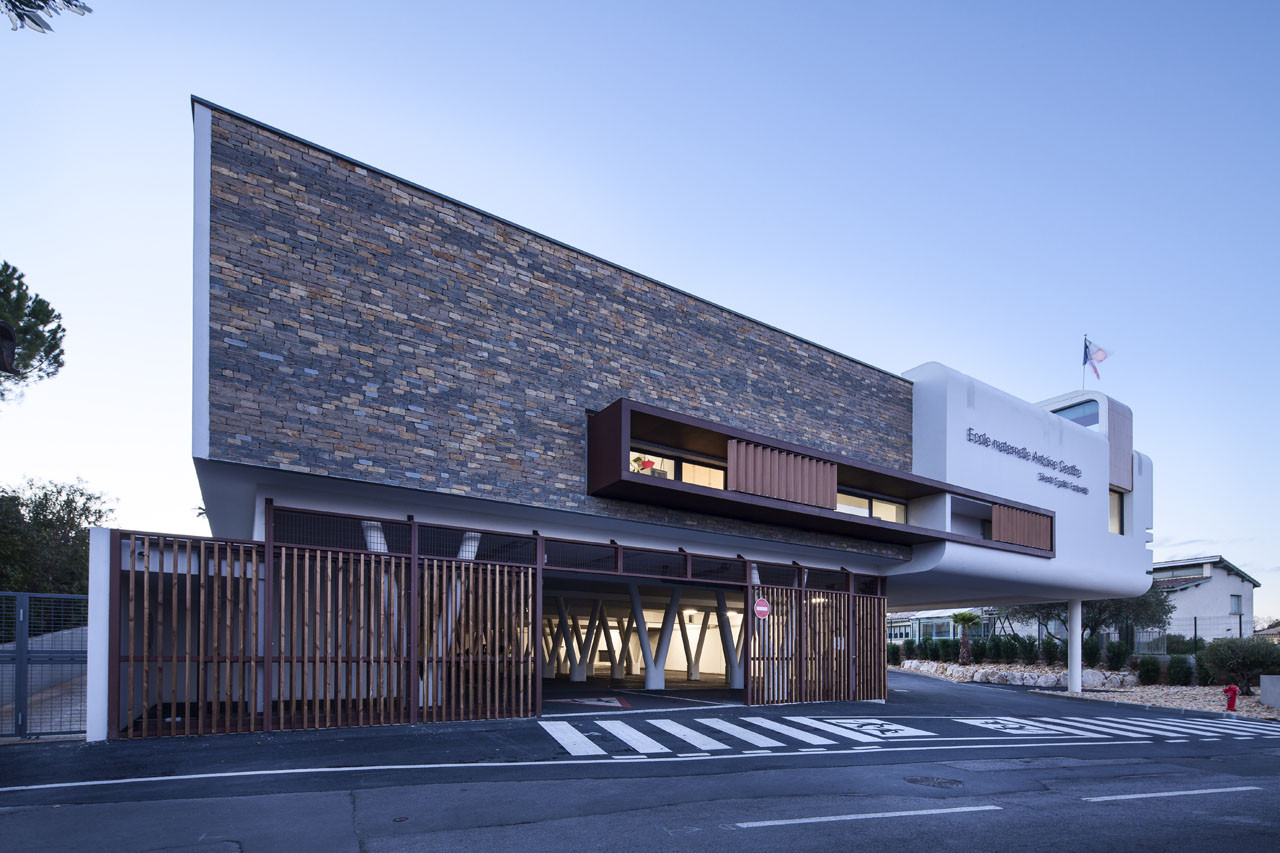 Text description provided by the architects. The project is part of a high quality site in regards to many criteria: first its location, the land is centrally located within the town and thus the construction will be very harmonious a cross between ancient refined architecture and a project with a resolutely contemporary nature. One of the major advantages of this project, in spite of being in the old city center, is that it benefits from a highly privileged situation: it is part of an extraordinary greenery patch and sat on a location promoting a great exposure and view.

This entire environment highlights the Mediterranean identity of this site, which is essential to honor as a token of the optimal integration of the project.

Respecting this Mediterranean identity is possible via the materials used but also through the volumes and proportion of the buildings that must take into account the surrounding constructions while maintaining its strong identity:  a school project is a priority in regards to public infrastructures

This projected configuration became a necessity and the ambition of the building was to “reach out” for the rue de la Chicane, which leads into the building in spite of a major East-West stretch of the land.

The land has noticeable slopes: a first steep slope between the rue de la Chicane and the small wood, in the East-West axis, and a second slope offering a favorable orientation for this site on its Southern side. It became an evidence to plan for a longitudinal building with a beautiful southern frontage in a towering position preserving the wooden area; furthermore this project was perfectly suited to the functionality of a school.

A school dedicated to small children means an easy access and optimized interior layout: it became evident to plan for a ground level building. Setting the building in the upper part of the land will enable to have protected external spaces and offer an ideal exposure, stretching the building to the East permits to raise the building off the ground in order to give it a strong identity from the street. This layout offers a large covered space for about 50 cars and thus optimizes the land to promote exterior spaces dedicated to the children instead of parking. From the street, the project bears a more urban nature; besides this parking area directly accessible from the street, which is covered yet remains open: there is a great permeability of the view on the neighboring spaces avoiding the negative confinement of most covered parking spaces.

The school is built only at ground level, thus promoting easy accesses for children and staff alike. The classes and associated spaces are configured around the external playground.  Spread out along the east-west axis, it offers an important southern frontage and benefits from great sun exposure; its laid-out setting allows for each class to find its place and promotes proper surveillance for the staff. Each class has a privileged access to the playground: the wide internal layout with large windows is punctuated with several entryways.  It does not give the sensation of a hallway because of its panoramic setting. Acting as a real buffer space, this flow area is protected by a cover that prevents direct sun exposure but permits the winter sun to warm up the space. The classrooms with rear and front windows also benefit from this thermal regulation and natural ventilation reinforced by a system of skylights that also gives a high quality natural lighting.

It offers a very strong architecture that promotes its innovative nature, without being artificial, and underlines the integration and perception of a public building with a very specific layout of the project in this location.

As previously demonstrated, the opening up and appropriation of the steepness nature of the terrain, setting the school on one single level gave way to a simple layout and refined architecture that underlines its Mediterranean identity: the warm tone of the Claret stone, used in gabions, grounds the project into its host location, the whiteness of the walls as if coated with lime, wakes up the blond color of the stone and will protect the building from overheating. On the less exposed building sides, a golden yellow tint brings a bright effect.  The passageway giving onto the playground, much like an arcade, is “canvased” with white metal ironwork, which much like a veil protects the spaces from the sun. 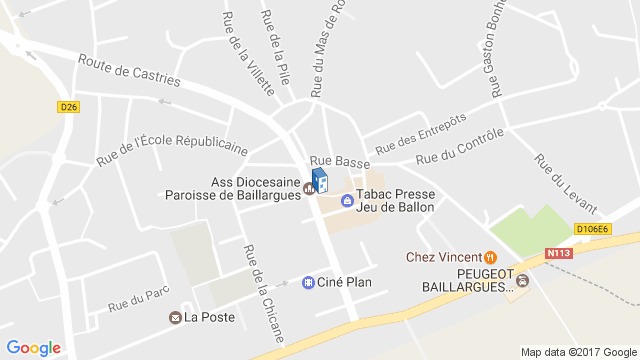