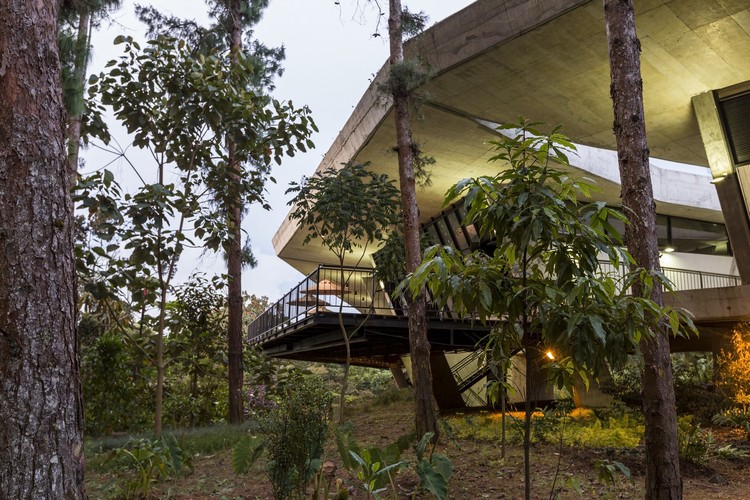 Text description provided by the architects. The challenge of this project was to design a park of 130 hectares in the middle of a forest reserve of 1760 hectares declared cultural heritage of the nation. The park should serve as a recreational, environmental and cultural model without affecting the forest; it should respect and integrate the cultural value given by the pre-existence of archaeological sites, and should include and exalt the value of the tradition of the chair makers of the region, a cultural heritage of the nation.

We chose a design strategy that discarded rigorous physical pre-figuration, which would make difficult the intervention of different specialists during design, construction and implementation. We created a system of game chips that understood the territory as a great game board, which allowed us to execute a series of strategic moves as the variables appeared.

The three main chips or parts were: the Silleta to connect the theme of flowers (21 proposed, seven built), the Centipede to give sensitivity to environmental issues (5 proposed, one built) and La Guaca to link the archaeological findings and culture (proposed, one built).

The Centipede: This piece is made by chaining eight modules, each one with four "legs" on the terrain allows the geometric accommodation to the contours of the land. These inhabited contours are implanted along the hillside allowing a semi courtyard to the side, and a viewpoint to the opposite side with distant views with a high landscape value. The building covers 2810 m2 supported on 32 feet that only make contact on 16 m2, with a contact index of 0.0056. Thus, it stands without interrupting the natural development of the flora and fauna of the site.

The Silleta: has its roof for growing flowers to give continuity to the tradition of the area, a regional landscape element, with a more contemporary approach based on the concept of pixels that facilitate bringing young generations of farmers, traditional chair makers and artists from around the world.

These "tripod structures" are responsible for safeguarding different basic services. The container is always the same and only the interior architecture has variations depending on program. Observed from lower angles, the structures acquire an appearance of comets ready for take-off. This apparent lightness gives them a reading of temporality or self-mobility of a traditional silleta.

The Guaca: It is conceptually based on the tradition of burial or guaca, a practice entrenched in the aboriginal natives of this Arví territory, an aspect of culture that is full of mystery and fantasy. These underground parts are located on the steeper peaks giving continuity to the indigenous tradition of using the hills as observatories and cosmological references. Being underground, this enclosure with a monumental format avoids the negative impact on the natural context and acts as a permeable surface, a fundamental ecological notion.

It houses cultural and artistic programs and exhibition spaces for the findings of the place. Outside, it operates as a platform for astronomical activities. Inside, a series of skylights ensure a rich play of chiaroscuro effects that make the perception of the interior space as constantly changing. 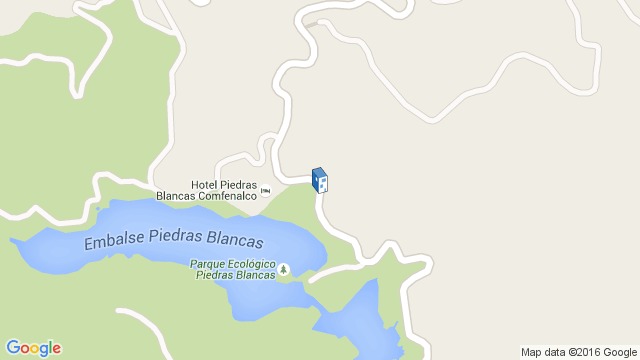