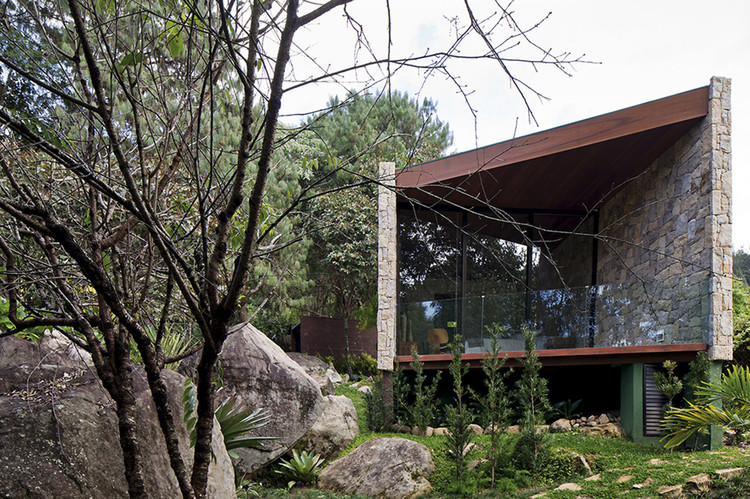 Text description provided by the architects. Built to be a writer's retreat in the middle of nature, the building was designed under the symbol of the cave. The symbolism of the cave is very broad and diverse. It suggests shelter, self-knowledge, return to basics, reflection, pregnancy, growth, freedom through thought, and many other meanings that can be found in ancient people´s mythologies and suggest the use of this building as much as a shelter as an ideas’ instigator.

The shape of the construction was defined by the small buildable area on the lot. This configuration enables a cozy and protected interior, allowing, at the same time, a great connection with nature. Through the large window, one can clearly admire, in several scales, the passage of time, from the hours to the seasons of the year.

Once the writer is in it, he is cozy and protected. He has everything he needs, as in a womb. He is secure enough to get in touch with all his most inner thoughts, demons, and illusions, so when he gets out of it, he feels fresh and full of new ideas.

Built in steel frame and clad with stones found on the lot, the volume houses a bedroom, a bathroom, and a small pantry. It´s covered with metal roofing and has aluminum and glass frames. To warm the interior, wood was used both in the ceiling as on the floor. 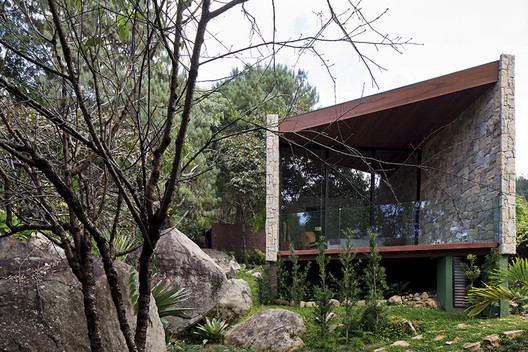