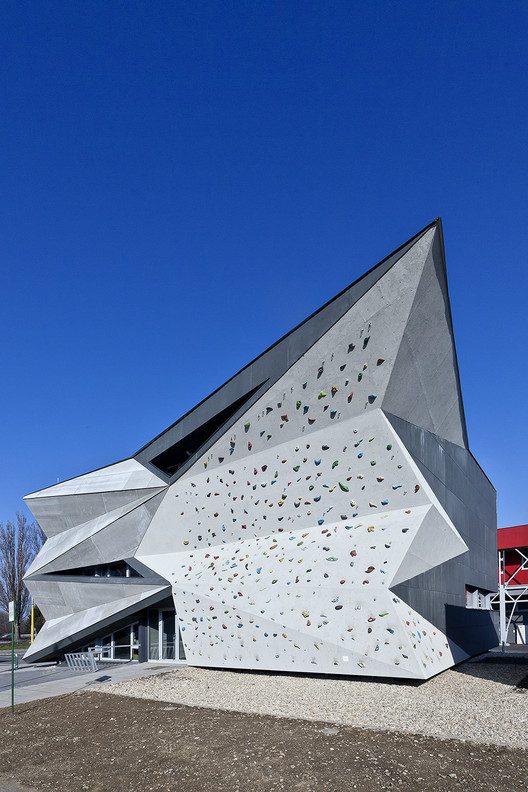 Text description provided by the architects. Transformation of heat exchanger to culture and sport centre.

The project is a part of the Košice European Capital of Culture 2013 project in order to transform a former heat exchanger into a cultural, public and sports centre. The redundant former heat exchanger is situated in the dominant part of the residential district, Nad Jazerom. The transformation of the function is reflected in its concept by means of a clean-shaped joist acting as a dynamic boulder.

The top consists of some kind of atrium with four big trees creating an isolated space from the world around. The rugged facade accentuates the public area. The exchanger has five different interconnected floors based as galleries. Each of them fulfills a different function. 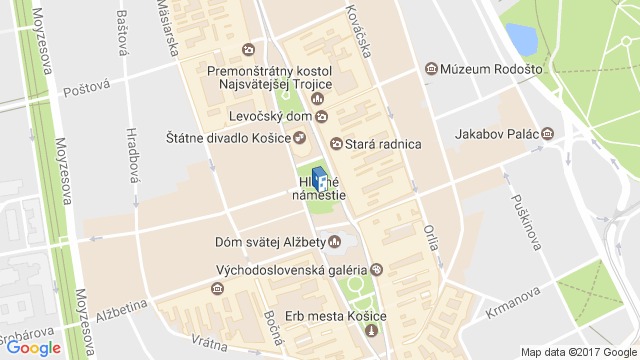 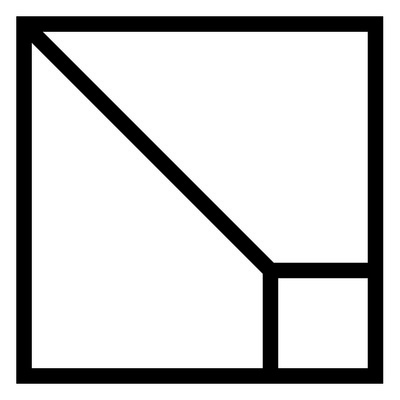