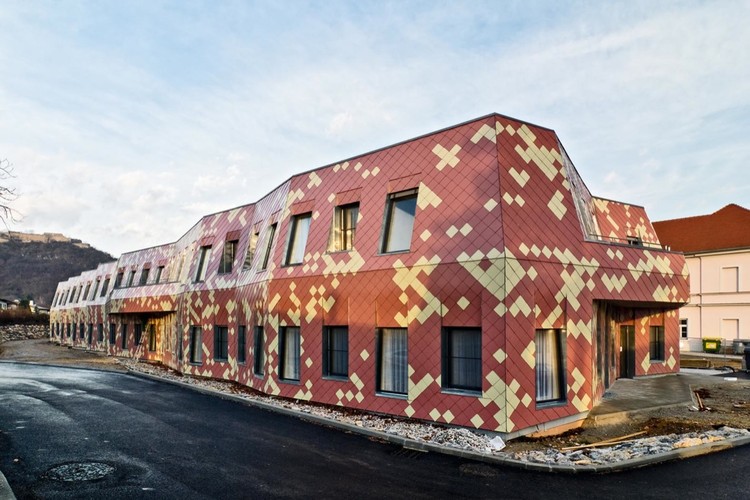 Text description provided by the architects. In an aging society and due to the tendency in the industrialized west of extended lifetimes, the typology of nursing and retiree homes and its architectural manifestations increasingly gain importance. This happens especially in regards to these buildings' relevance as people's last home in life. In Austria, the public sector, in this case the state of Lower-Austria as the client for this nursing home project, accepts this challenge.

The existing old building of the nursing home in Hainburg was built in 1825 as a castle and changed its use in the course of history for several times: after its original use as a castle it served as an institute for army officers, as barracks, a Russian military hospital and from 1948-1989 as the main hospital of the entire region. Since 2000 it has served as a privately-run nursing home. Recently, the state purchased the building and planned to extend it with a new building housing 50 additional single rooms including their shared facilities.

The new building's volume - a double-storey, compact bar - is positioned perpendicularly to the existing historic building. This has a twofold effect: on the one hand, it only touches the old building punctually through a glazed joint, on the other hand it frames the exterior front yard while preserving a maximum of the park and trees in the back.

Form and structure of the building aim at reconciling the repetitive nature of the program, the wood structure and the need for a fast and efficient construction with the inhabitants' desire for individual differentiation.

In order to deal with the desire for individual differentiation, the project employs a strategy of a two-way fold, both on the exterior and the interior. On the outside, the folding breaks the length of the bar volume and allows for local differentiation by making each single-room readable. Each room has 2 windows, one is a regular one and the other is fixed-glazed and tilted, with a low parapet. The latter allows persons that sit in the wheelchair or rest in bed to have an equivalent view out of the window. The regular window is vertical and operable. The resulting niche in the facade that it produces on the outside with its integrated pot can be used for flower planting. Hence, each inhabitant is able to customize his/her face to the exterior. Furthermore, the different tilted windows produce difference through their alternating reflections of the surrounding trees and the sky.

On the inside, the strategy of the fold is employed in the corridor walls. The folding marks each individual single room and generates niches in front of the entrance doors that can be occupied by the inhabitants in various ways, thus rendering the corridor as more than just a space for circulation.

Furthermore, the folds shorten the length of the corridor visually and they zone it.

Inside the corridor walls, the folds create space for integrated mechanical shafts and built-in closets alike. The latter contain nursing material that is accessible from outside the rooms.

The corridor has 2 common public spaces at its ends. A recreational room is located towards east with views to the close Slovak capital Bratislava. On the west, there is an open loggia with views to Hainburg castle. In the center, in close proximity to the central nurses' ward located at the joint between the old and new buildings, there is a third common room facing south. All three common spaces have balconies/terraces attached. It is this distribution of the common shared spaces that complements the individual privacy of the single-rooms and supports social gatherings in small groups among the elderly at every time of the day.

In addition to the strategy of the fold, the skin employs a second performative framework to break monotony and instill differentiation, while maintaining overall coherence. The skin, not unlike a chamaeleon, mediates between two predominant colors: the pink color of the old building and the green of the recreational park in the back. It gradually changes from one to the other, starting with pink at the eastern end of the joint between old and new, changing to green and changing to pink again when returning to the joint on the western side.

The skin is pixelated through the use of diamond-shaped Eternit-shingles. A simple algorithm is introduced, based on a combination of successive mirroring at the fold lines and the gradual addition of pixels of one color while subtracting the other. This set of basic rules allows for the described performance. At the same time, it keeps the manual and systematic installation by the construction workers simple.

In order to satisfy the need for standardization in order to realize the complex geometry cost-efficient and in a short amount of time, the building was built in timber panel construction with solid wooden floorplates. The advantages comprise the dry mortarless construction with a low deadload and the high amount of prefabrication with its benefits of precision and speed. The single polygons of the walls that result from the folding, were prefabricated piece by piece. The plumbing units were premanufactured as fully-installed, light-construction boxes that only had to be plugged in on-site.

In terms of finishes, the exterior consists of diamond-shaped Eternit-shingles in 2 colors, while the interior is composed out of wood surfaces, laminate and linoleum and wooden floors.

The building fulfills low-energy standard. In addition to the sustainability of the buildings low energy consumption, a few ecological and sustainable materials were consciously applied: the entire structure is made of wood, no reinforced concrete is used above-ground. Only the lift shaft is not built of wood but fire-rated steel, due to fire safety reasons. The thermal insulation is achieved through natural flax, and the gravel bed under the foundations consists of foamed glass made of recycled glass.

Address:Hofmeisterstraße 70b, A-2410 Hainburg, Austria 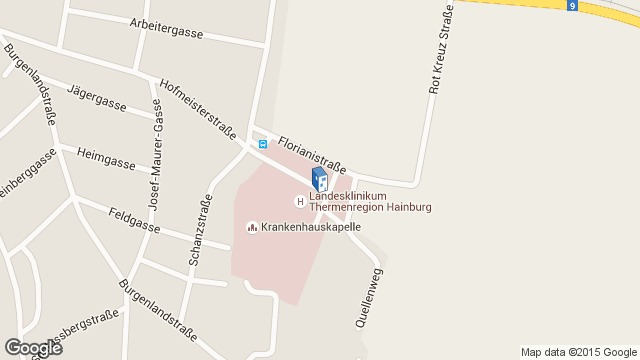 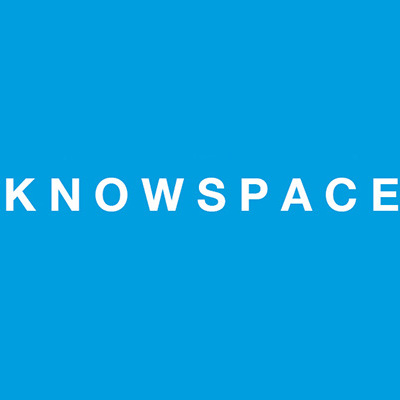