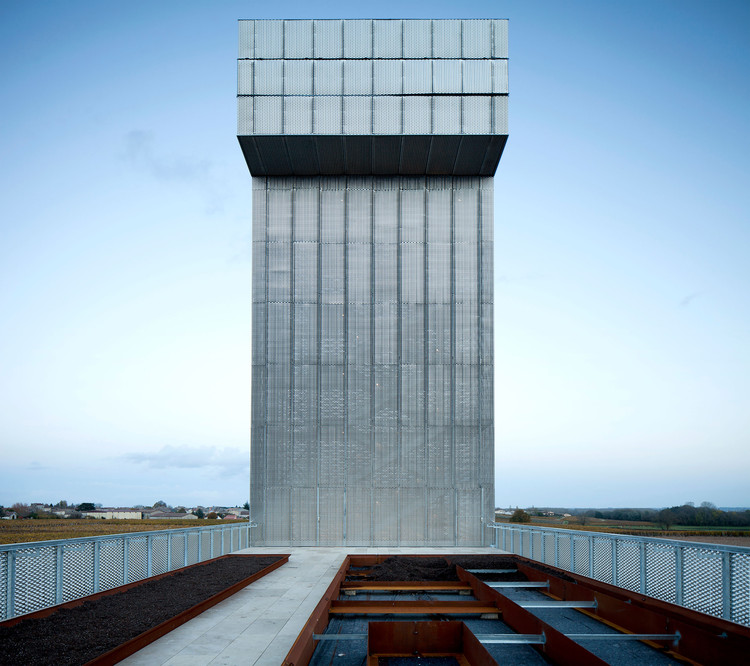 Text description provided by the architects. Tasting centre and observation tower at Château Gruaud-Larose in Saint-Julien-Beychevelle, in the Médoc.

There is now a tower overlooking the countryside in Saint-Julien-Beychevelle, at Gruaud Larose. This is 21 metres tall, has an overhang, and is built in a harmonious style with right angles. It appears enigmatic when seen from afar. While it was being built, some people said that that this would be tallest palombière (wood pigeon hunting hide) in the Médoc...

The owners of Château Gruaud Larose asked Bordeaux architects Lanoire et Courrian to design a new building to house a visitor reception centre, boutique, and tasting room. The project consists of a rectangular parallelipiped building 46 metres by 9 metres set into a natural slope.

This houses a visitor reception centre with plate glass windows on one side overlooking the park and on the other side looking out onto the vines, both with a ground level view. The mineral and vegetated roof of this concrete structure rises up from the slope as though it were an extension of the grounds.

The 21-meter tall observation tower overlooks this pedestal-like building located at its extremity that fits in so well with the park. The appearance close-up is very attractive, featuring two staircases decorated with a mirrored polish finish stainless steel mesh pattern providing access to the platform on top of the tower.

This sparkles and reflects the surrounding landscape.

Traditionally, the high point of visits to the château was the panoramic view from the tower encompassing the Gironde estuary and the entire Gruaud Larose vineyard, located in a single block around the château.

The observation tower perpetuates this magic moment for visitors thanks to a 360 degree view available thanks to automated shutters that open up all along the periphery.

When closed, these mirrored polish finish stainless steel blinds blend into the façade.The tower thus seems very mysterious and luminous at night, like a lighthouse in the vines.

This sensual project is embedded in the Médoc gravel, taking off towards the vines and the sky, with a view of the vines, the prestigious Gruaud Larose estate, and the estuary. 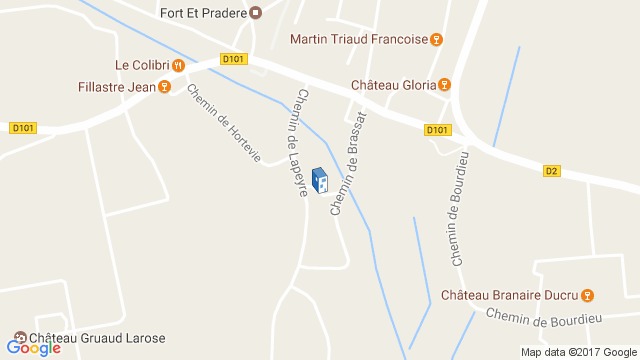 Location to be used only as a reference. It could indicate city/country but not exact address.
Share
Or
Copy
About this office
Sarl Lanoire & Courrian
Office
•••