In their notes on the selection of Frei Otto as the 2015 Pritzker Prize Laureate, the jury described him as an architect that took his work beyond the boundaries of the discipline, as an architect who was also a “researcher, inventor, form-finder, engineer, builder, teacher, collaborator, environmentalist, [and] humanist.”

To learn more about Otto’s multidisciplinary approach to architecture as well as his emphasis on experimentation, we turned to an interview he did with Juan María Songel in 2004, published in the book A Conversation with Frei Otto. In the interview, Otto discusses numerous topics of interest and relevance to architecture in the 21st century, and in particular the importance of experimentation and research, declaring: “Productive research must be brave!”

Otto begins the interview by sharing his thoughts on the idea that there are “infinite discoveries to make”:

"The ability to build assumes the knowledge of all architecture and construction forms, as well as their development. To build means to advance this process, to investigate, and to make. The development of buildings began over ten thousand years ago and has reached an extremely high level, but is in no way a closed process. There are still an infinite number of open possibilities, infinite discoveries to make."

Yet for Otto there is a lack of interdisciplinary research within the profession:

"Today neither architects nor engineers carry out notable research. They don't get involved with either the humanities or natural sciences."

Otto collaborated extensively with engineers, and he was known for the emphasis he put on technology, years before the start of the high-tech era.

Frei Otto had close and fruitful relationships with some of the leading engineers: Fred Severud, Ove Arup, Ted Happold, Eduardo Torroja, Heinz Isler and Félix Candela, among others. It was through these friendships that he came to meet Walter Gropius on a trip to the US in 1950:

"I continued developing relationships with some of them until their deaths, especially Walter Gropius and Mies van der Rohe -- very important and beautiful relationships for me."

Gropius came to regard Otto has a true successor of the experimental methodology of the Bauhaus movement because Otto “did not start from any formal approaches, but searched for the future architectural form through experiments.” Through his system sketches, Otto sought to organize the infinite possibilities of forms, which he referred to as his “systematic method of invention.”

“But the truly important things did not arise from that method, but largely from fortuitous or casual observations made during experiments, some of which were planned in a completely systematic style,” he explained.

Today, the need to carry out experiments and physical tests with models is put into question with the ability to use the computer as a tool for optimization and a way to search for new forms. But how useful is the computer really?

“The computer can only calculate what is already conceptually inside of it; you can only find what you look for in computers. Nevertheless, you can find what you haven’t searched for with free experimentation.”

Yet, Otto didn’t refrain completely from using computers in his designs:

"I must add that since 1965 all my buildings have been calculated with the computer. This is natural and does not need to be questioned, because it's common practice today."

These extracts from Otto’s conversation with Songel provide a glimpse into Otto’s inquisitive approach to architecture, his multidisciplinary view of the field and some of the challenges that lie ahead. Otto’s belief in the importance of experimentation and how it’s the key for future generations is also an integral part of the conversation. Ahead of his generation by decades, Otto understood the human-technology duality years before the high-tech era took off.

"One can think of everything, one can calculate everything using the computer."

View all of our 2015 Pritzker Prize coverage here, and purchase a copy of A Conversation with Frei Otto at Amazon here. 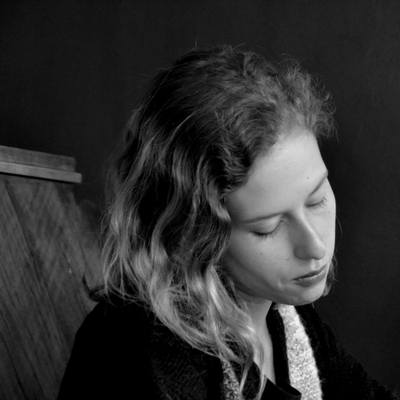