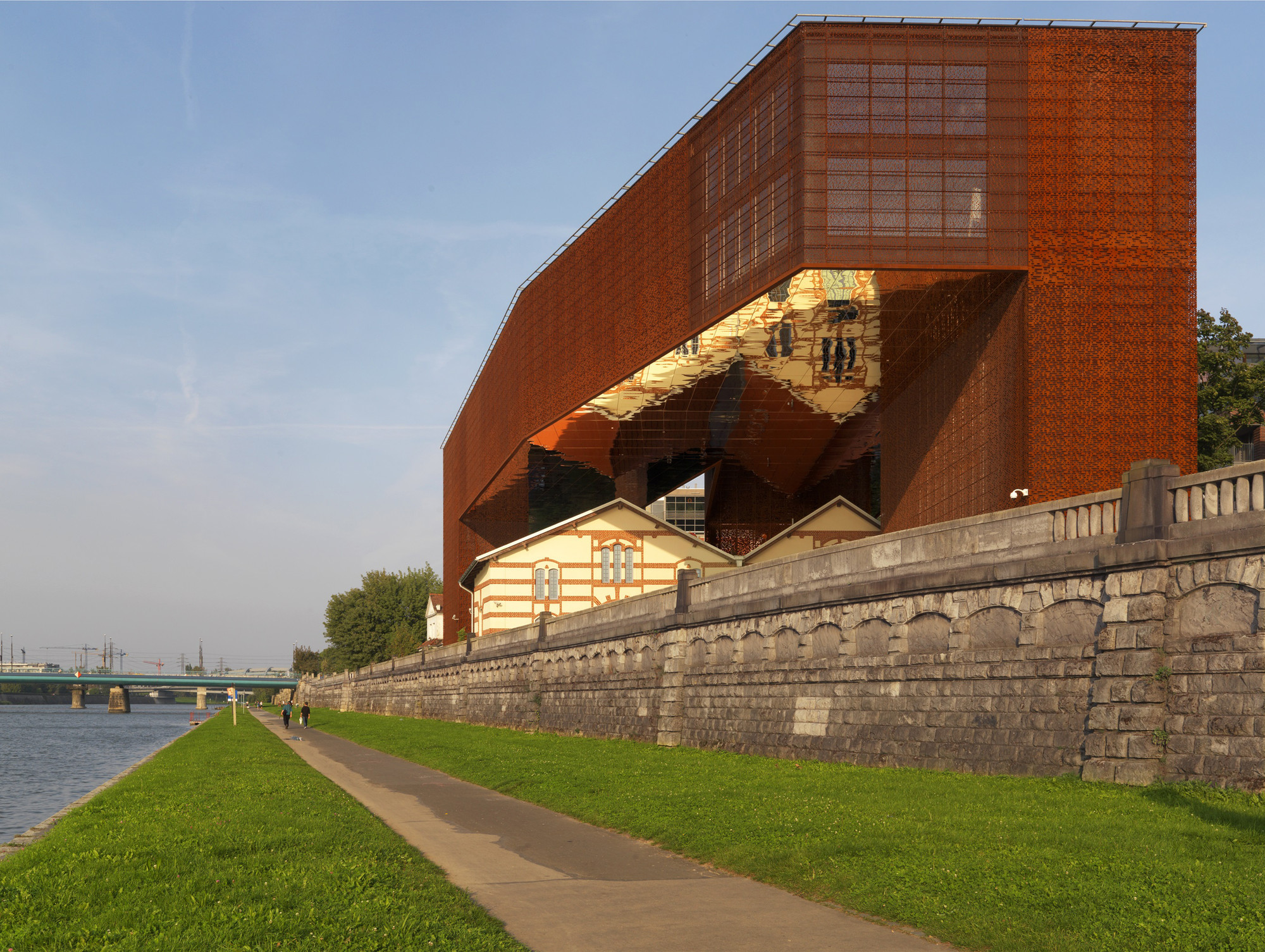 Text description provided by the architects. Any time I manage to make something genuinely new, it is made of well-known elements of surrounding reality. It fascinates me as a kind of perversion, kind of unauthorized, unacceptable operation and I think it is the only way to find something truly isolated in art.

The Center of Documentation of the Art of Tadeusz Kantor “CRICOTEKA”, the symbol of artistic search for the individual path to creativity, crossing the border between the actor and the audience, between the creator and the and the recipient, engages everyone in an activity-game-collective play. The municipal public space constitutes both the stage and the audience; it is a venue for constant performance. Its value lies in effacing the borders between the inside and the outside, the space “flows”, it is shared. The creator, artist, residents and visitors all take part in the process, activity of creating space which can be shaped with selected objects, structures, means and methods. The Center of Kantor’s art should promote this message.

The building is not intended to function as a static presentation of the individual artistic works of the artist but rather as a continuation of his dynamic vision of art breaking away with conventions, valuing it not only for the autonomous character of form but also for the creative process which allows for the development of the artist and his work. The created space is a “preparation“ for action, which can take on a happening nature.

The Vistula river, its banks and directs surroundings are “objects and props” which can take part in the play and their presence on the stage (through a mirror reflection on the ceiling) provides grounds for creative use.

According to Kantor’s creative visions, the museum building need not be integrated with the surroundings and the existing building does not fulfill its nature trough identification with is original function, but through a conscious contrast of form and content they create grounds for conflict and “clash”, thus marking their presence in the hitherto indifferent surroundings. The purpose of creative activity is not identifying the structure as a form but rather the way it interacts with the environs.

Abandoning the idea of developing the entire parcel ground and relieving it for purposes such as performances, exhibitions, shows, happenings in the Vistula riverside “theatre” extends the range of influence of the form and its content to the entire urban scale of the city.

Transforming the characteristic image of a man carrying a table on his back is a symbol of the “clash” between the matter, the object and  a human being who-through his creative effort – invest a new form, endows the new “piece” with meaning and constitutes feedback originating from the combination of the idea of a creator and the choice of “material”.

Particular zones of the new complex do not build a fixed order of functions, but rather create a semantic hierarchy for particular programmed elements.

Two forms visible from afar, adequately diverse in terms of functions, dominate the space, intrigue with the contradictions creating emotional tension and create the "field" of action in the centre of the complex. Expanded entry zones use space in the area and under it surface, introducing the participants-visitors to "action", consisting in making choices, discovering the "material".

The added building looks like a wrapped “object” with a “mysterious” and adequate to its function structure which is hidden behind the packing. The construction of the new part of the complex applies non-conventional solutions both in their material and static aspects (material: steel, reinforced concrete, glass) and the structure of buildings is resultant and derivative of the idea to form an external “theatre” space and create mutual tension between the individual elements of the entire arrangement.

Cricoteka building has a form of two intersecting arches made of spatial reinforced concrete steel truss based on two shafts. The third pillar is a steel, double-rocker. The branch support truss’s given implementing raise equal to their constant deflection under load and utility. Due to the complex geometry and other extensions, the raise values of the executive are different, which was included in the design of the cross. Rely on reinforced concrete prefabricated shafts was implemented through five pot bearings and one of the lens. Horizontal forces from the upper belt trusses are carried by special anchoring structures embedded in the shafts. The horizontal forces from the lower belts are passed in turn by the thrust on the walls of the shafts.

“Cricoteka” was established as a public utility institution and as such reserves the right to constitute a characteristic or even a dominant feature in the panorama of the city. The scale of the building – appropriately balanced - may reduce the negative influence of the surrounding tall buildings. The assumed height is similar to the height of the building in its background and much lower than the hotel recently built in the neighborhood. 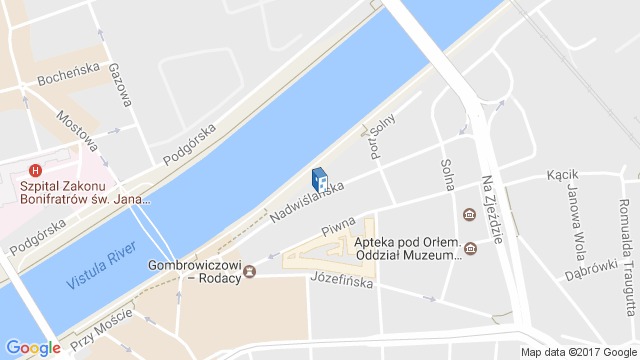