“The city for the people!” is the familiar rallying cry of the reformist architect - but which people, exactly? That’s the question at the heart of rooftopping, a new and thrill seeking variant of Urban Exploration which has recently captured the attention of the media. Spreading via social media outlets such as Instagram, the stunts draw attention by design, but why has coverage of the form of Urban Exploration climbed to such great heights?

Urban exploration has been at the fringes of the public consciousness since the mid 2000s as a form of punk sub-culture; anarchists poking around in sewer tunnels and proto-pinterest ruin exploration (although unsurprisingly the habit of people breaking into abandoned, closed off or normally inaccessible buildings dates back much, much farther). The way rooftopping has captured the public imagination, though, is as a form of public discourse: how it meshes with social media, the way corporate groups have attempted to market stunts, and the way these groups are interacting with the urban environment. 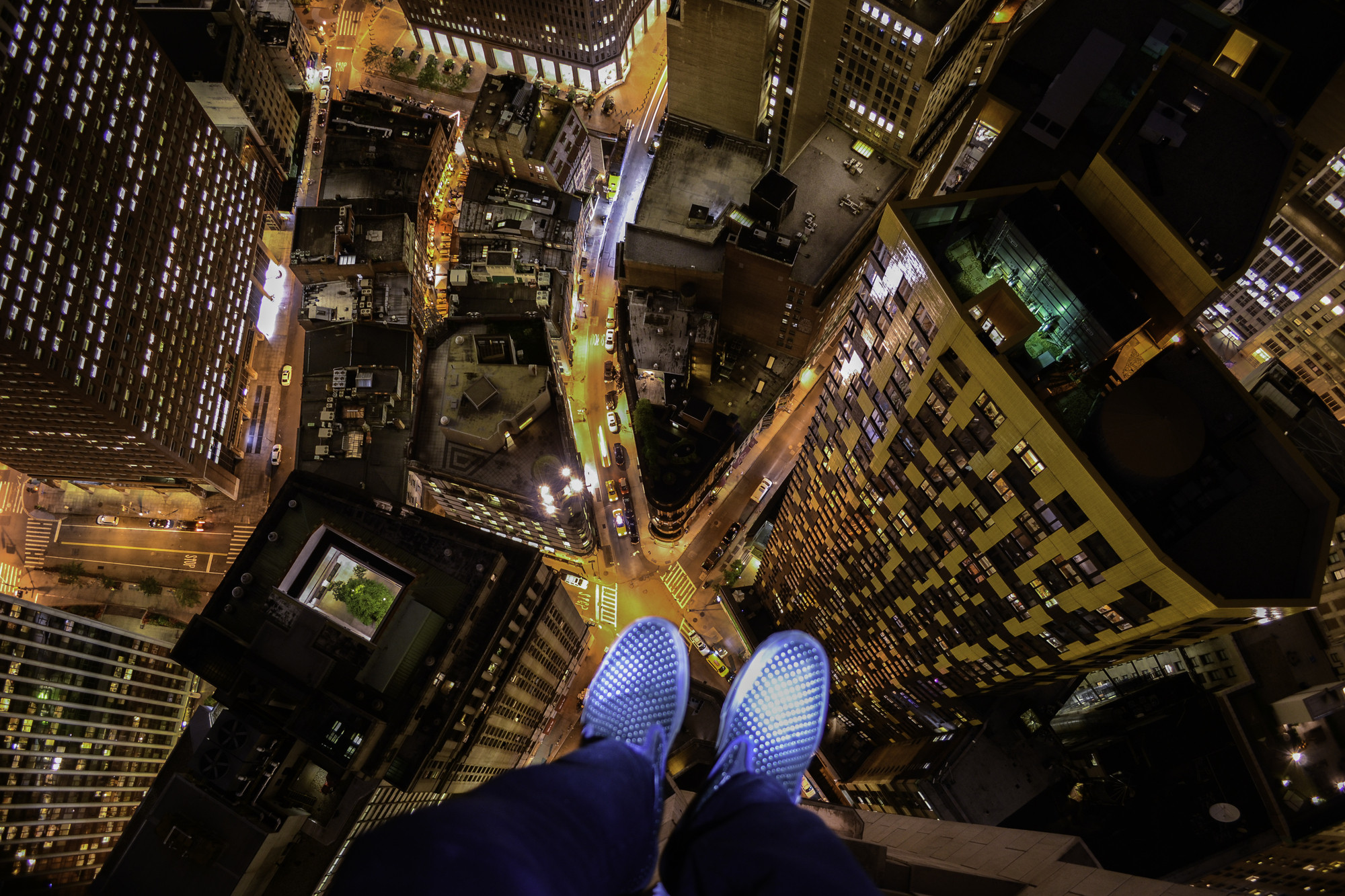 Over at the Guardian, ethnographer Bradley Garret has been exploring these explorers. His primary explanation, while acknowledging the roles of social media and politics, is that cities are increasingly built to streamline experience and become as user friendly as possible - a good thing for many, but anathema to a subset of people he defines as “risk seeking.” He presents it as natural, inevitable, that some people will reject the curated city-on-rails experience and seek a way to subvert the self imposed rules of urban environments. This impulse is not so different from city-based life hacks or past phenomena like flashmobs or the urban theatre of ImprovEverywhere - just a more hard edged version.

This explanation of why these groups and individuals are performing increasingly high profile, high risk stunts taps into wider concerns about the social effects of “risk averse” cities. The impact of big-data and new forms of communication will greatly streamline experiences of cities, but schemes that choose which areas to make accessible and which areas to leave off the map run the risk of creating a curated city which not only removes risk, but could define what is and isn’t accessible for inhabitants. Fears about the impact of Smart Cities run much deeper in the architectural community; for example, Rem Koolhaas provided a stark warning at Brussels that the varied proponents of Smart Cities “[feed us] cute icons of urban life, integrated with harmless devices, cohering into pleasant diagrams in which citizens and businesses are surrounded by more and more circles of service that create bubbles of control. Why do smart cities offer only improvement? Where is the possibility of transgression?” If these stunts are spurred by the claustrophobic regulation of modern cities, then it seems that Koolhaas’ fears have symptoms.

Looking even further back, concerns about flâneur culture were based around the same conflict between those who seek risks and those who desire a streamlined experience. The flâneur, a 19th century concept meaning stroller or saunterer, acquired a meaning as a form of outside observer, able to understand the city through alienation from the collective experience. The point was to conspicuously break cultural norms  - some more flamboyant types would, for example, take a turtle for a walk - but more importantly while being seen, they also saw. Observing the collective urban culture without losing individual identity, the flâneur was embraced by some as a model of urban identity, but there was just as much suspicion of the idea - Bram Stoker literally depicted Dracula as a flâneur, tapping into fears about the way they lived almost parasitically off the collective inhabitants of the city without participating.

To be so apart from the collective identity of a city was almost threatening to the bourgeoisie in the late 19th century; now it appears that the bourgeois values of the 21st century are similarly threatened by urban explorers, with increasingly harsh reactions by city authorities to these new, three-dimensional flâneurs. Arrests for trespass and mischief have become common, and Garret reports that the artists who swapped out the Brooklyn Bridge’s US flags for white ones were questioned by the FBI. Whether this is simply a slow reaction by authorities to a new trend or part of a wider restriction of movement is impossible to tell.

For a long time, architects and planners have sought to expand participation simply by increasing the amounts of data they throw out to people, and certainly not without success. But what Garret and other rooftoppers, as well as other more earth-bound urban explorers show, is that it’s precisely this model of participation that is driving some people to reject other narratives and build their own, with potentially dangerous results.