SO-IL, in collaboration with FREAKS freearchitects, has been selected as the first-prize winner of a competition to reinvent the historic Site Verrier in France. Located in the Northern Vosges Natural Park, the updated plan addresses three elements of the site's industrial past while providing a dynamic space for cultural interaction and historic exploration of Site Verrier's glass factory days. 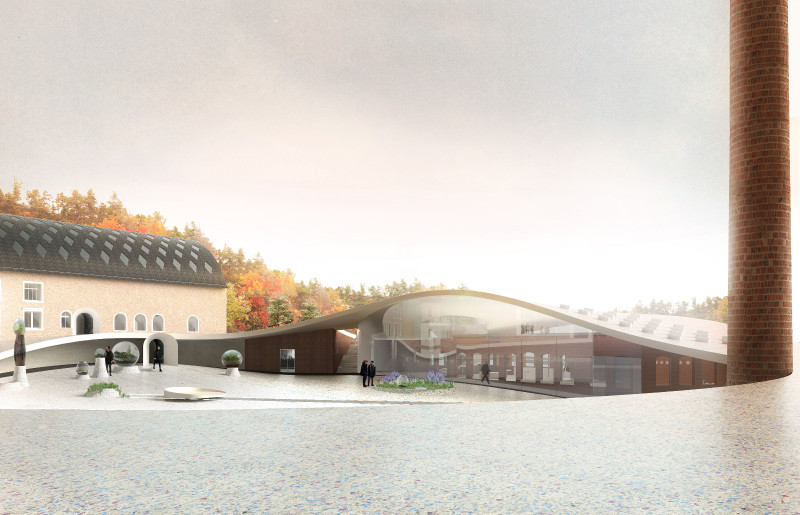 The site maintains three distinct identities: a glass museum which memorializes the area’s past function, the CIAV which houses an art center for both traditional and contemporary applications of glass works, and the Cadhame which presents a space for art installations and public gatherings. The new design seeks to form a connection and cohesive language between these separate identities while maintaining a central public space for spontaneous interaction. The inclusion of the public area reinforces the established historic layout while bringing more activity through it with a venue for performances, festivals, and markets.

Using the existing “tapestry” as a guide, all new functions respect the established site, meandering within its three regions. These include art storage areas, offices, workshop spaces, a café and restaurant, and a 500-seat theater that can be reconfigured to accommodate shifting demands. Through these means, the site is updated to better suit modern needs and broaden its function while allowing the space’s past to maintain a strong presence, creating a seamless dialogue between old and new.

Reflecting on the updated Site Verrier, SO – IL partner Ilias Papageorgiou remarked: “The design is inspired by the transformative process of glass making; a reinvention of the site into a new form born from its history and looking towards the future. At this new multidisciplinary center visitors will experience contemporary art events together with insights in the rich history of glass making.”