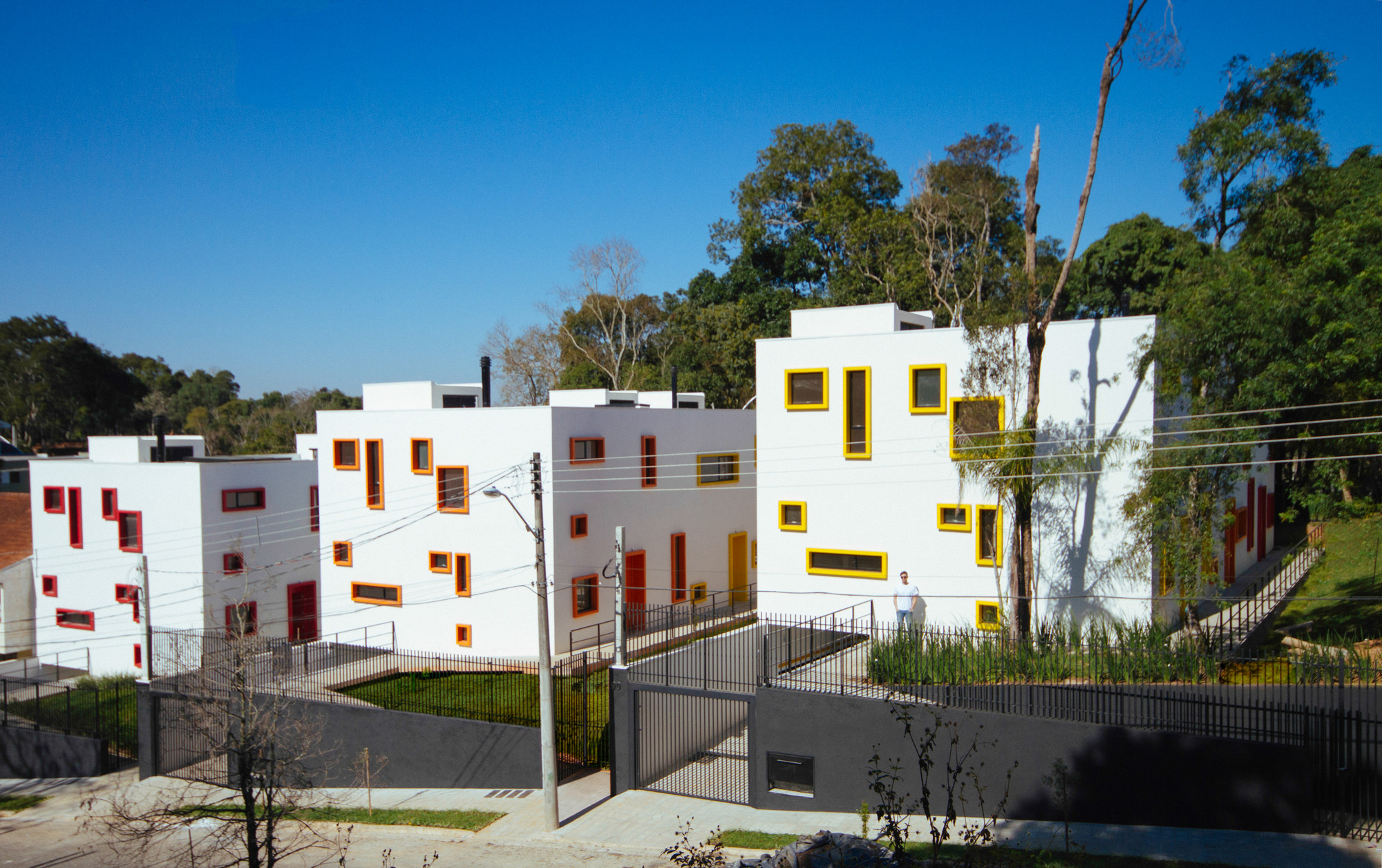 Text description provided by the architects. The three complexes, each one with three houses of their own, is located in a remote neighborhood lying to the north of Curitiba marked by the conflict between the growing demand of housing produced in series and the protected green areas.

The proposed design involves the non-unification of the neighbor lots, treating them independently in order to take advantage of the existing legislation and distance itself from the typology of the housing facilities parallel to the street, produced abundantly in the area.

Each lot consists of three houses generating a single compact block, organized linearly, that does not occupy the total frontage of the lot. This configuration, that conforms the pedestrian access of the habitation, allows the preserved forest in the background of the plot to communicate visually with the street, creating an important relation amongst the green at the back of the loft and the public space.

There are two distinct typologies of the house, both with three floors: in the block ends the residence comprises of three bedrooms and a central void, which organize the entire flow of the house; centrally the unity typology consists of two bedrooms and a larger void on the back.

The difference between the habitations, whom objective is to set an individual character to each unity, happens through the composition of the openings, set in a non-regular way along the façade, as well as through the different colors used on the window frames. These colorful frames not only function as constructive element that contributes to strengthen the walls, but they also allow a specific image of the surrounding areas and modify the shade of the light entering the place.