When asked by the City of Paris to envision its future, Planning Korea turned to the uncharted microbial world of the city’s parks. Their observations lead them to an unusual proposal: shape the future “Greater Paris” by infilling voids within the urban landscape (in this case, between two bridges in the heart of Porte Maillot) with a floating, “organism-like” complex of mixed-use pods designed to coexist with the “macro world of artificial structures.” 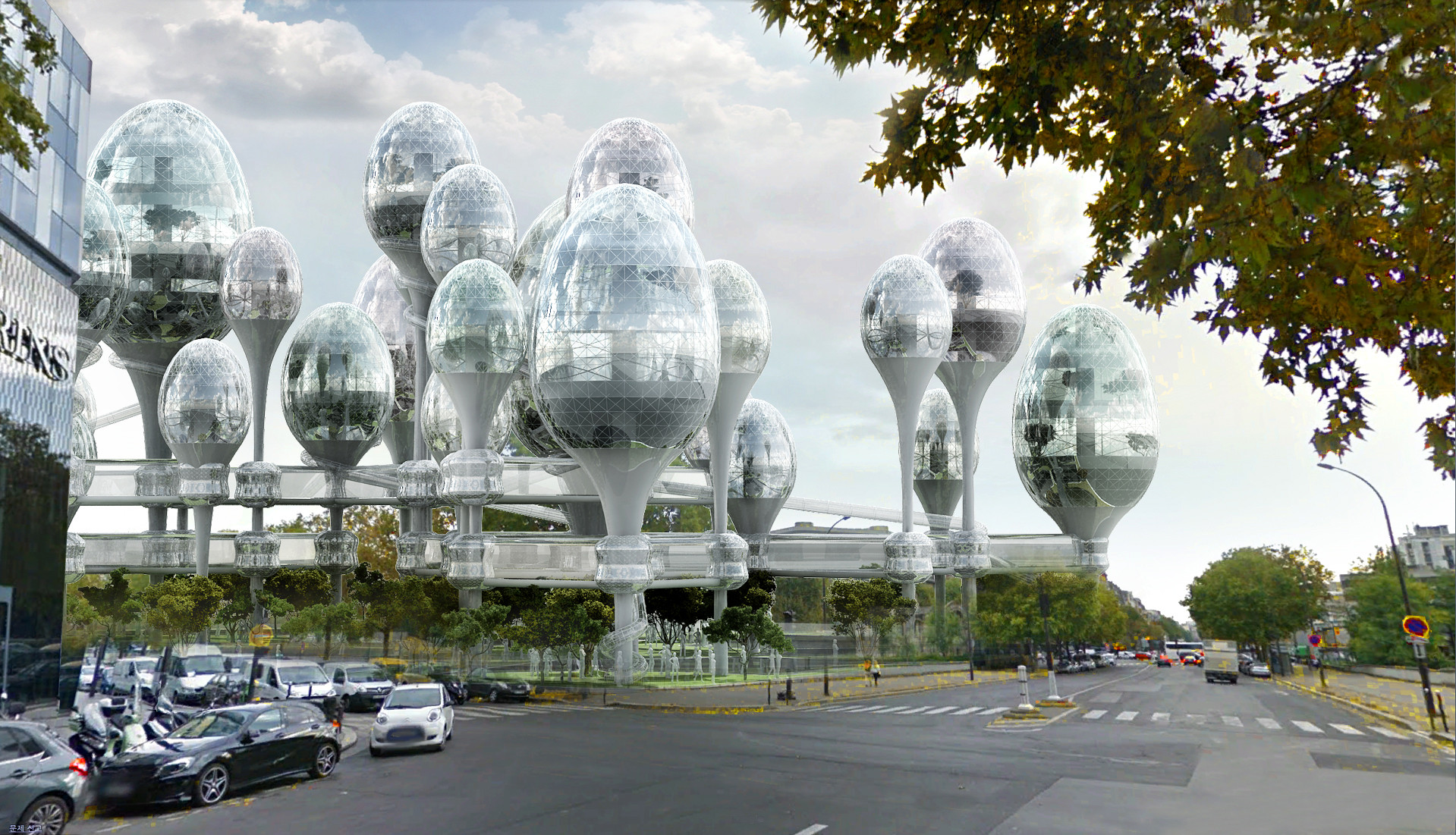 “The concept of L’air Nouveau de Paris (New Paris Air) is a practice of consilience of space which suggests the air of Paris for the 21.5th Century,” says the Seoul-based practice. “The architecture design was, basically, not followed by the typical form and context of a building. As linked directly and indirectly each other, spaces floating in the air has unique organic structure with the consideration of individuality and connectivity at the same time.

“Composition of program are habitation, office, hotel and the rest will be commercial facilities. Moreover, it is expected to have a new inspiration and synergy from the space that the individual and organizations of various categories (as entrepreneurs, researchers, artists, etc.) interact on each other in this physical network to make a space of new creativity.

“Placed on void of the road between two bridges, the architecture is penetrable and accessible from various axis making the most of the existing stream and green network. By put in airs, it s possible to coexist and harmonize within nature and the environment.”

The proposal was a response to the City of Paris’ call for innovative proposals regarding 23 city sites aiming to “Reinvent Paris.” 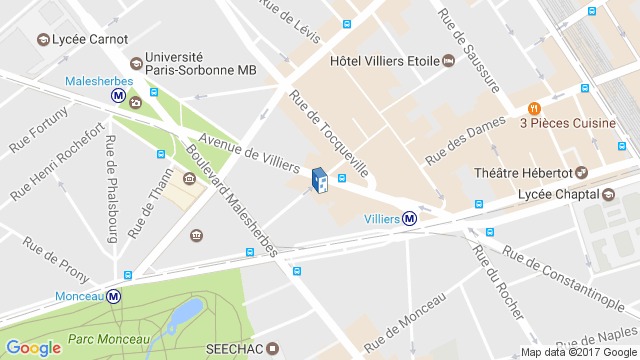