A new aerial sculpture by renowned artist Janet Echelman has been installed at the Bill & Melinda Gates Foundation campus in Seattle. Entitled "Impatient Optimist," the sculpture consists of a custom net structure suspended above the courtyard, resulting in an ethereal floating surface which seems to defy gravity. The award-winning artist's piece hovers above the city as a symbol of connectivity and stands as a testament to the impact an individual can have on a broader scale. 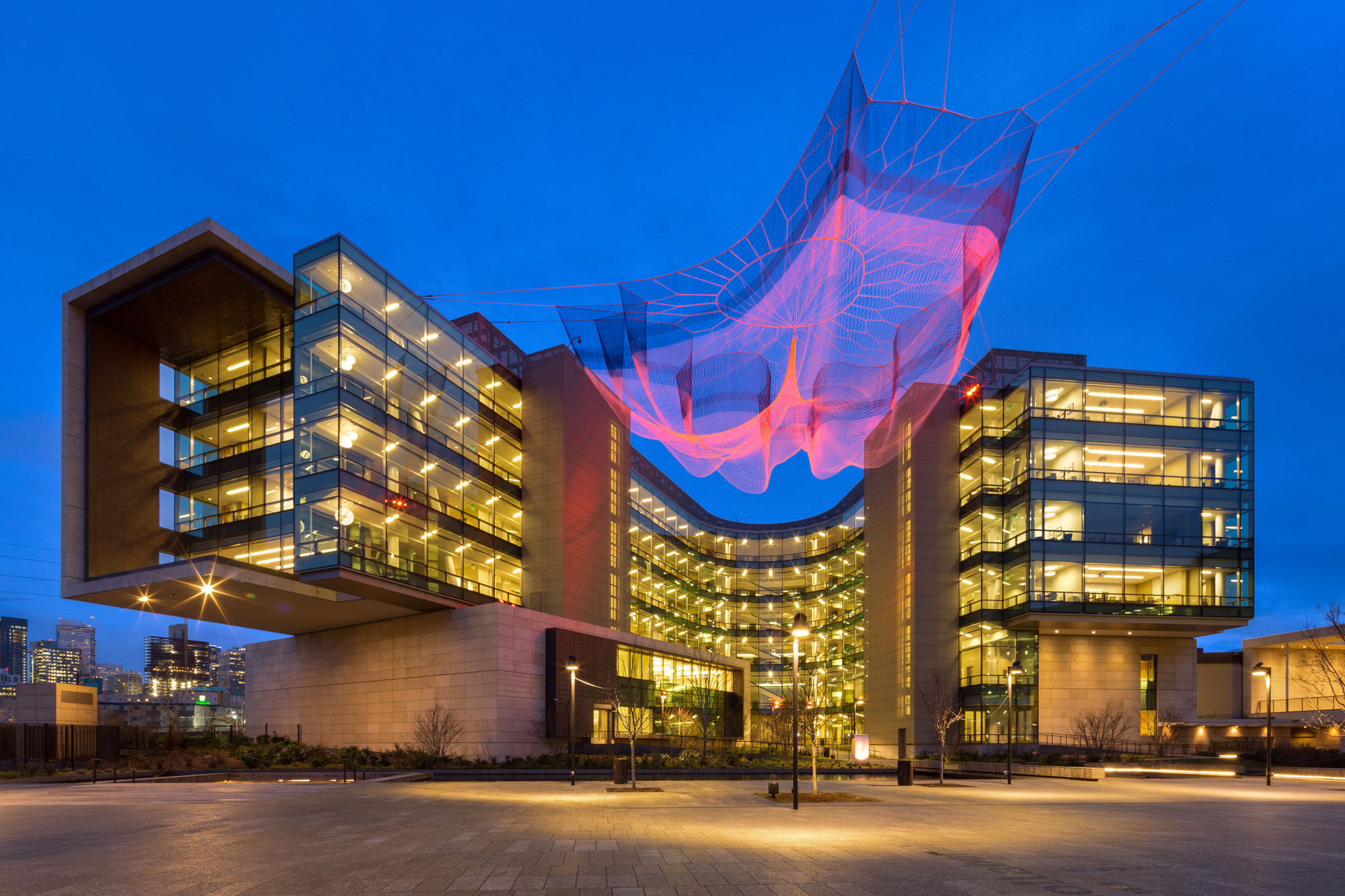 Echelman's art stems from natural forces, interacting with them to create shifting pieces that bring people together beneath them. Combining simplicity of material (lightweight fibers) with complexity of structure, Impatient Optimist appears to be a living, self-supporting surface. Its termini are anchored to two of the Foundation's buildings, allowing its impressive span over the courtyard space below and resulting in a large enough surface to be seen from a great distance away. By stretching outward from the Foundation, "Impatient Optimist" symbolizes the global work being done there as the services concentrated at the campus are distributed worldwide.

In addition to its presence as a whole, attention to detail is paid to the individual knots. Speaking to the idea that a single member of the Foundation can impact many lives through his or her efforts, Echelman utilizes ultra-lightweight fibers that individually are nearly imperceptible, but when connected, create a vast surface. To keep a captive audience, the threads are an array of colors, lending to a playful interaction with changing sunlight conditions throughout the day. At night, the surface is illuminated and acts as a beacon for the Foundation's offices, maintaining a strong, if not fluid, presence in the city.