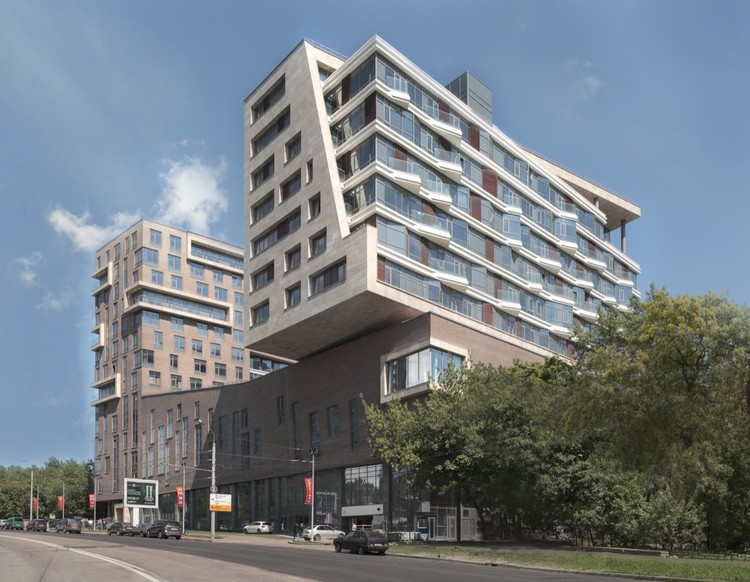 Text description provided by the architects. Barkli Park is a residential complex with sport-center of Moscow Committee of Sport. It is situated in the neighborhood built mostly in soviet period, but on the border of the historical park named Ekaterininsky. There was a small sport-school on the site previously, so the developer had to compensate spaces for it in a new building. It means that architects had two clients on the same plot.

The Moscow Committee of Sport decided to upgrade the status of former school and now it is The Center of Sport Innovative Technologies and Training of National Teams. One of the new things it needed the running track, the length of which could fit along the street only. That fact determined the composition of the whole building with private courtyard for residents inside (there is the wicket to the park). Atrium also made a design for sport-blok interior.

The proximity to the Ekaterinsky determined the design of facades, with their gradual visual dissolution as they become closer to the greenery. Architects tried to create dynamic plastics of glass part incorporating balconies and oriels in different parts of flats. On the other hand the park acquires a vertical dimension, moving through the yard to the floors and roofs of the complex. The project is nominated for LEED certificate and got two Russian green prizes while construction process. The two big volumes of the complex do not touch, but complement each other in their composition, while the break between them underlines the meeting of nature and monolithic architecture. This solution defined difficulty of engineering project – the 6 floors are beared by cantilever above the running track of the Sport-center. The system of deep beam was used for it.

This entire project is very experimental even from the investor side. In spite of using the materials cheaper because of the recession in 2008 the client upgrade the class of apartments to Premium and everything was sold. Another experiment is about decision of selling the south apartments with already done interiors (unusual practice for Moscow). There were 4 types of it created by yoo design and their creative director Philipp Starck. The interior of sport-center designed by Atrium Studio. 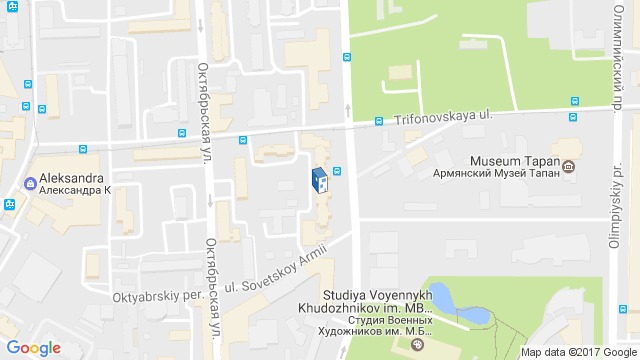 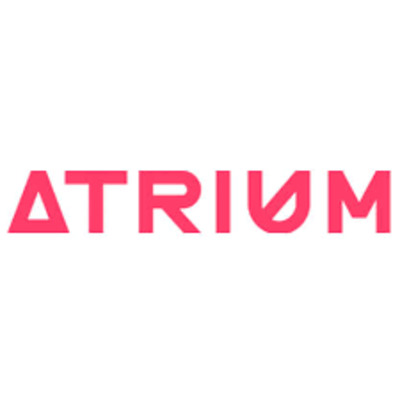