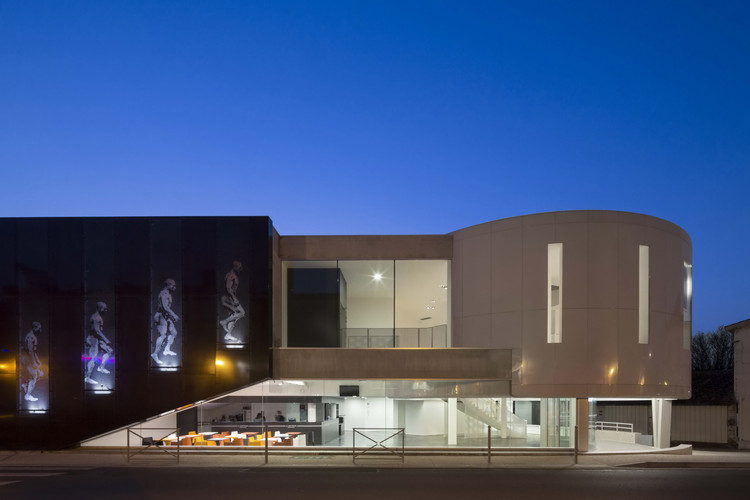 Text description provided by the architects. The Zoetrope is Blaye’s newest cinema. It includes two rooms of 280 and 120 seats respectively, as well as a café open on the town’s main street. The cinema belongs to municipal authorities.

Visible in the style of 1930s and 1950s cinema, when such venues were a place of life and not of mere consumerism, its program reflect a public ambition: offer a welcoming and comfortable space, where people can spend a good time before and after their movie starts.

To exist in the city, this cinema must be recognizable, its architecture singular. It does not want to blend in, it wishes to dialogue with the city, to start a vivid and periodic cultural scene. This project is a tribute to the history of film, to its mechanical debuts, a nod to the citadel at the foot of which it is installed.

This project is based on an analogy with the Zoetrope, a machine developed in the 19th century by William Horner, and consists of an image carrier cylinder rotating on an axis. The geometry of the lobby is constructed from this figure. The name is also a tribute to Francis Ford Coppola and his production company, American Zoetrope.

Friendly and familiar, it is a space the people of Blaye can make their own, the way we do when certains places become part of our family.

The cylindre, recalling that of the Zoetrope, is the reception space of the cinema; it attends a gallery that leads to the projection rooms. It is constructed out of metal and

The projection rooms are covered by micro-perforated metal plates. The images they depict are from Earwards’s Muybridge’s « Man ascending stairs ». 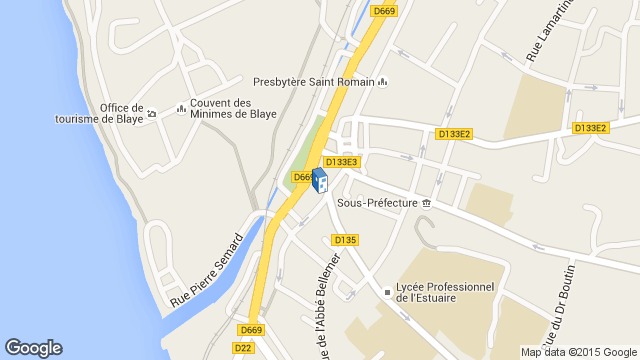