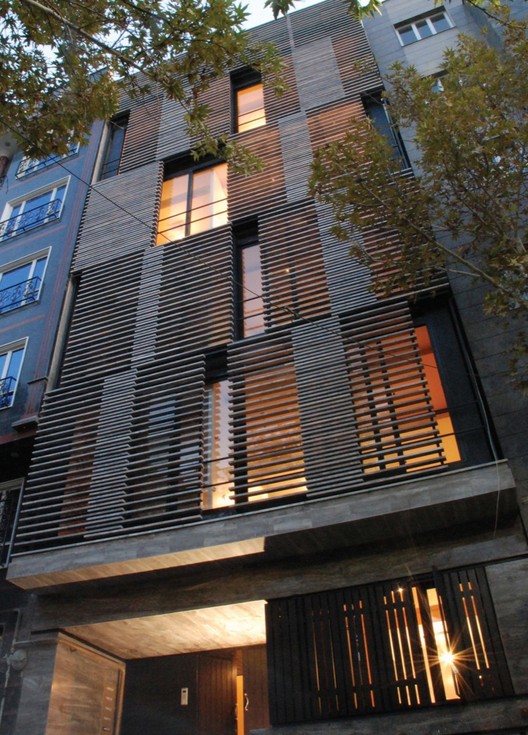 Text description provided by the architects. City of Tehran is an absurd constructed landscape. Here, the conventional typology for achieving high density which is that of towers, is replaced by a completely different spatial strategy whereas density is achieved through massive deployment of a mid-rise building type; which is that of four to five storey piloted apartment buildings. The dominance of this type has yielded a some what absurd urban morphology whereas the exterior manifestation of the apartment buildings from a street point of view are limited to a single two-dimensional façade . Further more, due to particular dynamics of real state market whereas the price of land in Tehran has reached unbelievable milestone, the investors demand architects to design for a spatial scenario whereas maximum allowed envelope is built to maximize the profit return of the investment.

The spatial ramifications of above mentioned morphology on one hand and the dynamics of the real state market on the other hand intensifies the importance of the façade design in the over all process of conception, development and implementation of buildings since investment on this single façade is the way to make the building standout in its context as unique and for that matter architecturally attractive. Under such circumstances, the architect does not have that much of maneuver in volumetric composition and what is left at the end of the day for the architect is basically the main façade of the building with the maximum depth of 20 to 40 centimeters to be actually designed. So, for every project the concern is how can we design this envelope, or façade in a way that the project stands out instead of fitting in, in its immediate context?

(2) providing design based variations that allow the building to stand out as a unique piece of engineering and artistic intervention in its spatial context,

(3) making sure that the adopted design strategies in spatial composition, proposed construction techniques and technologies and choice of materials are not compromising the financial reasonability/feasibility of the investment as a whole.

With the above mentioned goals in mind the design strategies that have been incorporated in conception and development of the architectural scheme are as follows:

Conceptualizing the architectural façade as an activated or animated Surface 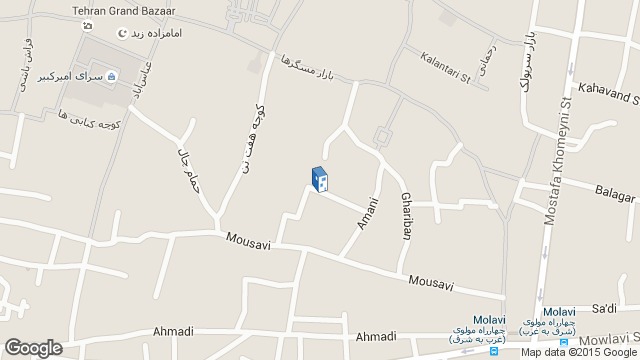