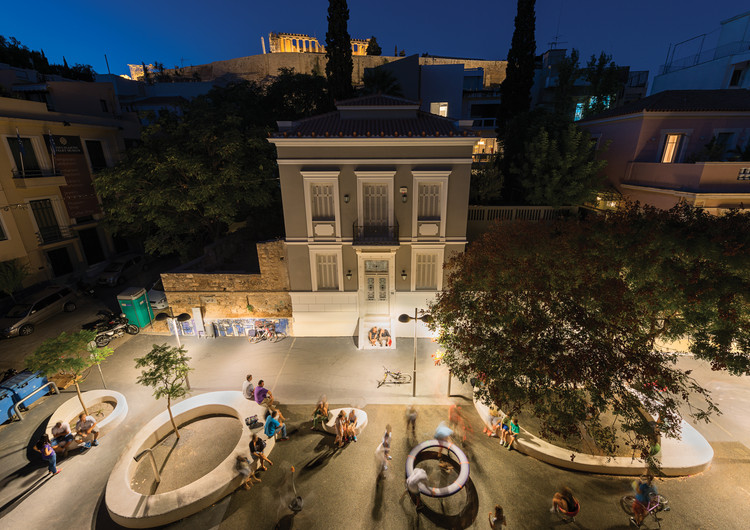 Text description provided by the architects. PXATHENS, the initiative

The project is the first initiative of the non-profit organisation ‘Paradeigmatos Harin’- developed in collaboration with the Municipality of Athens. The initiative strives to bring into creative contact donors, sponsors and citizens aiming to associate the responsibility for solidarity and offering with individual effort for participation and progress.

Starting with the pilot project, an expandable network in the central neighbourhoods of Athens is being established. Two spaces for play were implemented in the first phase of the project setting a prototype for a major renovation plan for the playgrounds of the city.

In the contemporary metropolis spaces for play are the fundamental public spaces in which social development, movement skills and team spirit of the youth are enhanced.

Athens’ spaces for play are repetitive and standardised. They reflect the utter lack of imaginative perception in design and they constitute a sample of a random implementation process. Even though some meet the safety requirements, overall they do not possess any pedagogical quality or value. In their majority the spaces are degraded to the degree of even being dangerous.

The envisioned PXATHENS’ spaces for play will not only offer the ‘in-situ’ joy of the discovery of nature, confirmation of physical skills, observation and exploration, social coexistence in an autonomous, familiar, safe environment, in contrast, their interconnection will define a physical and digital network of play, to which everyone, -young and old- will have unlimited -real but also digital- access.

The space for play stretches on the foothills of the Acropolis, alongside one of the City’s most important pedestrian streets which leads to the New Acropolis Museum. The north side of the street is defined by six separate ownerships and buildings of different periods, while the south side is occupied by an elementary school designed by Patroklos Karantinos.

The entrances to the ownerships -the thresholds- attributed rhythm and character to the intervention. Their reinstatement determined the organisation of the space, which thus was divided into six sections, on the projections of the ownerships’ boundaries. From the west to the east, the first, third and fifth section, accommodate the access to the school. On the south side of the second and third section is where the main playing area is located, surrounded by concrete configurations of parabolic shapes which become sitting and playing elements engulfing existing trees.

The undulating, open, flowing space for play enhances the democratic character of the traditional pedestrian street offering indiscriminately to all a safe, intimate and accessible space for everyday interaction. With regards to children, they are granted the unlimited possibility to translate and integrate the space in their games, in a condition of a perpetual rearticulation of their own realities. 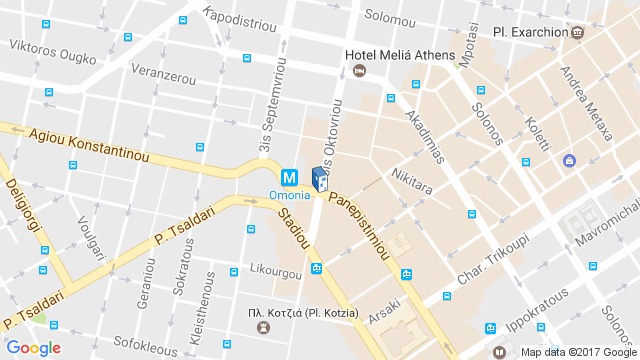