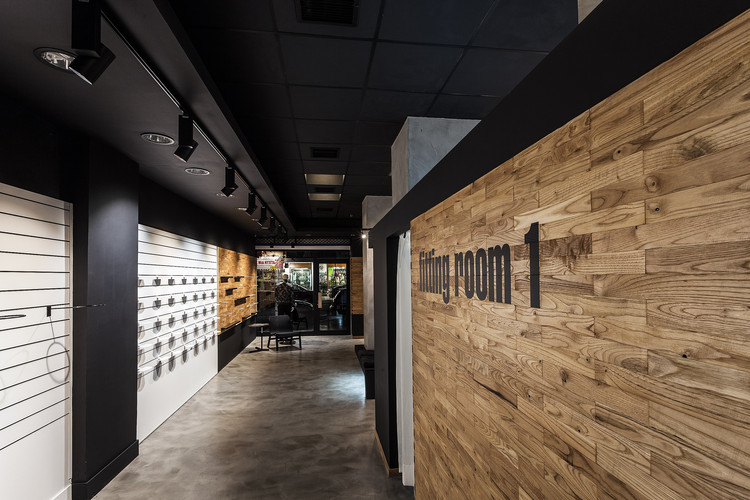 Text description provided by the architects. The store is located on the ground floor of a 7 storey building. The space is 16.78m long and 6.26m wide and it is notionally divided in half by three vertical structural elements (columns).

The brief’s key points were to design a space that wouldn’t resemble a conventional athletic footwear store but a “contemporary lifestyle boutique” with a tight budget and timetable.

The client insisted on the importance of storage space for the efficiency of the store and requested a dedicated space at the back of the building to serve that purpose.

Although the project initially started as a footwear store only, it was decided later on to include clothes as well. This created the need for an enclosed space that would be used as fitting rooms. Since the space at the back of the building was going to be used as storage, the fitting rooms had to be placed on the store’s main space.

The secondary enclosure “wraps around” columns 2 and 3, creating two identical fitting rooms that are wide enough to be functional but also narrow enough so that they allow unobstructed views towards the back of the store.

The main space was left as “free” as possible without any permanent fixtures, in order to retain a certain amount of flexibility in regards to the positioning of items, display units etc.

The main source of artificial light consists of a series of track spotlights on either side of the store where the main display area is located. The middle part of the space is lit by a series of light fixtures placed in recesses of the ceiling. The combination of these two solutions, create an unevenly lit space, with a more “theatrical” and strong lighting for the display of the items and a more relaxing condition in the middle. 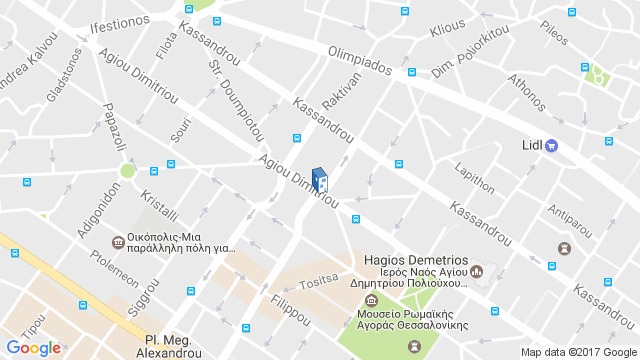 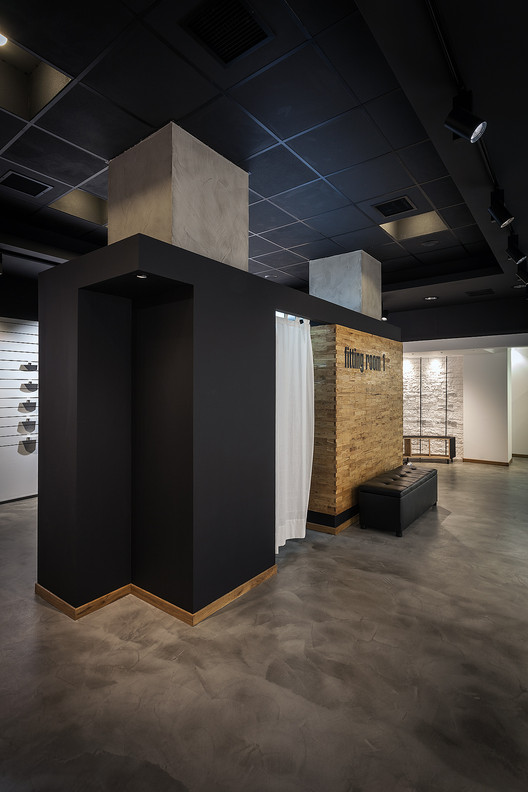 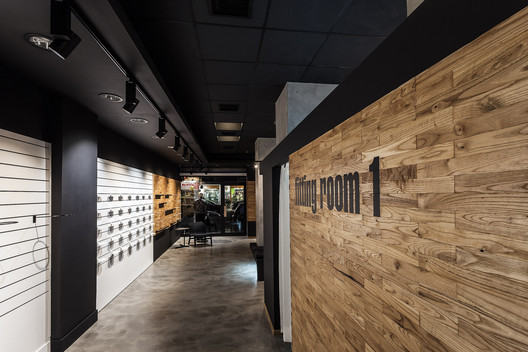