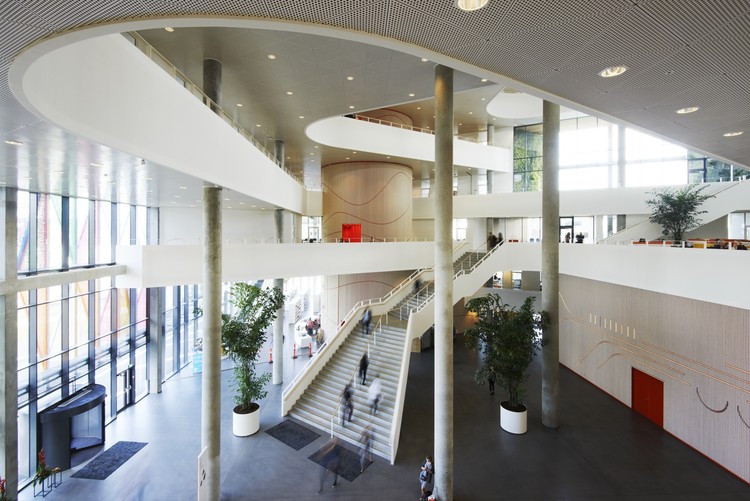 Text description provided by the architects. With its triangular shape, Kolding Campus will create a significant new landmark in Kolding. The building is located on the Grønborg grounds in the centre of Kolding close to the harbour, station and scenic attraction of the river. Kolding Campus will create a new central plaza by Kolding River and will thereby form a close interaction with the other educational institutions of the town, Kolding Design School and International Business College Kolding.

The facade is an integrated part of the building and together, they create a unique and varying expression. Inside in the five floor high atrium, the displaced position of the staircases and access balconies creates a special dynamics where the triangular shape repeats its pattern in a continuous variety of positions up through the different floors. The activities open up towards the town so that the campus plaza and the interior study universe become one interconnected urban space with a green park at the back and a common recreational town plaza at the front.

The daylight changes and varies during the course of the day and year. Thus, Kolding Campus is fitted with dynamic solar shading, which adjusts to the specific climate conditions and user patterns and provides optimal daylight and a comfortable indoor climate spaces along the façade.

The solar shading system consists of approx. 1,600 triangular shutters of perforated steel. They are mounted on the façade in a way which allows them to adjust to the changing daylight and desired inflow of light.

When the shutters are closed, they lie flat along the façade, while they protrude from the façade when half-open or entirely open and provide the building with a very expressive appearance. The solar shading system is fitted with sensors which continuously measure light and heat levels and regulate the shutters mechanically by means of a small motor.

German artist Tobias Rehberger has created the decorations for the SDU Campus Kolding. The decorations are centered on ‘time’ as a theme. They appear as building integrated clocks on the façade, by the auditorium and more classrooms. 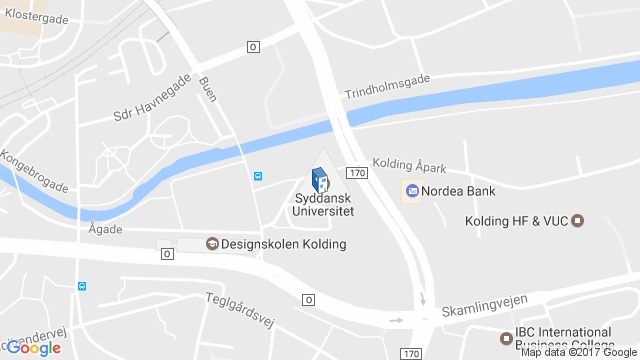 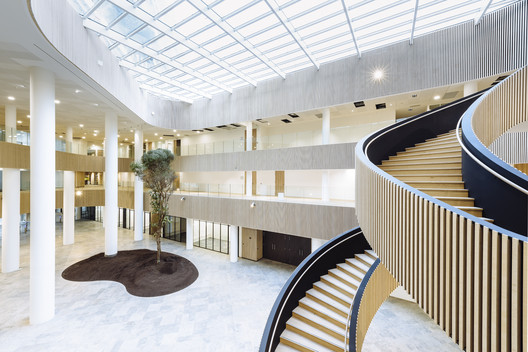 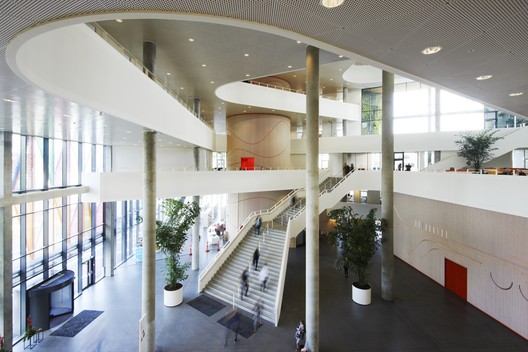