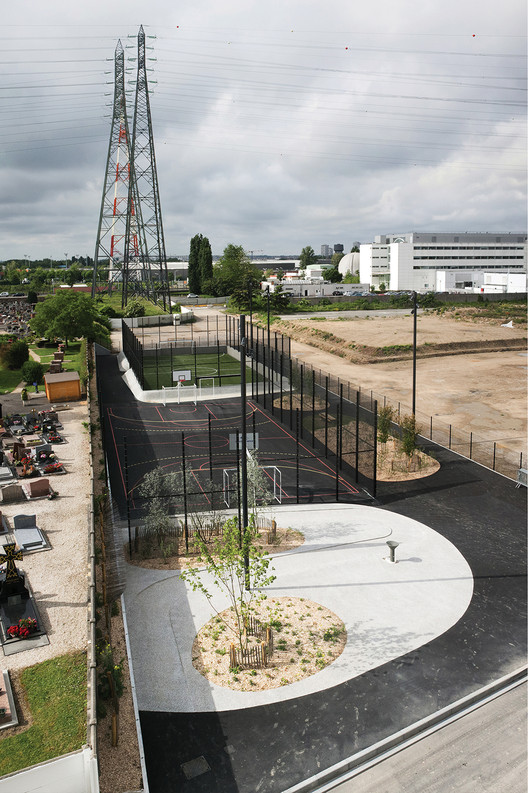 Text description provided by the architects. Embedded within the boundaries of the ZAC (coordinated developed zone) Chantereine, the “evolution” grounds of Alfortville represent a qualitative approach to which we lay claim in this district’s public spaces, and more generally in today’s city. Thus, the playground becomes a truly architectural space, integrated in the urban structure and open to the city’s other practices.

The principle governing the ZAC is to reinstate the Chantereine district in the urban dynamics of the southern area of Alfortville: underscore the relation to the river Seine, reorganize the relation to the city. It also aims at renewing of the housing offer and at an urban level, reconfigure the complete area, integrating new outdoor spaces.

The importance given to detail (ground, morphology, folds and boundaries) allows us to offer to the young people of the ZAC, beyond a simple football ground, a “configured” space, space of encounters and exchanges.

Precisely, the ground, part coated, part concrete, is thought as a soft surface, enfolding, backing the perimeter of the sports ground, or receiving the handicapped ramp, inserted as a slight urban hollow.

We have also thought the enclosures according to their typology: the football ground is completely surrounded by a welded wire fencing, with a fine transparent lattice, while the “evolution” ground is surrounded by a hybrid enclosure, the wire fence backed in part by a concrete wall, separating it from the nearby cemetery. This ground is open onto the public space, the practices of different sports being the only parts separated by wire fences arranged in a quincunx. Here, the enclosure defines precise uses of the grounds in the heart of the public space, which becomes place of passage and of exchanges.

Finally, we sought to build a self-sufficient space even if it is empty, a landscape that composes with the rest of the park, a ground where the fold of the concrete and the sports ground have the same importance, a domestic urbanity. 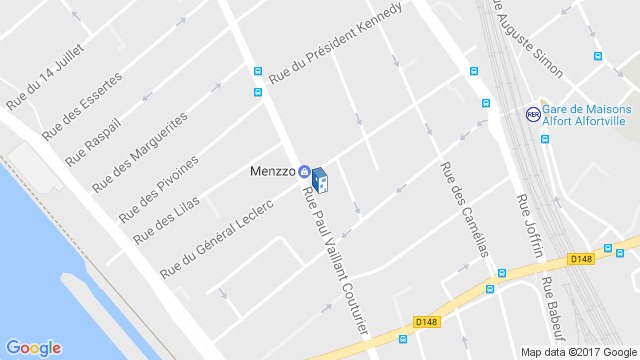