Save
The Dox House / Mjölk architekti 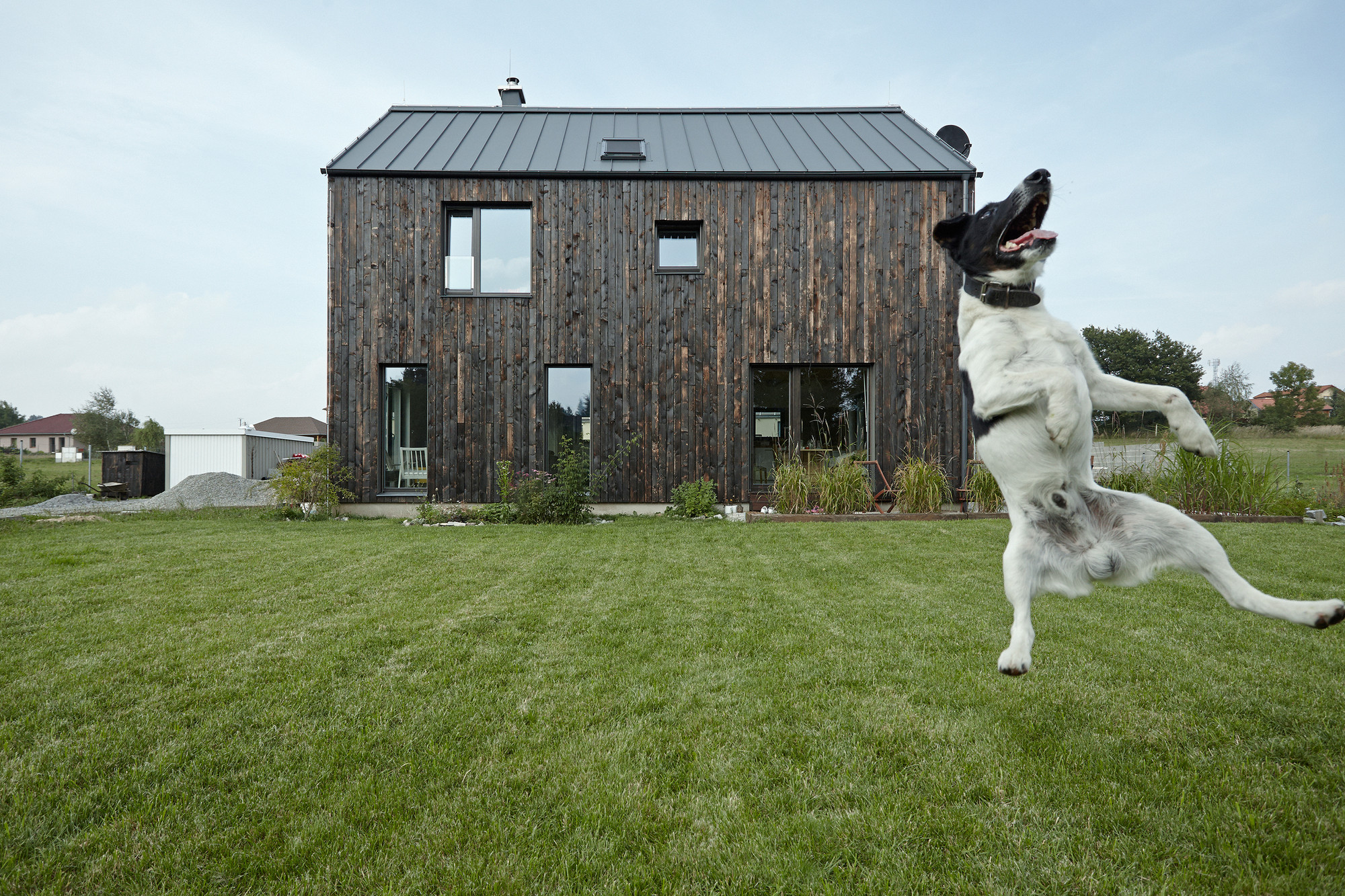 Text description provided by the architects. Katka and Honza are cooking all the time. So they decided to burn their new house as well. But not from ground to top. Just only all around. Their boys are wondering around with hands full of coal looking forward for winter and making snowman. Hopefully there are some coal buttons left for snowman coat. Katka is harvesting carrots for his nose. Just tomcat with dog are sharing doghouse together. Spending long evenings trying to wake up memories for lovely and warmy flat in Prague.

That house had through it´s creation own working title. Once received the facade, which is more common at far east, nobody around  call it otherwise than Uhlík (Carbon). The family who lives there  expand shortly after the completion from  four to five. However, the master of the six men (including dog and cat) is a single woman. The surrounding garden and cultivating vegetables behind the house are her domain, then the boys belong to driveway and garage. The latest addition to the family made  the children's room in future counting with split into two halves remains rather long period common. This will approach the construction zone sleeping in the open truss.

The disposition of that house on 10.5 x 7 m grew up on a flat, open landscape in direct contact with the surrounding buildings. Main view is open to the south in front of near forest. House efforts to embrace the inner central staircase. It´s doing not only because to divide interior´s spaces or create   recesses of kitchen and study but let them interconnected as well. Technical background is in the  hall, some of it (the washing machine) fit well under the stairs.