The results of the Red Square Tolerance Pavilion Competition, hosted by Homemade Dessert (HMMD), have been announced. Placed directly in the center of Moscow's Red Square, the competition asked designers to advocate the many facets of tolerance (social, religious, and political) by manifesting them in the form of a temporary pavilion. To further enhance these ideas, the pavilion is not only a symbolic space, but an educational one, with lecture halls and exhibition areas as its program, encouraging entrants to promote tolerance in all aspects of their designs.

View the winning designs after the break. 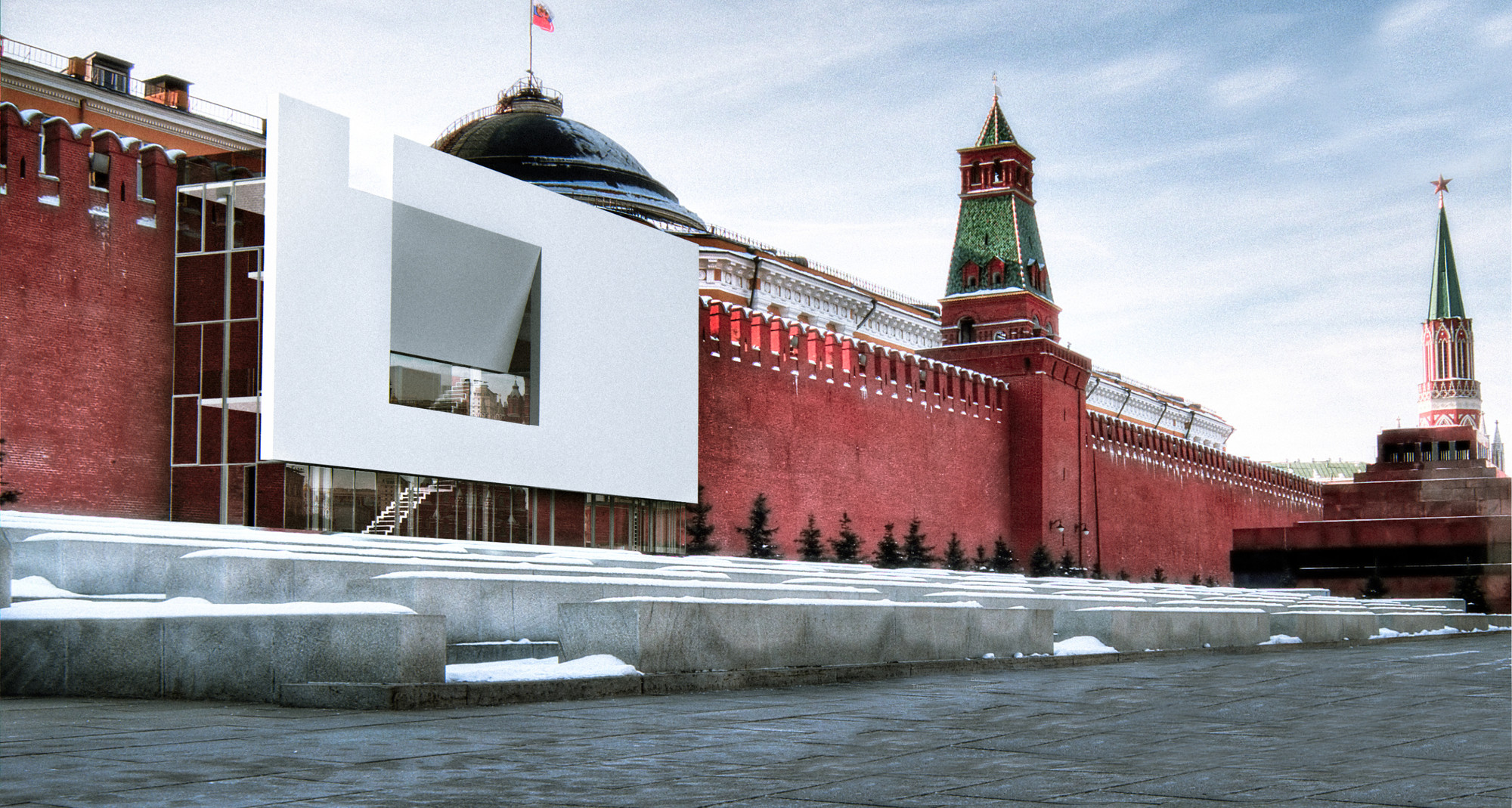 Of the competition's 120 submissions, three were chosen by an international jury as winners, each receiving a monetary prize between $500 and $3000, with several more awarded honorable mention. These projects were selected based on various criteria, including the originality and strength of the concept, quality of the presentation, and the designs' influence within the social and political realm. The greatest consideration was given to the concepts' ability to exhibit the idea of tolerance as a lingering presence in the Square.

The winning entries each utilize a unique approach to creating lasting impressions of tolerance within the Red Square. From demarcating old from new through the use of color, to figuratively barricading the space from its history through the pavilion's placement within it, the winning projects all act as symbols of a hopeful future. They not only conceptually integrate the notion of tolerance, but also physically encourage public interaction, providing a real-world lesson in what they represent by bringing people together under one roof in the name of acceptance.