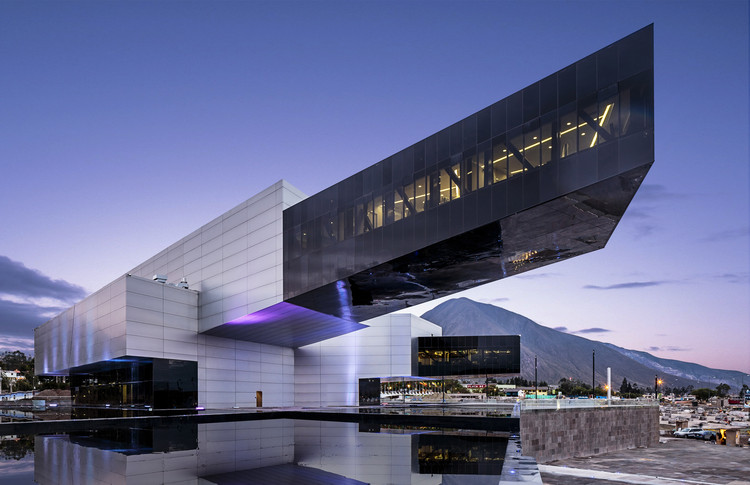 Text description provided by the architects. The site of the proposal has been conceived as a continuous environment without barriers and open to the public transmitting dimensional dynamic space (proposal) to the mentioned Complex. Likewise, the proposalis setback generating a large entrance plaza to the project not only, but as a gesture of respect and contribution to the immediate environment.

UNASUR´s building, has a horizontal type that does not exceed the height of the monument, is located in a lower level and even solves 75% of its program underground; including significant areas. In this way the impact of a volume with a high requirement of areas is minimized.

The project for UNASUR has not only analyzed the proposal within its limits; It is a socially inclusive proposal that generates open spaces for the community, a library and recreational areas.

Formally the new building appears as a volume like an ascending U delimited by three virtual axes: The North-South axis, the projection of the proposal with La Mitad del Mundo City and the combination of these axes in 47 degrees, resulting from the sum or displacement of maximum declination north (23.5 degrees) and maximum declination south (23.5 degrees) of the sun in relation to the equator. The rest of the architectural approach is enrolled in the East-West axis.

The volume is a massive piece by contrast rises and is projected as metaphore of freedom. The building has been designed as a sculptural connotation to surprise and show a different image depending on where it is  appreciated. The building is composed of a double skin, the first solid and blind in contrast to the second light and transparent. The blinded skin (or buried skin) is the skin that is required and according to the program it belongs to public spaces, and the translucent skin (paradoxically) belong to the private spaces; transparency sensations, vertigo and weight simultaneously coexist.

Structurally the predominant materials are concrete and steel. The proposal of a solid core of reinforced concrete where two large metal trusses were anchored in a way of an habitable beam. The structure results in a positive, proactive and strong iconic image system. This scheme is also largest armor flown in South America with 55 mts. without support, modeling technology, drive and creativity.

UNASUR have incorporated more than 73,000 m2 of new green areas that have been reforested, over 160,000 endemic trees in the immediate environment.

The interior design proposes fluid areas, thanks to its configuration and use of materials. A palette of neutral colors protocol is used. The use of glass adds to the idea of conveying a message of social and political transparency; peaceful, open and productive spaces without major distractions.

The minimalism of elements in the highlighted area outside the building and cleaning your architecture, and facilitating the organization of public and formal events. The large body of water like base accentuates and dramatizes the reflection effect of a monolithic body suspended in the air.

In conclusion, we can say that this is a worthy proposal balanced combination of functionality, symbiosis of conceptual and pragmatic in an iconic project understated aesthetics. 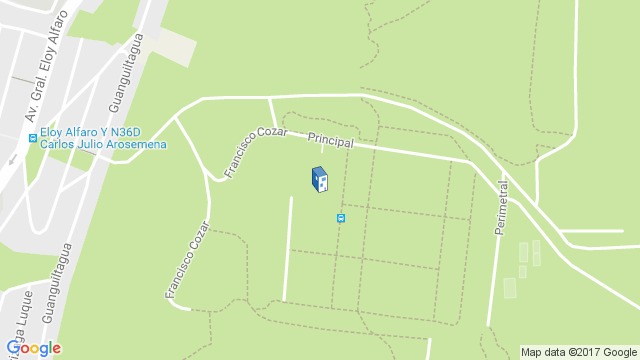