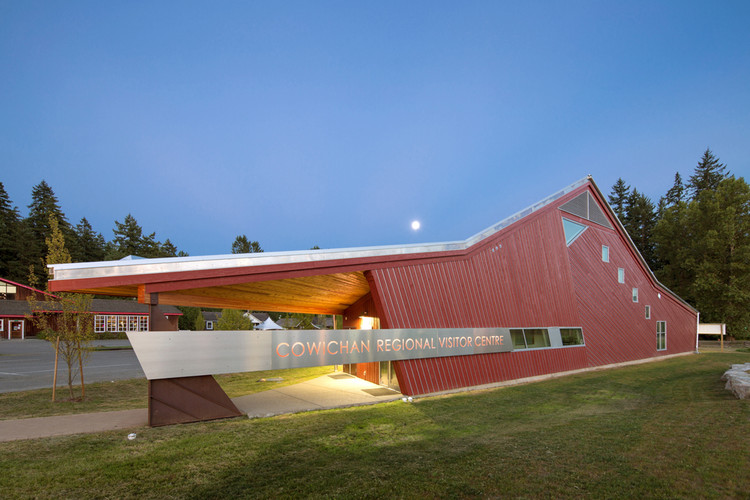 Text description provided by the architects. The Cowichan Regional Visitor Centre is a new place in the Cowichan Valley for public gathering, exchange and display. It was developed as a joint venture between the BC Forest Discovery Centre, the Chambers of Commerce of the Cowichan Valley, and by the Municipalities of Duncan and North Cowichan. It has been described by locals as a "public living room" - and this vision became our mantra as the project moved forward.

When CAL were engaged as architects, the project had been through several years of stop and start development, and lack of agreement between the project participants. It proved to be an important role for us to act as referees and team builders, and we helped re-define the project and the cooperative relationship between all the member groups who had been trying to move the project forward.

We have been involved over the past several years with exploring how local and vernacular traditions can open new ways of making contemporary architecture; and as our discussions evolved, the importance of local agricultural traditions in one of Canada's most fertile areas became more and more central to our discussions. The traditional barns of the South Island have evolved a striking consistency - with their central steep-roofed gables and "gull wing" extensions of shallower roofs. These gull-winged barns are a wonderful iconic presence in the local landscape, and though often overlooked by locals, as familiar surroundings often are, they help make the Cowichan Valley special and identifiable. This form suited the functional requirements of the development, and provided an excellent framework for architectural exploration.

The site plan evolved independently from any architectural decisions, and the resulting framework of a new park, entries to the existing museum, a natural bio-swale, and the requirements for the new building lead to a triangular building form between the central parking lot and bio-swale and the highway. With this as a discipline on the exterior form of the building, we started our design explorations with a traditional rectangular barn and cut it in half on the diagonal - creating a triangular building with one typical barn elevation to the south and an elongated barn form facing the Trans Canada Highway; this stretched form creates an exaggerated billboard along the highway, and when approached from the north it is compressed into a front elevation of a typical barn - presenting a strange double entendre to those who arrive from the north. The cut barn was then cut two more times: first at the south to create a front portico facing the park and the Forest Centre grounds, and second at the north to create a covered entry from the northeast.

The building is constructed with locally harvested wood, and clad with local cedar - reflecting the traditions of rough wood board and batten siding, but with the twist that the battens are reversed and lined with galvalume flashing - reducing rainwater intrusion in the building envelope and creating a strong architectural presence.

Social and economic-A centre for commercial ventures to exchange experiences and present themselves. A place for social exchange and learning. An increased sense of place and importance within the cultural landscape of Vancouver Island. Joining with the Forest Discovery Centre - guaranteed continuity and increased use for an important but under-used museum.

Site planning - A new public park as destination and as transition between the two cultural centres. A bio-swale to relieve intense winter rainwater flows and to facilitate percolation - and to treat surface water flow to a neighbouring marshland. Development of two marsh/swale areas as habitat and rainwater percolation zones.

Energy use reduction - The building features innovative technologies intended to reduce energy and resource consumption. Radiant heating allows occupants to be comfortable at a reduced ambient temperature. Sunlight from south facing windows warms pipes embedded in the concrete flooring - and the pipes circulate liquid to move solar heat throughout the building - (our "osmotic equalizer"). Pacific SmartWall®  wall construction for all exterior walls. When the Visitor Centre holds large events, carbon dioxide sensors detect the increased occupancy and open ventilation louvres at the building base and in the high ceiling areas. The ventilation system takes advantage of natural convection rather than mechanical systems to move fresh air through the building. Rainwater collected from the roof is captured in a cistern for use in irrigation and for flushing toilets. Site design takes advantage of natural drainage patterns and builds on existing wetlands. 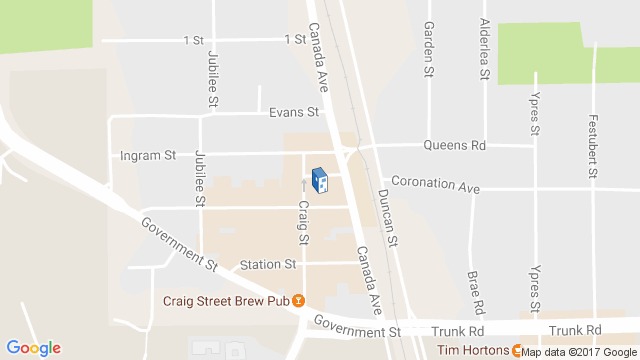 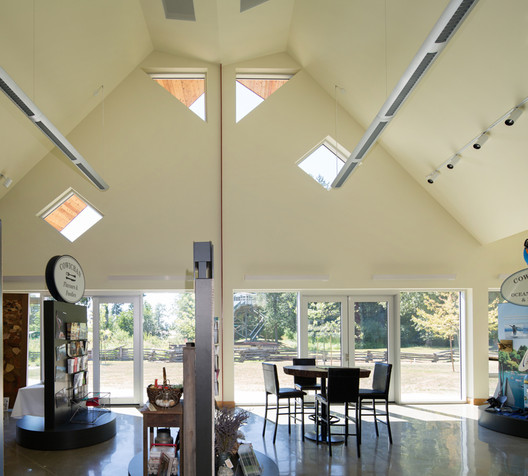