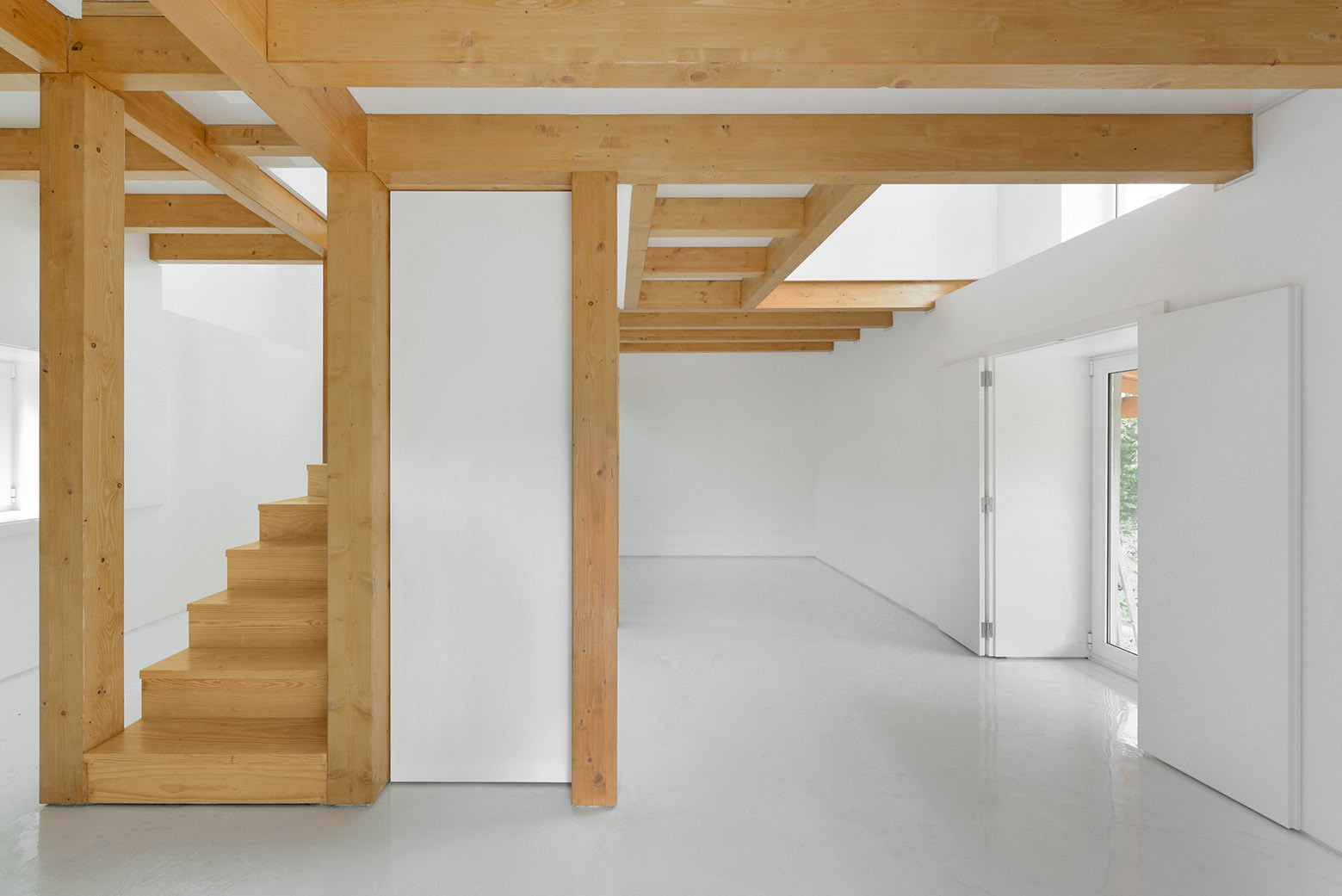 Four thick stone walls are the remaining elements of an ancient rural house. Like a box open to the sky, these walls enclose a volume that is no longer divided in two levels, but presents its real volumetric potential.

A traditional pitched roof is placed to cover the top of the box. Inside, the wood structure that supports it is expanded vertically, trespassing the house in all its dimension, both dividing and hierarchizing the space.

The habitable areas then occupy the interstices of this clearly defined geometry of wood pillars and beams. Private spaces that require enclosure and intimacy - such as bedrooms and bathrooms - take place in three independent volumes embedded in the structure, hanging from the roof. The social areas occur at the groundfloor, organized around the pillars, emphasizing a sense of functional and visual continuity.