Save
Four Presidential Libraries for Obama to Consider
Share
Or
Copy 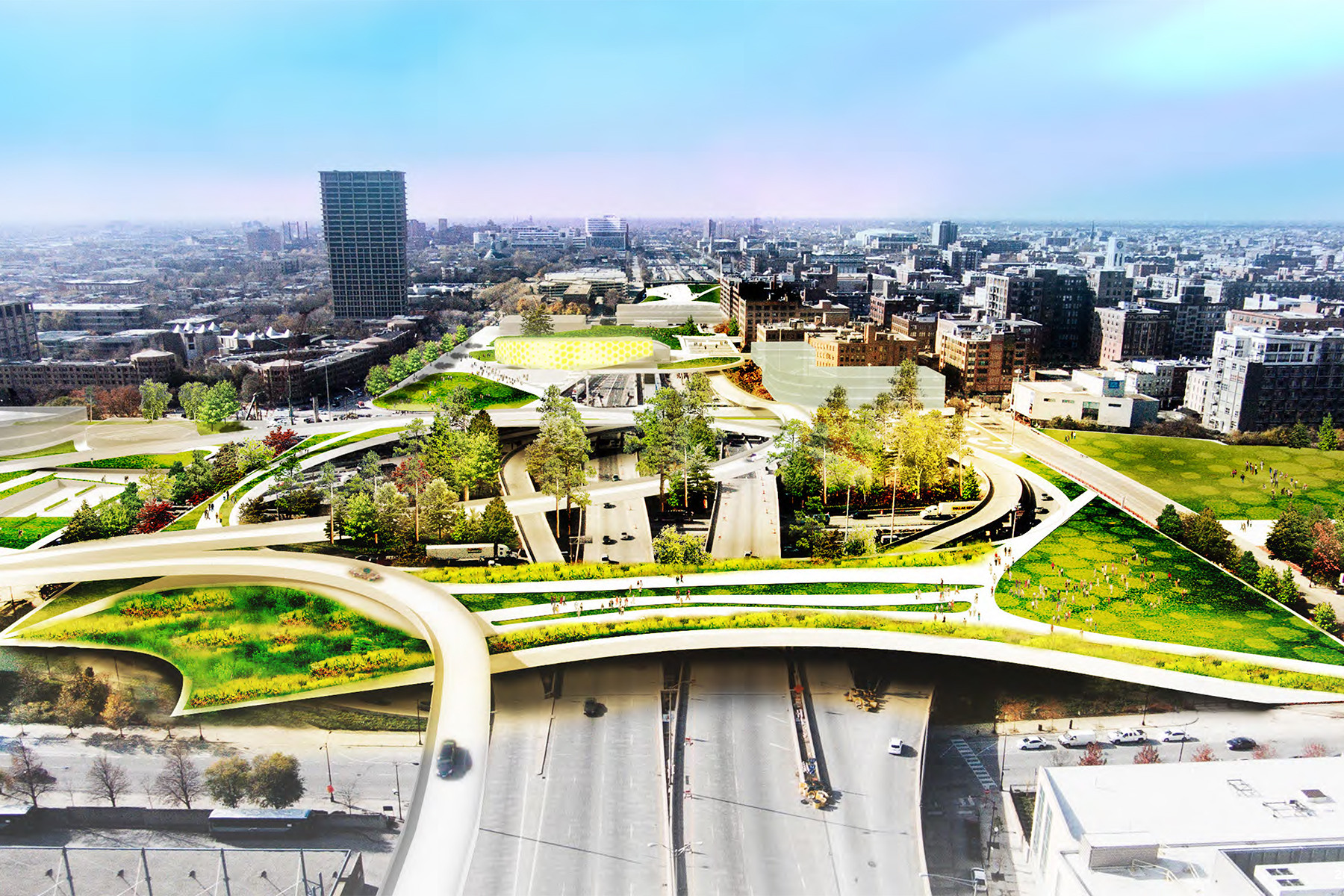 Snøhetta and WCIT Architecture at UH:

“According to the Kumulipo, a native Hawaiian creation chant, life begins with ‘āko‘ako‘a, a single coral polyp which over time creates the land and all life that inhabits it. As a diverse collective of individuals growing over many generations, the notion of coral parallels the ambitions of the Presidential Center to become catalyst of thought, action, and community. The genealogy of the proposed site itself, reclaimed land sitting above what was once the exposed reef shoreline, provides a historic precedent which reinforces this connection. Much like the polyp, the Center has the unique opportunity to create a new environment that encourages assembly, provides places to congregate, and creates shared community resources. He pūko‘a kani ‘āina. The coral becomes an island.”

“Our vision for the Hawai‘i Presidential Center seeks to engage the beauty of the land and culture that define the Hawaiian Islands, and to serve the mission of the Center as a space of dialogue and an agent for positive action on issues that we face as a nation and across the globe. It is inspired by the history and principles of President Obama, whom it seeks to commemorate and serve after the completion of his term of office. The design concept can be seen as the synthesis of three acts; each corresponds to specific aspects and core values of the Center: Land—‘Aina; Community—Ohana; and Integrity or Righteousness—Pono. The Center stands for the values of our democracy, the beauty of our land, and the resilience and ingenuity of our people. United under a single roof, we are reminded that we are stronger together.”

MOS and Workshop-HI at UH:

“The proposed center celebrates the diversity of Hawai‘i’s natural environment by expanding the adjacent Kaka‘ako Waterfront Park into a campus of interconnected pavilion structures, publicly accessible courtyards, a ramped landscape podium, and a large park-like roof structure composed of community and public gardens. Walking across the roof, locals and visitors explore a wild landscape of native and endangered species on the mauka side, or circulate through a series of gardens and seated areas on the makai side viewing panorama that includes Diamond Head, the Pacific Ocean, and Downtown Honolulu. The building, through its design, aims to be as public and open as possible, to nature and to the community.”

University of Illinois at Chicago:

"The proposal outlines a vision for creating an east-west cultural and civic corridor extending from the lakefront Museum Campus through UIC to North Lawndale, uniting and serving community and academic purposes and establishing dramatic new public green spaces throughout the corridor." This would include a library and museum on a vacant, 23-acre city-owned parcel in North Lawndale, and the “O-4 Institute” for academic-civic collaboration at the corner of Harrison and Halsted on the UIC campus directly above the Blue Line’s UIC-Halsted station and at the hub of the city’s and nation’s transportation network.

A proposed Bus Rapid Transit line along Roosevelt would connect the new Obama Campus to the Museum Campus on the lakefront. Along the route, the proposal suggests “these developments would contribute to a re-densification and diversification of the residential grid, the expansion of Chicago Park District land and recreational facilities, and the provision of a civic destination accessible to a wide variety of communities.”

University of Chicago and Columbia have yet to release any proposals. The Obamas are expected to select an architect in 2015.